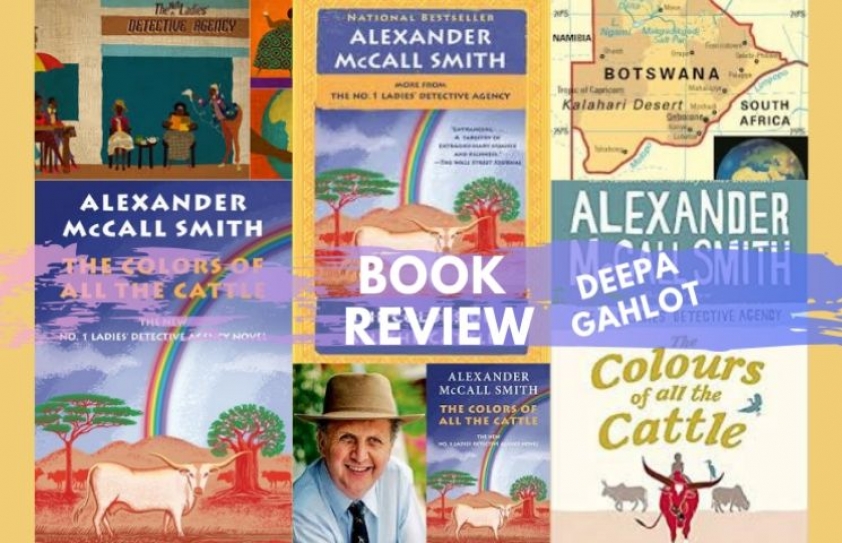 In the latest No. 1 Ladies Detective Agency series, The Colors of All the Cattle, Precious and her partner, Grace Makutsi are hard at work as usual, keeping criminals in check in the gentle city of Gaborone, the capital of Botswana, which remains in an era when computers and cell phones have not yet reached. Instead of Googling for information, the Ladies and their on-off assistants, young Charlie and old Mr Polopetsi, drive around the city and beyond looking for clues. Precious still works out of her husband Mr. J.L.B. Matekoni, garage, called Tlokweng Road Speedy Motors, keeps her mind sharp drinking red bush tea and runs up once more against the ubiquitous femme fatale Violet Sephotho.

Precious had started her agency, after a broken marriage and the death of her father. She was 34 when she used the modest inheritance from her father, moved to the capital Gaborone, bought a house and set up her office, with a book titled The Principles Of Detection, by the American Clovis Andersen as her bible, and a tetchy secretary, Grace Makutsi. 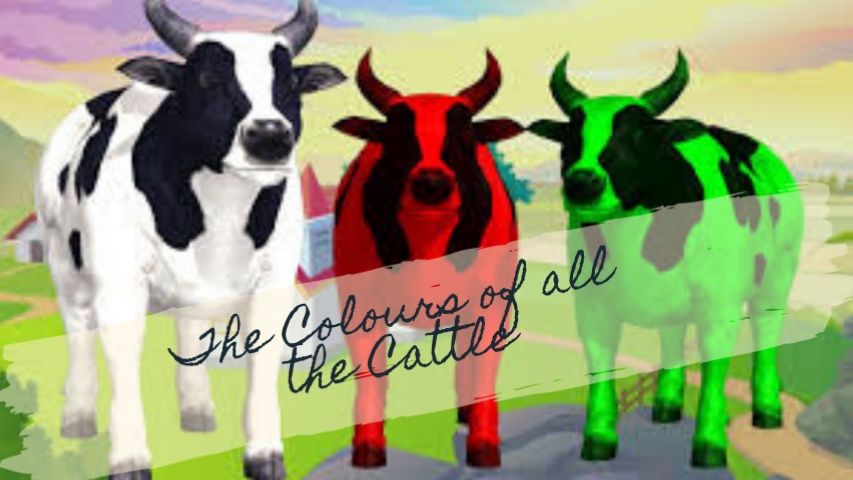 Over twenty years and nineteen books—neither Alexander McCall Smith’s Botswana, nor his  heroine, have changed much. Only Grace Makutsi keeps promoting herself to whatever designation suits her fancy and silently challenges Precious to contradict her.

The minor crimes and leisurely pace of Smith’s books in this series are what appeal to fans. In this one, Dr. Marang, an old acquaintance turns up from her village of Mochudi, and wants her to help trace the driver who knocked him down, injured him badly and fled. He does not know the make or number of the car, only that it was blue.

Meanwhile, Precious’s best friend, the formidable Sylvia Potokwane, who runs an orphanage and bakes delicious cakes, insists that the detective stand for council elections, and prevent the construction of the Big Fun Hotel, next to the local cemetery, where even the dead won’t be able to rest in peace.

The feckless Charlie woos Queenie, ignorant of the fact that she is the daughter of a wealthy man and sister of the muscular wrestler Hercules, who is notorious for breaking the bones of his sister’s suitors. Worse, Grace Makutsi has her first quarrel with her placid husband Phuti Radiphuti.

Precious Ramotswe may go all out to fight for justice, but is otherwise so peaceable and modest that she thinks it is somehow wrong to vote for oneself!  It is no spoiler for the regular reader, that Violet Sephotho never has a chance when up against the two Lady Detectives.  The Botwana stories are not always captivating, there has been a disappointment or two on the way, but loyal readers keep going back perhaps because Smith takes them to a world that seems like paradise on earth.

The Colours Of All The Cattle