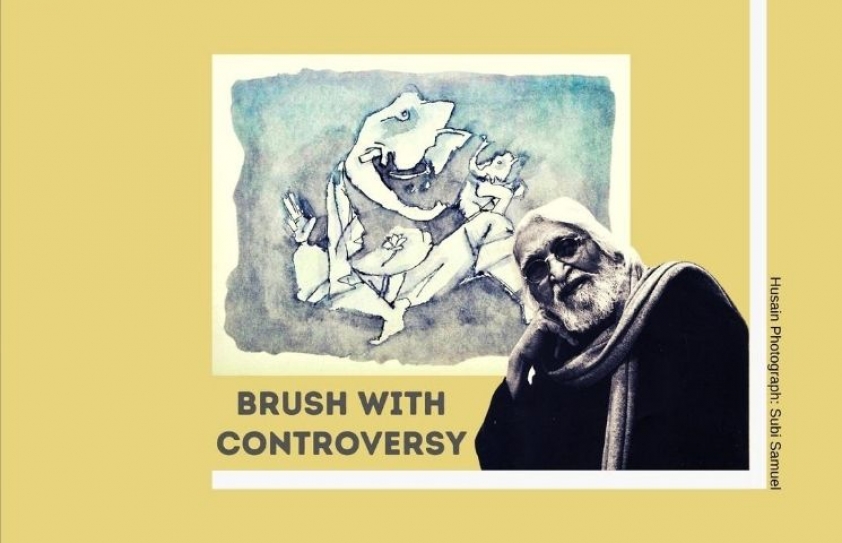 Khalid Mohamed recalls the needless controversy stirred up by a M.F.Husain artwork of Lord Ganesha, although his canvases, limited print editions and sketches are considered auspicious to date.

It was exactly six years ago, at August-end, 2014, that an artwork of Lord Ganesha by the late iconic artist M.F. Husain had stirred up a controversy and was banned from being exhibited at a prestigious exhibition in Mumbai.

This was three years after his death at the age of 95 in London.

A large canvas by Husain depicting Lord Ganesha, was removed from the lobby of Mumbai’s swishy J W Marriott Hotel at Juhu.

The canvas was described as the piece de resistance by art critics. It was part of the paintings on display in the hotel’s lobby, which was hosting Manifestations X1 in collaboration with DAG, the upscale Delhi Art Gallery. 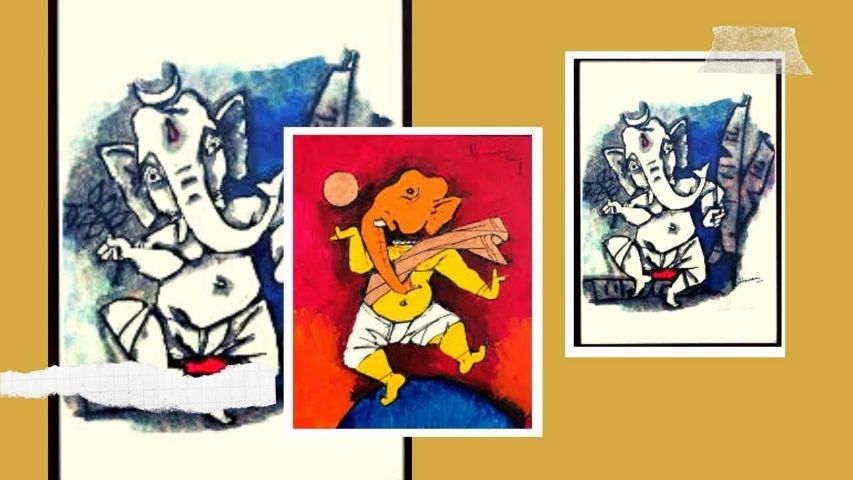 Among the 75 outstanding canvases, there were works by master artists Ram Kumar, S H Raza, F. N. Souza, Krishen Khanna and K. H. Ara. The Ganesha painting by Husain occupied pride of place in the lobby besides being printed on the cover for the catalogue dedicated to the show.

All seemed well, till objections were raised by some visitors to the hotel. A complaint was made to the management on-the-spot. To ensure a peaceful ambience, the hotel’s management and DAG apparently came on the same page. Removed the catalogue and the artwork and replaced it with another Husain work depicting tribals!

Paradoxically, the many paintings of Lord Ganesha by Husain, to date are considered lucky and auspicious by its collectors. Even the limited prints of Ganesha sell at premium prices, and are coveted particularly by industrialists in New Delhi.

In the course of an interview once, Husain had narrated that a business tycoon in the capital had sold off his Ganesha canvas, and subsequently faced a drastic reversal of fortunes. He pleaded with the artist, often described as the Picasso of India, to paint him another portrait of Lord Ganesha, and presto, the tycoon was back at the top of his trade. 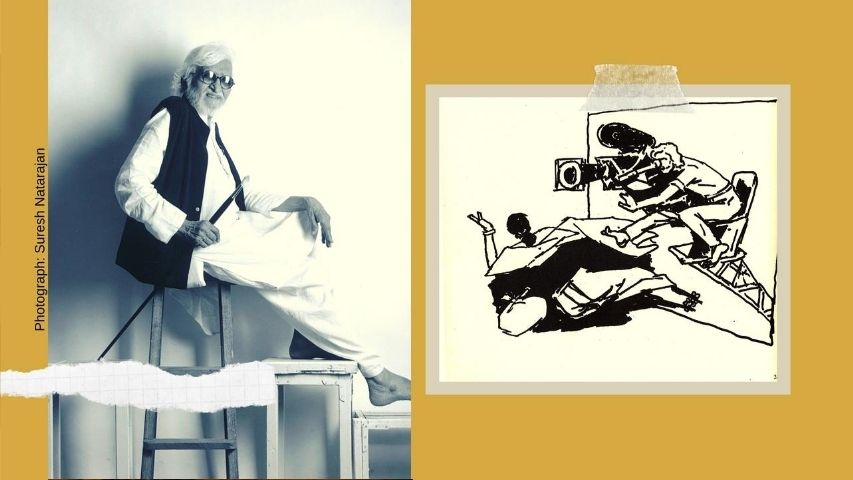 Of course, this story is apocryphal. Husain would say, “I don’t believe in luck at all. Neither am I superstitious. But yes, I felt good when that business tycoon was grateful. He told me that he would never ever sell any of my paintings and would preserve all of them in his collection. Few collectors actually say thank you.”

The nature of the objections to the Lord Ganesha canvas in the Marriott lobby weren’t forthcoming. It would seem that before the objections escalated, the painting was obliterated from the public eye. Its images, even on the internet, are no longer accessible.

At most, Kishore Singh of DAG had issued a statement, saying words to the effect that the artwork depicted Lord Ganesha on the lap of a woman, meant to symbolise his mother (whom Husain lost when he was an infant). And it was a pity that some had chosen to see the painting in a particular way.

Husain would have shrugged his shoulders stoically to this kind of a ‘ban’ perhaps. Following a spate of objections and legal cases objecting to some of his artworks on religious grounds, he had fled India and had adopted Qatar citizenship. From there he would travel to Dubai, New York and London. 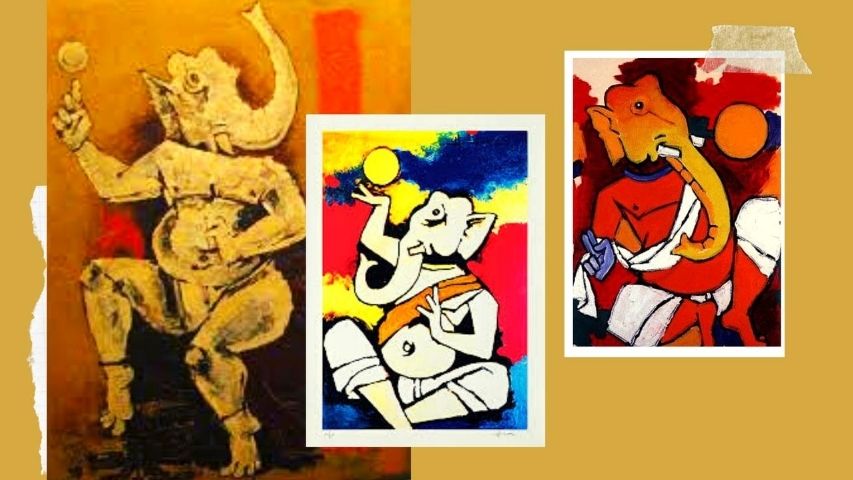 The snow-haired barefoot artist would long for a morning chai at the Kayani Irani café on Dhobi Talao, lunch at Taj Mahal Hotel’s Golden Dragon or a saunter into the Pundole art gallery at Fort. He missed his best friend Bal Chhabda, tremendously. Chhabda, who was bedridden, passed away two years after Husain. He also longed to make another feature film, his next after the Madhuri Dixit starrer Gaja Gamini and Meenaxi: A Tale of Three Cities with Tabu.

M F Husain never returned home because there were multiple cases against him. Protection or a safe landing on Indian soil were not assured. “At my age, I cannot suffer the humiliation of being arrested,” the Padma Bhushan awardee would state. “I cannot see myself spending even one hour behind prison bars.”

Mercifully, lingering controversies have died a natural death, after so many years.

His artworks continue to command top prices at auctions at home and abroad. A comprehensive one has been scheduled online by the auction house, AstaGuru,  for August 29 and 30.