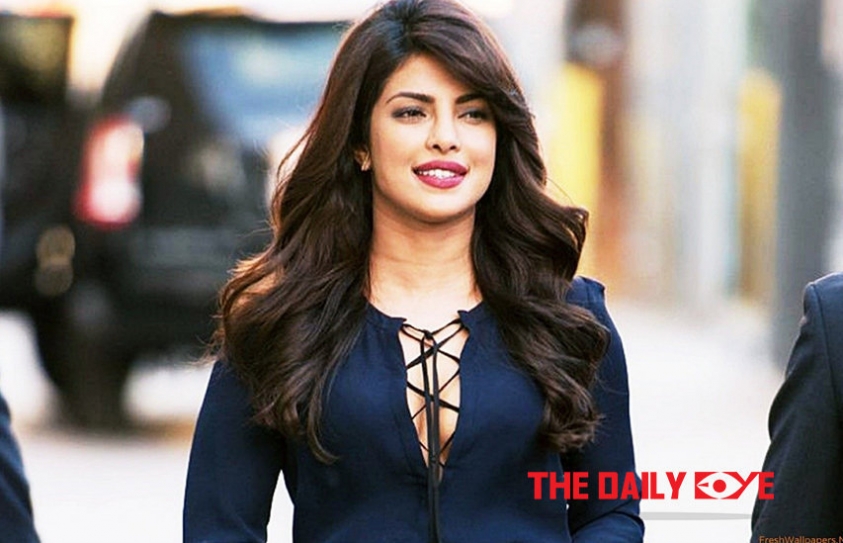 The bold and beautiful actress and UNICEF’s Global Goodwill ambassador Priyanka Chopra was recently honoured by Variety. The event is organized annually to honour Hollywood’s most philanthropic women, whose efforts have made a significant impact on their chosen charities and causes. 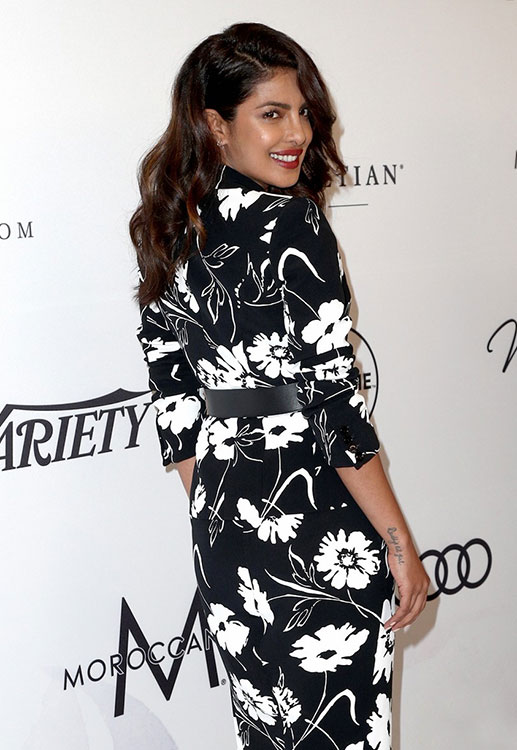 Variety‘s Power of Women: Los Angeles, presented by Lifetime, was held at the Beverly Wilshire Hotel in Beverly Hills, California on 13thOctober 2017, gathering an intimate group of some of the most philanthropic women in Hollywood at an exclusive luncheon.

Priyanka accepted her award for her work as UNICEF ambassador, saying that as a child growing up in India, “Giving back was not a choice, it was a way of life.” The daughter of doctors in the Indian Army, Chopra shared that she was working as an assistant pharmacist at age eight, and she was never treated differently from her brother, which for girls in India and developing countries around the world was an exception and a privilege.

“Your achievements not just inspire me but also so many others to work harder, be better and make a dent wherever we can,” Priyanka said to her fellow honourees and all that made it out to celebrate the “bada–” women in the room. She even posted a picture on Instagram thanking the weekly American entertainment trade magazine.

The actress looked absolutely stunning on the cover and mesmerized us with her elegance and beautiful smile. She shared the picture captioning it, "Thank you @variety for making me one of your #PowerOfWomenhonorees.... Grateful and humbled to be honored alongside such talented women". She also wrote, "Today I shared the stage with incredible women who I admire. My belief was reaffirmed that the power of women is undeniable. I stand shoulder to shoulder with every woman who speaks up and stands for what's right. Thank you @variety for acknowledging what women are, what we do, and what we can do, and thank you to all the men and women who came out to support us this afternoon."

The actor had an extensive interview with the magazine, and went on to admit that it was nearly impossible for her to balance all the aspects and demands of her work and life; however, the one thing she has always found the time for is charity work. Chopra has been working with UNICEF since 2003 and is currently a Goodwill Ambassador for the same. She has also spoken at the United Nations General Assembly and has met with several heads of state in the pursuit of her responsibilities.

Priyanka is a Goodwill Ambassador for UNICEF and has also spoken at the United Nations General Assembly this year. She also got an opportunity to meet with several heads of state and the actress kept all her fans updated about the same through her social media accounts.Priyanka is in the middle of Quantico's Season 3 shoot. Along with that, she'll be acting in her next Hollywood projects A Kid Like Jake and Isn't It Romantic?.