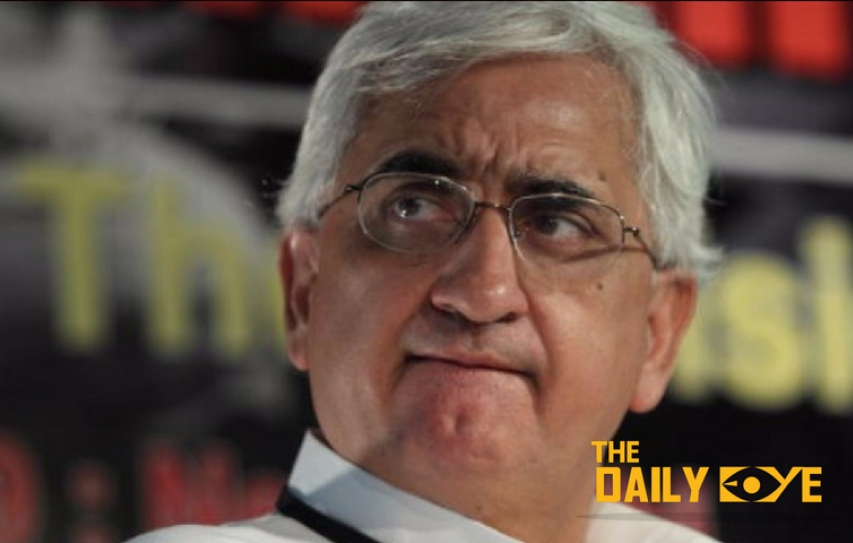 The topic that will be discussed in a very interesting panel that has been organised by the AIPC team is: India - Past, Present and Future. 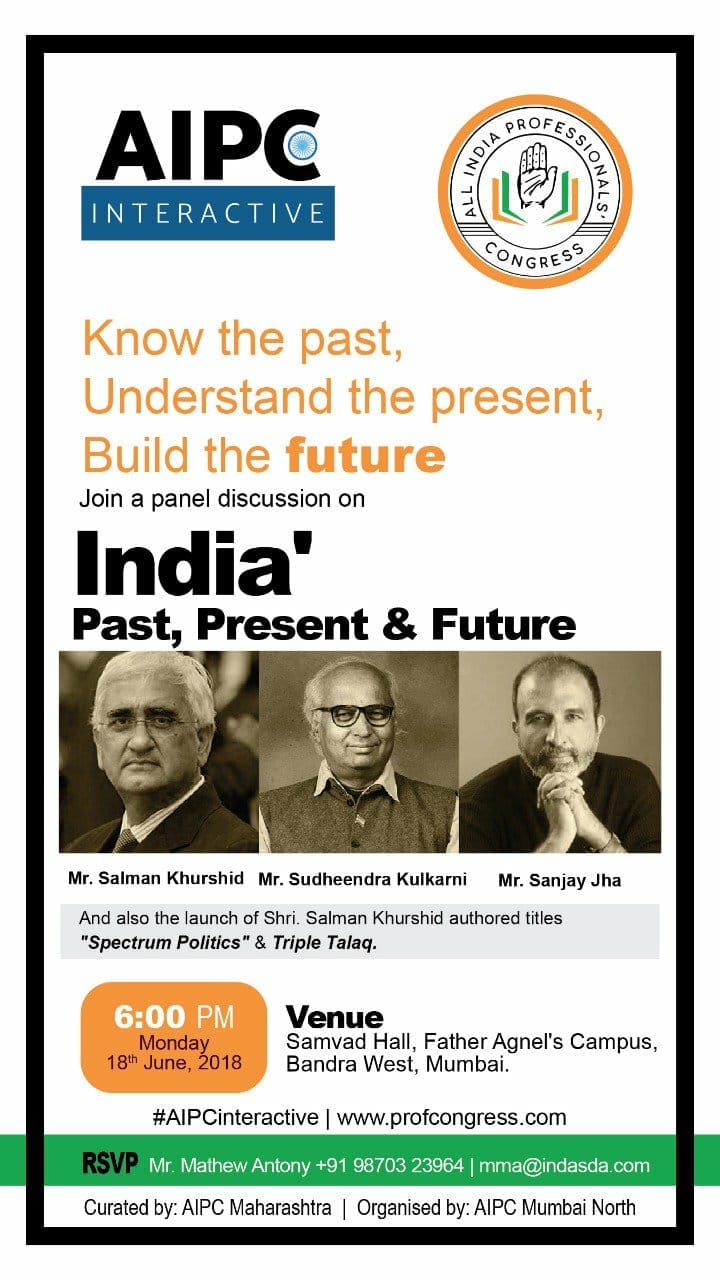 It’s been some time now since we’ve been advocating for much more representation of our minorities including Muslim societies in mass media, because strangely, minorities which include a 180 million strong population of Muslims in India, are missing from our storytelling more today than ever before. The more honestly we showcase our cultures and represent their diverse conventions in our storytelling, the more obviously will our societies evolve. There is no doubt that the outcomes will be otherwise if we make it difficult for stories of our minorities to locate themselves in the popular and mainstream imagination.

"We are all enmeshed in politics because we are all citizens of somewhere – even writers – and we cannot escape being shaped by political decisions, big and small. So instead of asking the question, ‘Should literature be political?’ I would rephrase it as a statement that goes like this: Literature is political because we, the creators of literature, are political animals; it is part of accepting our responsibility of being​ ​human, of being citizens of the world", writes Olivia Senior in a piece called  'Literature is political because we are political animals’ for The Guardian.

I asked Noorjehan Safia Niaz, a founder member of the Bhartiya Muslim Mahila Sanghatan (BMMA) which is fighting for the rights of Muslim women in India, what her view on the burning issue of Triple Talaq was, and she said to me, “Muslim women’s legal issues have always been made political by various religious outfits and political groups who have worked hand in hand to ensure that the issue gives them political dividends but it does nothing to the Muslim woman herself. It is for the first time that BMMA has turned it into an issue which concerns the daily life of a Muslim woman and it is directly linked to her sense of justice and equality and to her citizenship rights. Our demand for codification of Muslim family law is linked to ensuring legal justice for her.” 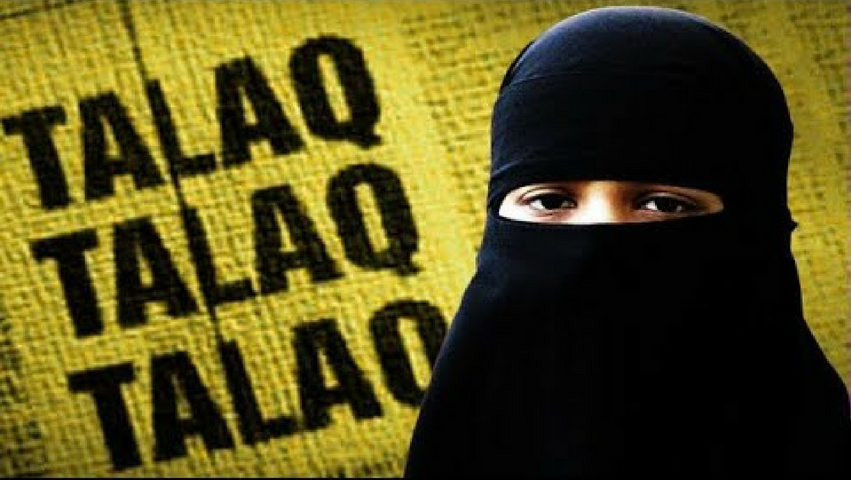 Triple talaq, or talaq-e-bidat, is one of the most debated issues in the Muslim world. From antiquity, the Muslim faith has been plagued by the portrayal of Muslim men regularly misusing this perceived “right” to divorce their wives instantly by simply uttering “talaq” thrice. The Supreme Court of India, in the landmark judgment of Shayara Bano V/s Union of India, has taken the step to declare this form of talaq unconstitutional and to strike down its practice.

Safia continues, “It is tragic that in India even today, Muslim women have to struggle for what Hindu women got in 1955. And, thanks to the politics over it that, nothing concrete has emerged in spite of our persistent efforts in not just highlighting the issue from a Muslim woman’s perspective but also coming up with a draft law which will ensure justice to her. We are waiting for a day when the Muslim woman will also be treated like a human being deserving her due as a citizen of this country.”

In Triple Talaq: Examining Faith, Salman Khurshid, who intervenes to offer the court an amicus brief in the “Triple Talaq case”, offers a straightforward yet comprehensive overview of this complicated issue. Explaining the reasons behind the court’s decision, he dives deep into other aspects of this practice: why it is wrong, why it has thrived, what was the judicial history of this issue, what the Quran and Muslim religious leaders say about it, and what the comparative practices in other countries are.

Triple Talaq: Examining Faith is an intense insight to this landmark decision and what it means for Muslims in India, and Salman Khurshid has written this book not just for the theologian, but also for the common reader.

Why is it becoming increasingly important for literature on compelling issues like Triple Talaq to be written as well as read today especially in the times that we live in now? I am looking for an answer to the question, so I reached out to Deepa Bhalerao, a social worker, who besides being an avid reader, poet and blogger, is a communications expert who teaches at the Mumbai University School of Social Work as profession and also advocates for people’s right to art, film, literature, poetry and music. Deepa believes the arts are forms of expression that provide necessary entitlements to citizens which in turn act as intermediary agents enabling people to exercise one of the most crucial fundamental right, which is to their right to freedom of speech.

What she said to me is, “Literature has always reflected the spirit of the times, and in these days of information explosion (to use a cliché), the reader is spoilt for choice. Whatever the backdrop, the political climate comes through and it is this very location that makes the story relatable. Two books I have recently read illustrate the point. A recent English translation by Shanta Gokhale of Laxmibai Tilak’s ‘Smritichitre’ (1934) has brought the reality of the deeply discriminatory caste system back into focus, this time to a wider audience. The other book ‘Poverty and Famines- An Essay on Entitlements and Deprivation’ (1981) by Amartya Sen, helped me understand the complexity of access to food and how political power dynamics can wreak havoc on an unsuspecting populace. Both books were written decades ago, and belong to two diverse genres- one an autobiography of a social reformer and the other a research monograph, but both resonate strongly because they address a common truth. The need of the hour is to be able to hear diverse and clearly articulated perspectives, which will help us understand ourselves better, located as we are in a time where nothing is as it appears.”

Augustine Veliath, Communications Expert who has worked with the UN for over 25 years and is the Co-Founder of the Asian Center for Entertainment Education, said to me that Salman Khurshid’s book, which attempts to explore ways of reconciling Islam with modernity, gives us erudite insights into how religion might be sychronised with a modern India’s political and legal framework.

Some say that the legal battle over triple talaq last year and the question over its constitutionality was a gripping one. Although liberals and modernists argued against it, holding it discriminatory, Muslims party to the case too, admitted that it was a “sin” but then they also argued against interference in the so-called personal laws. There are the obvious political overtones as well, particularly the specious majoritarian discourse that if Muslims wanted shariah, they had better go to Pakistan.

Khurshid’s book, Augustine believes, aims to get behind the Shayara Bano verdict, reproducing and dissecting portions of the minority and majority judgments of the five-bench verdict. The majority verdict had ruled that talaq-e-biddat (instant divorce) was unconstitutional and that there was no sanction for it in the Quran.

As a matter of fact Salman Khurshid’s book Triple Talaq: Examining Faith will probably become a renewal of the idea of Islam in the same manner as Shashi Tharoor’s book, Why I am a Hindu, has recently played a part in reviving the idea of Hinduism in such times when the obscurantist Hindutva narrative is targeted to offend and is making attempts to expand itself in the popular consciousness. All those voices confronting the arbitrary propaganda are being offended by being called Sickulars, Presstitutes and Urban Naxals by troll armies across social media’s specially employed and appointed to abuse.

Augustine says, “Shashi Tharoor’s book too is a powerful antidote to that brand of insecure Indians with a horrendous inferiority complex who have taken centre stage of late. The book restores to Hinduism its splendour, its diversity, its pluralism and its depth. Shashi tells you all what you proudly remember about your ancient culture and then some more. Sadly there are angry little chest thumping brats out there that would love to empty the vast ocean of Hinduism into a shallow teaspoon of hatred, venom and aggression. Shashi counters them effectively and sets the record right. Hinduism is a delightfully democratic faith. Hinduism is a vast library. Let us not reduce it to one hideous pamphlet. Hinduism is a universe of religions. Let us not ape other monotheistic and centralised religions.”

Here Augustine also elucidates Shashi Tharoor in one sentence, “We should take pride in what our forefathers did but resolve to be inspired by them rather than rest on their laurels. We need to use the past as a springboard, not as a battlefield. Only then can we rise above it to create for ourselves a future worthy of a remarkable past.”

I’m going to read Salman Khurshid’s book Triple Talaq: Examining Faith soon, because it’s been some time since I’ve been trying to deconstruct the issue and understand it better, and also because I also worry for the present and the future of one critical mass, Muslim women, given the challenging times that we’re facing and the high-decibel cacophony aimed at disorienting us rather than providing us clarity on subjects that are important; and also given the increasing populist sentiment devoid of moral authority which mocks at secularism and plurality everyday.

The triple talaq issue becomes even more significant to be explored through literature today because it is not commensurate with the actual number of Muslim men who divorce their wives by casually uttering the word ‘Talaq’ three times and getting away with it and because the place that we’re now at within the gender discourse today, this becomes a serious aberration.

Mohsin Hamid, author of bestsellers like Moth Smoke, The Reluctant Fundamentalist and Discontent and its Civilizations, in his article, ‘Does fiction have the power to sway politics?’, which he wrote for the New York Times some time back puts it as clearly as this, “Does fiction affect politics? Yes, inevitably. So is all fiction political? To my mind, yes again. Fiction writers who claim their writing is not political are simply writers who seek to dissociate themselves from the politics furthered by their writing. Making up stories is an inherently political act. Like voting is. And like choosing not to vote is, too.”