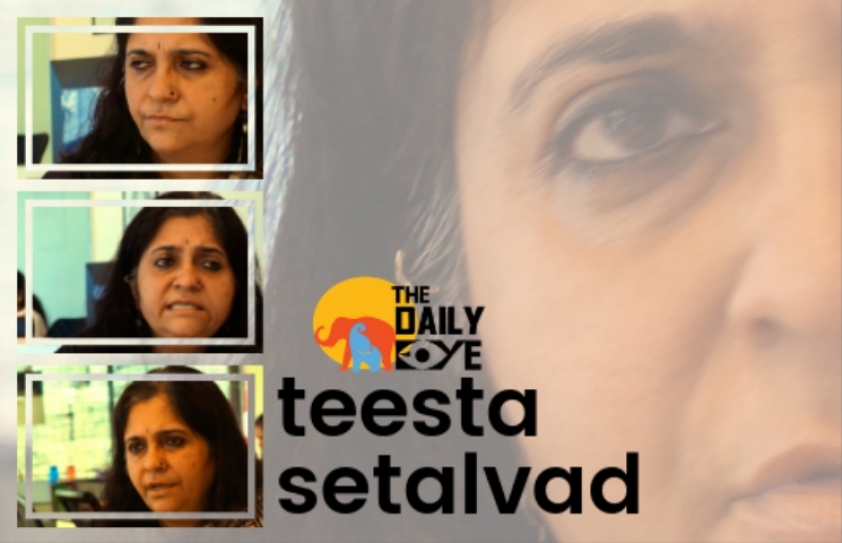 Who is Teesta Setalvad?

The non-stop jingoistic 24/7 electronic news channel’s, which are over 400 in number today and speak in several languages, has drowned all voice of reason. But Teesta stands tall between violation, the drumbeats of patriotism and sensibility and ensures, that she gets heard. She also ensures that therefore, the voices of those who are seeking justice don’t go unnoticed by the history, which is being written as we speak.

Like every other person who demands justice for the underserved minorities and the marginalized, Teesta too is a targeted woman. When I met her I saw a guard who accompanied her was holding a gun and watching over her shoulder. Teesta’s put her life at risk to uphold the truth. Like many of my generation will agree, she says all those things they wish they could too, but for fear of inviting upon themselves and their loved ones, the wrath of those who are hell-bent on snatching away our freedom of expression and right to speech by holding us to ransom over those whom we care for and for our safety; they choose instead to remain silent spectators to a dangerous opera of cacophony.

Ironically, as I talk to Teesta and hear her speak, I’m reminded of the fact, that we are a country that worships people who have expressed dissent against majoritarian viewpoints down the ages. Our heroes are dissenters—Buddha, Swami Vivekananda, B R Ambedkar and Mahatma Gandhi. A country with such a rich culture of opposing majoritarian-ism cannot be intolerant of different voices and Teesta and others like her will make sure of that; I’m convinced. 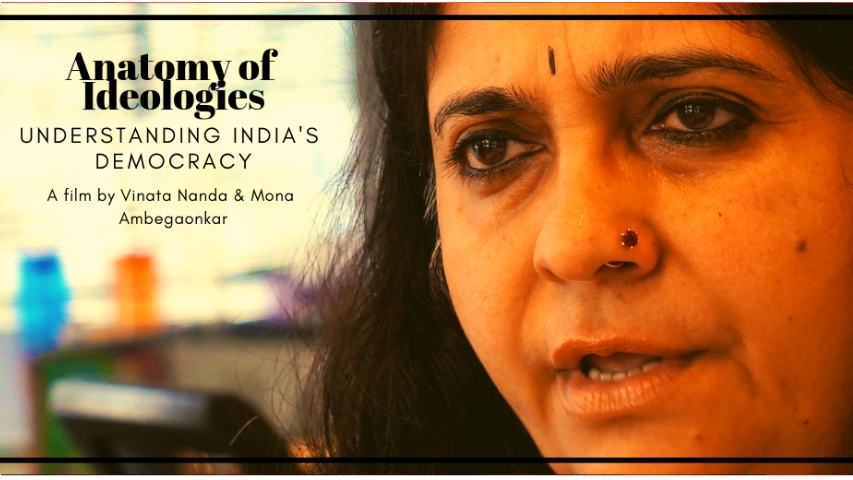 She’s a very busy person, so I feel fortunate that I was able to get a piece of her time to get her to answer these questions below.

Q: There's so much you're involved with, it's difficult to arrive at where to start from for this interview. Nevertheless, how are you feeling at this juncture? Should we hope for a new dawn at the end of General Elections 2019?

A: Hope as they say is eternal. And while being realistic, to the ground, we must hope that better sense will prevail, that the innate good sense of Indians, a lived reality of sharing and pluralism, despite and in spite of the heaped indignities of caste, will pull us out of this hate-filled, perverse public discourse that has gripped us since 2014. We must remember that those who are in power today are unscrupulous and will not let go easily. We need to use calm good sense, a staunch belief in our Constitutional foundational values and ensure that they are removed from state power. It is state power that they are perverting and misusing in the most vicious and uncouth way.

A: The erosion began with the impingement on our institutions, with attempts to influence our sagacious judiciary, to make it bend. To have a committed judiciary and a committed bureaucracy, not committed to Constitutional values but to the government of the day. The Attorney General stands for the Constitution, not for the government in power. Our educational institutions, our law enforcement (police, IB, paramilitary) should be wed to the rule of law not to the dictates of those in powers for five year. That is what a democracy means, that is the right our Constitution gives us: For the People, Of the People, By the People.

Q: You've played with danger and you continue to do so because you believe in what you are fighting for. Where does the strength come from?

A: This strength comes to me from the belief that what one stands for is right, eternal. The Truth. From the fact that in times of acute repression and autocracy we need to stand up and be counted. My family, father and mother who are still with me in every way, sister, husband, children all of them give me strength, a source of abiding strength. More than anything else the lakhs and thousands of Indians who have stood by us giving us support over the past five years when a special kind of hell has been unleashed on me and my family (and so much of which has been diluted away from public scrutiny) because we/I was dubbed enemy number one of the present regime. These are small men in high places, who have no idea what the responsibility and sanctity of their position entails.

Q: Human Rights, Social Justice and Inclusion, what was the turning point at which you committed yourself, that you will fight for minority communities in India?

A: It's been such a long journey and so many turning points. When as a student’s leader and activist at Elphinstone College, I chose the more difficult path. Opted for journalism though I did law. Journalism also meant for women, for workers, for farmers, for the marginalized. Not Page 3, not business, not politics as usual. Then the dark 1980s when the fires of communalism were first lit, when polarization was tested and succeeded, when my/our city burned, first in 1984, then again in 1992-93. Then opting out of the "mainstream", beginning with the publishing of Communalism Combat, (1993) then coverage of Gujarat (build up to fascism before the outbreak of the genocide) and then Gujarat. After that the searing fight for justice and accountability, it’s over twenty-five thousand survivors Citizen for Justice and Peace (CJP) has assisted, fought for. They have stood by the truth. Then the reprisals....

Q: Your years growing up in the city of Mumbai?

A: The city of cities, open large hearted mixed cosmopolitan. 1977. My tenth standard board exams. My darling father Atul said forget about the boards, campaign against the Emergency, India's first brush, post independence with what stifling of individual rights can do. We campaigned day and night when six candidates from Bombay went to the Janata Party.

Q: How has India's politics changed over the last 20 years?

A: It has become more money driven, less accountable and issue based. For that of course political parties are to blame. But no less to blame is the electorate, especially the middle class (entitled) and the elite. It is the elite that has abdicated all concern and responsibility for India and Indians. At the height of the freedom struggle, lawyers, civil servants, writers and artists marched in struggles for freedom. Now…?

Q: What are the biggest challenges we face today and how do you believe we can overcome them?

A: The challenge to our freedom as we know it, India as a democracy (is under a threat) and our very continued existence as a civilized society and nation. Hate and other-ing is corroding us, has poisoned the body politic --the worst are the commercial electronic channels (owned by petty business) that are peddling hate. There are over 400 channels today in India and we must stop watching them.

A: Of course I have felt fear. Fear for myself, my family (still under daily threat), for what I stand for. Somehow I have found the strength to collectivize the fear into action. So far despite the shameless assault on our persons by a brazen government, from men at the top, misusing agencies, even the Courts, one has found the strength to fight on. But it is not easy and it takes a heavy cost.