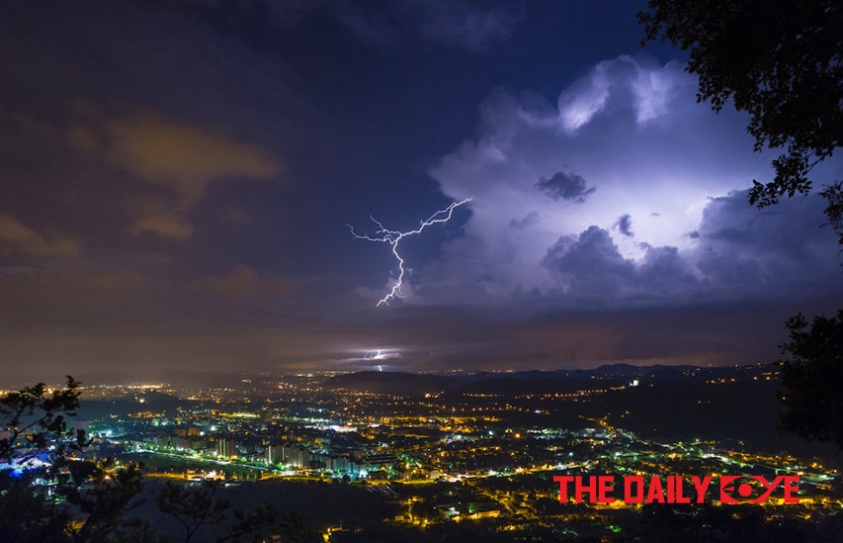 Why Thunderstorms are Occurring more Frequently all over the World?

Each year, many people are killed or seriously injured by severe thunderstorms despite the advance warning. While severe thunderstorms are most common in the spring and summer, they can occur at just about any time of the year. Heavy thunderstorms, in particular, those associated with large hailstones, strong rains, and wind gusts, often cause considerable damage to buildings, vehicles, and agriculture.

In Germany too, tornadoes are a more prevalent phenomenon than is commonly thought, with 20 to 60 occurrences a year based on figures from the German Meteorological Service. According to the European Severe Weather Database (ESWD), between 300 and 400 confirmed tornadoes are recorded each year for the whole of Europe.

Other high activities are found between the Neckar river and Swabian Jura, in the Ore Mountains, and in the Bavarian Fores. While there is an average of two thunderstorm days per year in Northern Germany, thunderstorm days amount to seven in the region of Karlsruhe.

“Thunderstorm activity strongly depends on the region”, says David Piper of Institute for Meteorology and Climate Research (IMK). Likewise, Mumbai had been hit hard by heavy rain and thunderstorm on the evening of 6th October. The skies turned dark by 4:30 pm - something that is unusual in the city. The famed skyline of Mumbai was completely invisible with dark clouds engulfing the skies above the Maximum City.  Thunderstorms mostly develop in the afternoon or early evening when temperatures are highest. (Bigger thunderstorm clusters that develop from large-area mechanisms or previous thunderstorms preferably occur during the night). Monsoon withdrawal is generally complete by the first week of October, but this time it is delayed

What happened in Mumbai and is happening in Germany can be determined by three factors: Distance from the sea, local landscape, and humidity close to the ground. "The sea has a thunderstorm-inhibiting influence, as the water cools down and, hence, stabilizes the bottom air layers in summer," Piper says. Mountainous terrain forces the air to ascend and facilitates thunderstorm development.

Thunderstorms can form and develop in any geographic location but most frequently within the mid-latitudes, where warm, moist air from tropical latitudes collides with cooler air from polar latitudes. Thunderstorms are responsible for the development and formation of many severe weather phenomena. The damage that results from thunderstorms is mainly inflicted by downburst winds, large hailstones, and flash flooding caused by heavy precipitation. Stronger thunderstorm cells are capable of producing tornadoes and waterspouts.

Another report, published by the Ashoka Trust for Research in Ecology and the Environment (ATREE), Bengaluru, confirms similar findings: Rain events greater than 100 mm have increased in number in the past 100 years, researchers Jagdish Krishnaswamy and Srinivasan Vaidyanathan wrote. There is an overall increasing trend of events exceeding 100, 150 and 200 mm since the 1900s. But there is an increasing variability in recent decades.