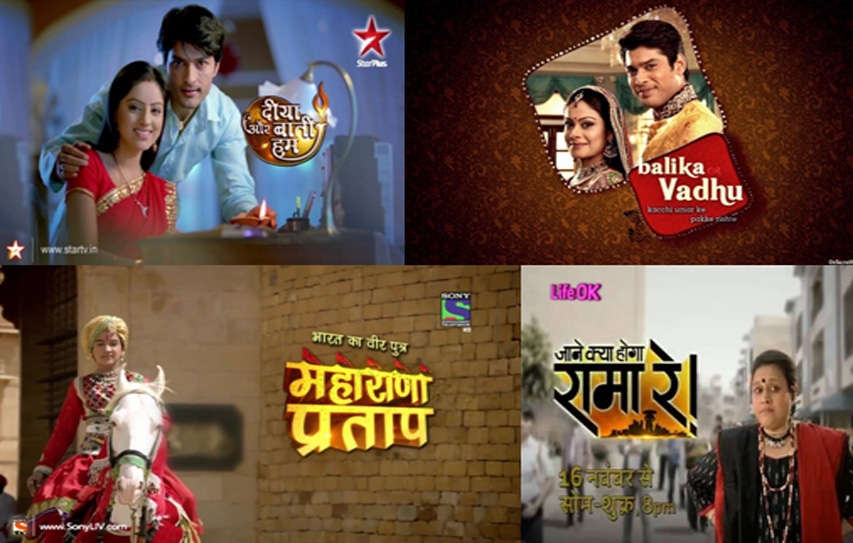 Is it possible to have a conversation around Gender and Sexuality vis-à-vis television content? I would say NO! Indian television is still in its infancy regards creating and discussing the issue.

Largely, women on Indian television are boxed in as stereotypes. Although in the mid- 1990s, some soaps projected women in different roles of wife, mother and homemaker. They also dealt with issues of working women, divorce, extra-marital relationships, sexual harassment, rape, abortion – and women fighting for their rights.

But all too soon domesticated women characters in popular TV soaps began to dominate the small screen as Ekta Kapoor’s formula for popularity and success of television soaps was emulated by others. Attempts are being made at projecting women as professionals, corporate heads, etc.

Yet, despite the ghunghat shackled women characters in popular soaps, there are variations on the theme.

Underneath the ghungat, Sandhya Singh trains for the Indian Police Service . In the process, she breaks the boundaries of her confined existence of middle-class values. Sooraj and Sandhya get married under strained circumstances.

Sandhya struggles with her strict mother-in-law, who does not accept that her daughter-in-law could become a police officer. It’s her husband Sooraj, who becomes her strength and helps her to fulfill her dream. At the police academy she allows herself to be subjected to the rigours of the regimen, yet doesn’t lose her femininity when she goes home. In a small town it’s a rare sight to see a trouser clad police officer in a jeep.

Anandi, born into poverty, brought up and bound by tradition and restrictions breaks out of the mould of a suffering child bride.

As an aware adult, she divorces her errant husband, gets herself an education and a vocation as an activist. She heads the village panchayat and even remarries. She remains ever the epitome of a liberated progressive woman in the village society which is restricted by tradition.

This historical saga shows a teenaged Kunwar Jagmal cross-dressing and is a fey prince as he grows up and seeks refuge in Akbar’s court.

The latter has seen through his weakness for baubles. One the other hand, as Pratap is headed on a mission to rescue an abducted princess he is joined by another princess in warrior garb. The Rajput princesses were known to be combat ready; johar wasn’t the first option.

This new show on air has just introduced Supriya Pathak’s character Rambhateri. The tough-as-nails prison activist is going to clean up Model Town.

Dressed in a traditional ghagra and kurta, her body language talks tough. She is complimented by Nandita (Nandu) a jean-clad bike-riding Model Town’s concerned activist.

In the 1990s, Zee TV’s seminal prime time show Tara introduced Indian audiences to young urban women who lived away from their families in small towns, who pursued their careers and relationships in the big city. They smoked, they drank, and they were the liberated brigade of young women. It was a sea-change from Doordarshan’s bulky sari clad women characters. But for sure this was short lived. For soon the mangalsutra and the zari saris were back.