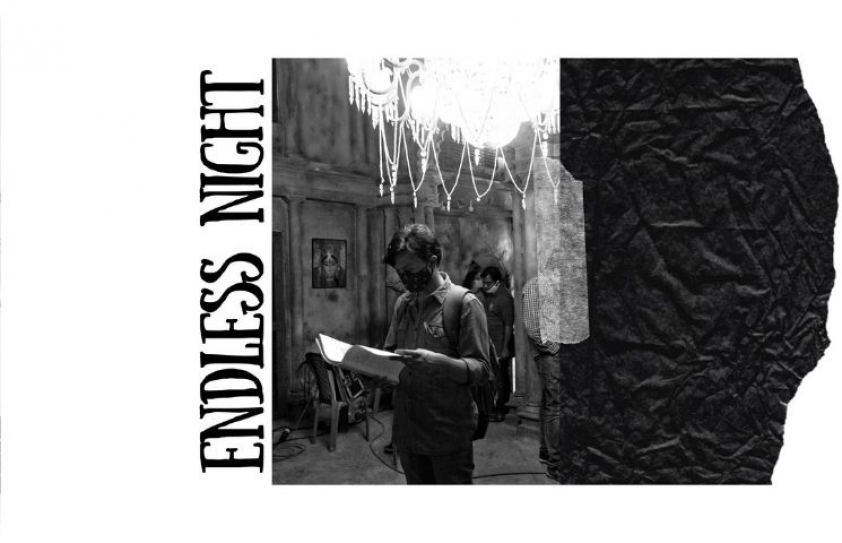 It is instantly intriguing when a director calls his film ‘a letter of apology to women’. Ranjan Ghosh’s new film, gearing up for release in 2022, lives up to the intrigue. Set almost exclusively in one location, a haunting old-world mansion, playing out over a night, and experimenting freely with form and structure, Mahishasur Marddini is not only his bravest film till date but also a work that is as contemporary as it is timeless, as local as it is universal in the concerns it addresses. 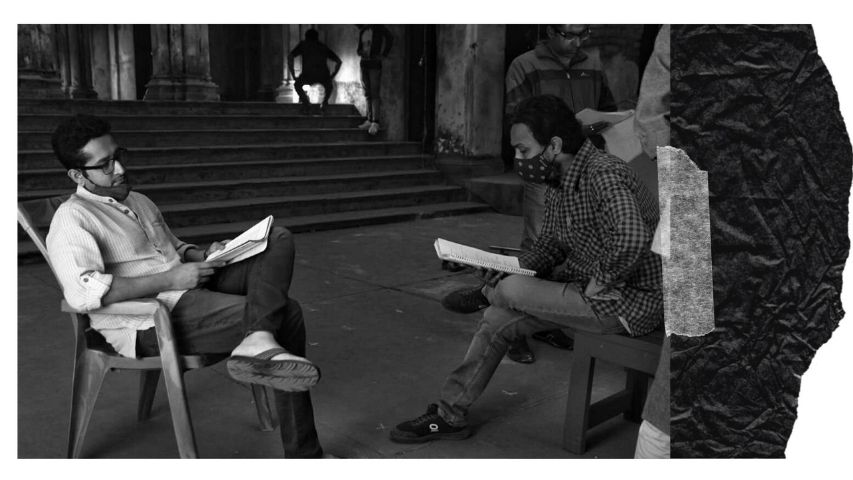 Tell us something about the genesis of the film. You mentioned that it’s been fermenting since Nirbhaya… Can you elaborate on the gestation period and how this evolved?

Yes, the Nirbhaya incident left me immensely agonized. It affected me like no other incident had till that point of time. As I started thinking about it, I realized that right from the time a woman is conceived in the womb, she is subject to discrimination and cruelty. Either she is killed in the womb, or abandoned after birth, or discriminated against throughout her life, in the various roles that she plays as daughter, sister, girlfriend, wife, mother, etc. I looked around; I looked within. I felt that this inhumanity is inflicted not only by men but also by women. There are associated social, cultural and political angles to all of this. It is a complex end result of the patriarchal system that we all are a part of. I would keep taking notes every time I made an observation, both external and internal. After Ahaa Re released in 2019, I went back to those notes. Initially I thought I would pen a public letter of apology addressed to women, but when I shared my thoughts with my mother, she suggested that I should make a film instead. That way it would reach a wider audience. I am mighty thankful to her!

Hrid Majhare, Rongberonger Korhi, Ahaa Re… How has your vision as a filmmaker evolved over these films and how has that played a part in this one… that makes you feel that Mahishasur Marddini is the story you want to tell now.

To my mind, what primarily sets this film apart from the previous three is the absence of a mechanical plot-driven narrative, and the cinematic treatment. Mahishasur Marddini is a bouquet of memories from the past, and of moments set in the present. While my previous three films used ‘plots’ to explore their themes, this one discards the plot and unapologetically so! Because I think that the means of telling a story can never only be through perfunctory plots. A story is much more than a mere narration of causal events. Also, there needs to be experimentations with the narrative and the form. I have tried to explore the forms of theatre and cinema in the execution of this film. 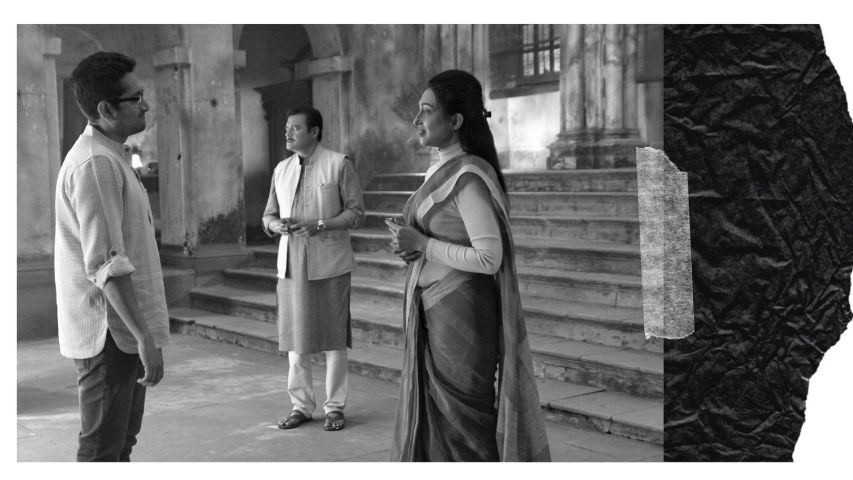 The film has a very interesting theatrical structure - in the way the house becomes a play’s stage with actors exiting and entering, the props they are given. Tell us something about what went behind this choice - as also the cinematic manner of a narrative unfolding over one night’s time. And the remarkable decision not to have a name for any of the characters.

You know, I have always wanted to try out Aristotle’s three unities - unity of action, time and place. While starting to write the story of Mahishasur Marddini, I thought to myself, ‘Why not this time?’ That is how it began. This film is our exploration of the rich Indian theatre tradition and the Indian aesthetic of film. Thereafter, as I expanded the story, wrote the scenes, added the dialogues, I could see the characters entering and exiting, talking to one another, moving about almost as if on stage.

I nurtured and developed those visuals in the screenplay itself, and later gave them the cinematic form in discussion with my cinematographer Subhadeep Dey. About the structure - well, the film begins with a triggering incident and then goes into a different space. It’s a combination of the seven-act and the real-time structures. The acts do not have any causal link with one another. To my mind, that is the fun part! The challenge was to make it cohesive and cinematic using all available tools. I believe our team has been able to do that well, thanks to the DOP and our editor Amit Pal.

As for not naming any of the characters, well, I wanted a certain kind of universality to them. Every audience member can assign his or her own names to these characters. The idea is to put us in their shoes.

Mahishasur Marddini is quite ‘an activist’ title. How, why did you arrive at it? Do you look at this as an extension of the agitprop cinema we had in the 1970s? What are your expectations about the audience’s takeaway?

The title came organically, while rewriting. Initially, the story and the first few drafts of the screenplay were unnamed. I believe I got the title while rewriting the dialogues for the ninth or the tenth draft. It was quite an arresting title. My lead actor Rituparna Sengupta, producer Pawan Kanodia and co-producer Vinod Lahoti instantly loved it. So did my team. About the second part of your question - see, one has grown up on the films by Shyam Benegal and Govind Nihalani. Then there is Goutam Ghose. They are the pioneers of activist films here. You can call Mahishasur Marddini an activist film, but is it really a propaganda film? I have simply given vent to my personal agony about the situation. There is no solution offered, I just want to hold a mirror to all of us. The idea is to make each one of us feel bruised and ashamed of our thoughts and actions. And that is, precisely, the audience’s takeaway from the film. To reflect on what we do to our daughters, sisters, girlfriends, wives, mothers, day in and day out… 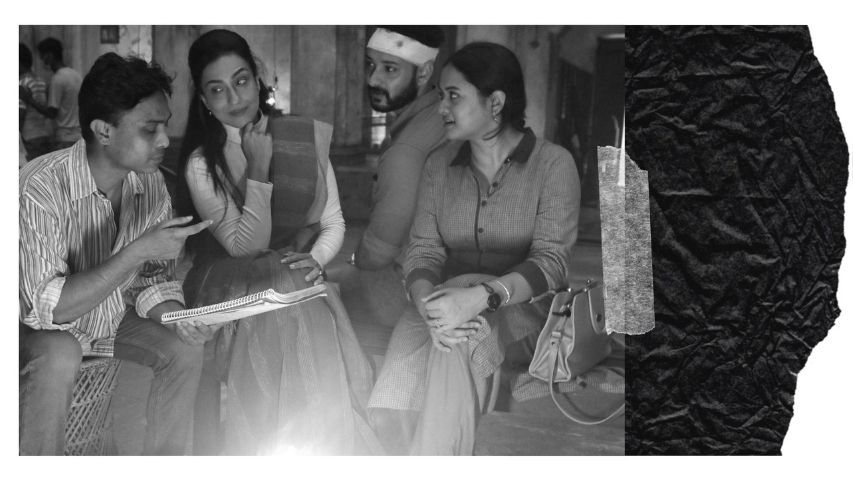 A couple of things mark this out from your previous outings as director - a bleaker outlook, darker palette and an emphasis on the spoken word more than you have probably done before - you are actually underlining what you want to say almost unapologetically. Does it worry you that it might be misjudged as going against the basic cinematic principle of ‘show, don’t tell’?

If you look at Louis Malle’s classic My Dinner with Andre, it’s about two friends talking over dinner. That’s all. The discourse there is meaningful and artful and that is why you don’t wince. Then there are 12 Angry Men and Dog Day Afternoon by Sydney Lumet, Rear Window by Hitchcock, Carnage by Roman Polanski, to name just a few.

The dialogues and situations in these films are incredible, powerful, effective and to the point. We have tried to achieve that in our film. What needs to be visually represented has been done that way. What needs to be spoken in words has been spoken. So, I am not really worried on that count. Sometimes we have to work our way into a film with a lot of humility to understand why a director has done this or done that, what the choices are and why - an informed audience should be able to grasp the film, the topic is universal. 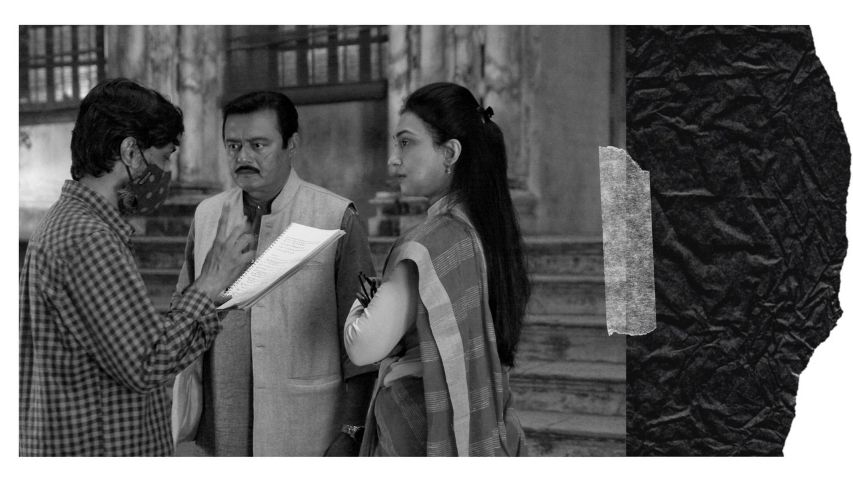 Rituparna Sengupta, Parambrata Chatterjee, Saswata Chatterjee - they rank among the top stars of the industry. However, their characters are anything but starry or heroic in the way you present them in this film. What’s it about each of them specifically that led you to cast them? Given your general tone of experimentation in the film, do you think unknown faces would have been a choice you could have made?

When I first thought of the idea, there was no one in my mind. While expanding the story, as the characters started fleshing out, one saw Rituparna Sengupta, Saswata Chatterjee and Parambrata Chatterjee as possible choices. But I wasn’t very sure if they would like the script since it was experimenting with form and narrative. Ritu-di loved the story and her character. Veteran theatre actor-director Sohag Sen had liked the script; she sent me to Saswata-da. He instantly gave his nod after the narration. Parambrata, too, didn’t take much time to say ‘yes’ to the film. That way, I was quite fortunate to get these three iconic actors to do my film without much coaxing and persuasion. Unknown faces could certainly have been a choice, yes, but the reach one gets with known faces like these helps spread the film to a much wider audience.

There are, however, quite a few talented newcomers from theatre - two of them have already done a couple of films, the rest are mint-fresh. Sritama Dey, Aryuun Ghosh, Arunima, Abhyuday Dey and Purbasha Mal are the five youngsters that Parambrata lovingly calls the ‘mainstay’ of Mahishasur Marddini. Also, theatre actor-director Koushik Kar and actors Shaheb Bhattacherjee and Poulomi Das play critical roles. So, it’s not just star-actors that I have cast in the film, you see! (Smiles) 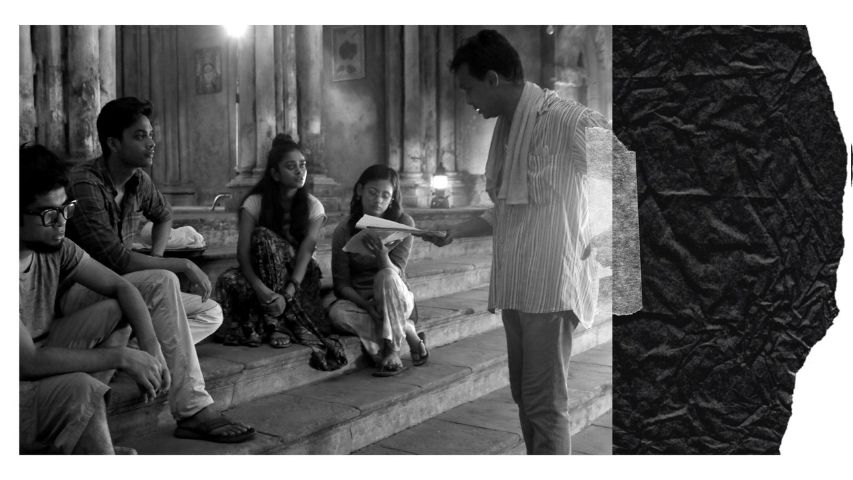 Every creative engagement – a book, a poem, a piece of music, a film - changes the creator. How has making the film impacted you? Tell us something about the experience of putting it together - the recce for the house, which is as much a character, the difficulties of putting together ‘an experiment’ like this. How are you different from Ranjan Ghosh before he embarked on this?

My films are an extension of myself; they are my alter egos. After every film is completed, a part of me is spent, given away, lost. One feels drained emotionally, physically and psychologically. That way, one feels old and worn out. The making of this film has been the most tough because of the scale and mounting. Hunting for the house was quite a process that took three months. I visited close to fourteen locations and rejected them before I came across this one. I fell in love with it at the very first sight.

Casting was the next big thing. There were so many characters, and I personally auditioned and selected all the actors, helped by my assistants. For a fifteen-day schedule, I sat with my cinematographer for twenty-four days and did a detailed shot-breakdown. Our editor accompanied us to the shoot. The dubbing took three weeks, and without my DA Aryuun and one of my EPs, Anindya Sengupta, it would have been really difficult. But all the effort and the pain feel worthwhile in the end. As for me, I am more bruised, but wiser and happier than I was before embarking on Mahishasur Marddini… 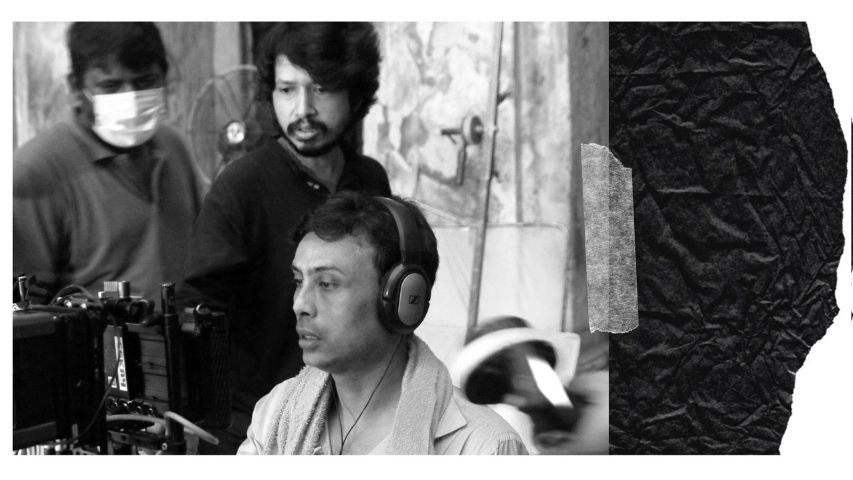