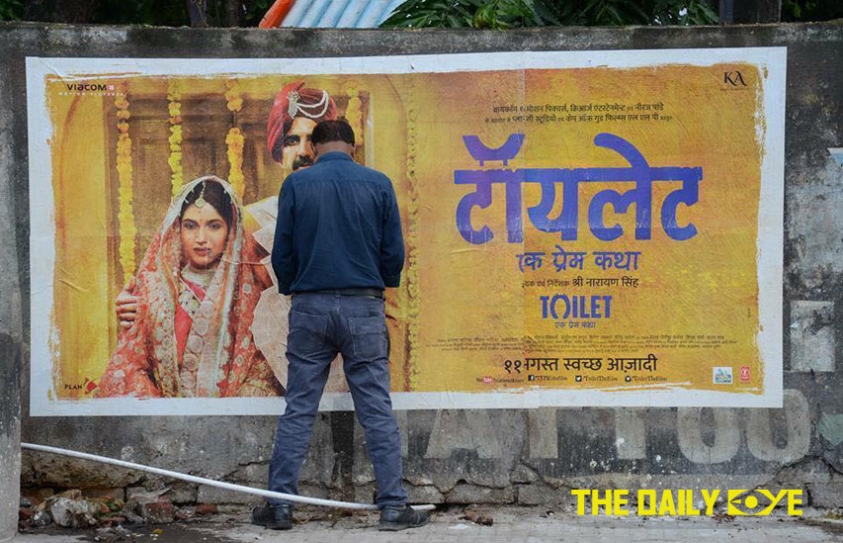 Open defecation, although, is on a decline worldwide, it is still widely practiced by 950 million open defecators in the world, 569 million of which are in India.

The statistics are staggering- diseases caused by poor sanitation and unsafe water kill almost 1.4mn children per year, more than measles, malaria and AIDS combined. Diarrhoea kills 11,700 kids under the age of 5 every year, and millions of others struggle with chronically infected intestines.

Calls for change have begun- in 2015, the UN called to end open defecation by 2030, and the current Indian government had set out to do the same by 2019, even campaigning with the slogan 'Toilets before Temples'. It now aims to build 100 million new toilets in the rural areas alone, but one question remains. Are these toilets going to be of any use – we have been building low-cost pit latrines for the last 30 years (pit latrines are simple toilets and consist of a slab on the ground to squat on, and a hole below it that feces is collected in).

In 2015, the Research Institute for Compassionate Economics (RICE) surveyed more than 22,000 rural families and found that in almost 40% homes with proper toilets, there was at least one person who defecated outside. Nations like Vietnam and Haiti, which are less developed than India have seen rapid change since spreading awareness and providing means to build toilets. India, in spite of being more developed and with a higher literacy rate, hasn't seen improvement in spite of campaigns, because the problem here is more than that of merely providing toilets, it touches deep-seated prejudices. Here, cleaning toilets is a job traditionally slotted to people of the Dalit caste, and in far-flung villages, 'upper-class' villagers are reluctant to engage with Dalits to clean out their pits once they fill up.

The problem in the city -where almost 157mn defecate in the open- is the opposite. People are willing to make a change; the issue is of infrastructure. Pit latrines cannot be maintained well in a city, while flush toilets are expensive to build and maintain in a slum. Broken faucets, dirty squat pans and no assurance of safety while use make people reluctant to use them. Many toilets collapse during the rains, which cause the drains to overflow. Besides being expensive, flush toilets need running water which is scarce to come by.

Until better conditions are achieved, a cheaper, simpler solution is available now, which involves composting latrines that have two pits. Spaced about a yard apart, after the first pit fills, waste is diverted into the second pit. Long before it fills, the contents of the first pit dry out, pathogens die, and the crumbly remains—high in nitrogen, phosphorus, and potassium—can be safely used in farm fields.

Thanks to government incentives, and effective promotions, coupled with attempts made by NGOs, attitudes are changing slowly. Aggressive advertising campaigns that promote real stories- such as one where a bride refused to marry unless her in-laws had a toilet, and a 106-year old grandmother who sold her cows to build a toilet- are slowly making a difference in rural mindsets. Today we have reached 1,00,000 village which are open-defecation free; we still have 5,40,000 villages to go.