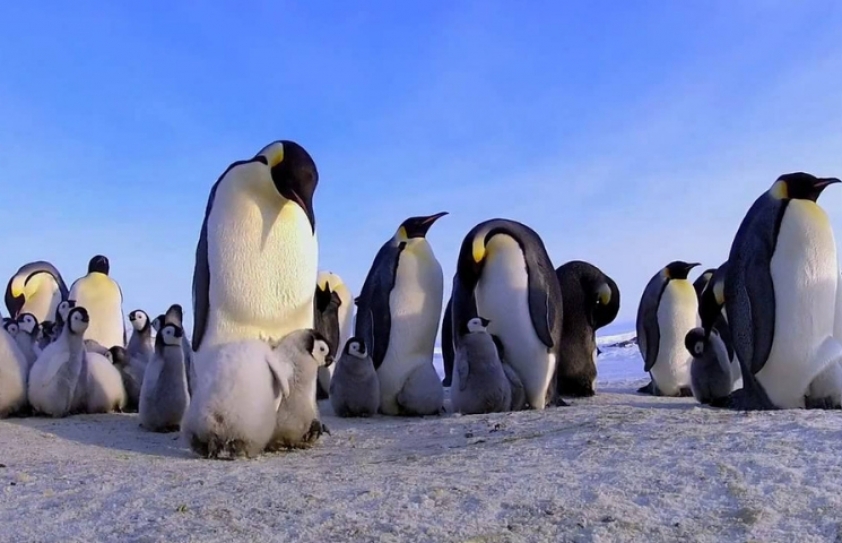 Thousands of emperor penguin chicks have effectively drowned overnight after an ice shelf in Antarctica collapsed. Scientists say that since the catastrophic collapse of the ice sheet at Halley Bay in 2016, no breeding has been detected in the area. Earlier, there would be usually between 15,000 and 24,000 breeding pairs flock yearly.

Emperors are the tallest and heaviest of the penguin species and need reliable patches of sea-ice on which to breed. They weigh up to 40kg and live for roughly 20 years. They incubate their eggs and tend to their chicks – one per pair – on the sea ice. After breeding and tending to the chicks, they move to the open sea. The BBC reports that the icy platform must persist from April, when the birds arrive, until December, when their chicks fledge.

The dramatic loss of the young emperor birds is reported by a team from the British Antarctic Survey (BAS). Doctors Peter Fretwell and Phil Trathan noticed the disappearance of the so-called Halley Bay colony in satellite pictures. It is possible even from 800km up to spot the animals’ excrement, or guano, on the white ice and then to estimate the likely size of any gathering. But the Brunt population, which had sustained an average of 14,000 to 25,000 breeding pairs for several decades (5-9% of the global population), essentially disappeared overnight – reports the survey. 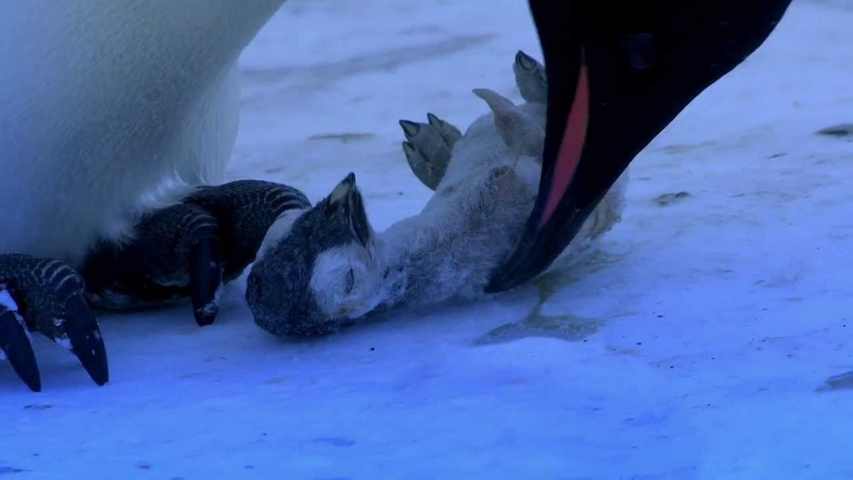 “We haven’t seen a breeding failure on a scale like this in 60 years,” says Phil Trathan, who is head of conservation biology at the British Antarctic Survey.

While the Halley Bay colony has now disappeared, the nearby Dawson-Lambton colony has markedly increased in size, indicating that many of the adult emperors have moved there, seeking better breeding grounds as environmental conditions continue to change. The scientists say that the birds’ rapid relocation to a more stable breeding ground is significant and is encouraging, as until now it was not known whether the penguins would seek alternative sites in response to significant changes in their local environment.

But the rise in numbers at Dawson-Lambton does not account for all the numbers lost at Halley Bay, Dr Trathan says. “Not everybody has gone to Dawson-Lambton yet,” he says.

Dr Peter Fretwell, says: “We have been tracking the population of this, and other colonies in the region, for the last decade using very high resolution satellite imagery.

“These images have clearly shown the catastrophic breeding failure at this site over the last three years. Our specialised satellite image analysis can detect individuals and penguin huddles, so we can estimate the population based on the known density of the groups to give reliable estimate of colony size.”

Dr Trathan says: “It is impossible to say whether the changes in sea-ice conditions at Halley Bay are specifically related to climate change, but such a complete failure to breed successfully is unprecedented at this site. Research suggests the species might lose anywhere between 50% and 70% of its global population by the end of this century, if sea-ice is reduced to the extent that computer models envisage.

“Even taking into account levels of ecological uncertainty, published models suggest that emperor penguins numbers are set to fall dramatically, losing 50-70 per cent of their numbers before the end of this century as sea-ice conditions change as a result of climate change.”

If this continues, there goes another species yet to be added to the endangered list.