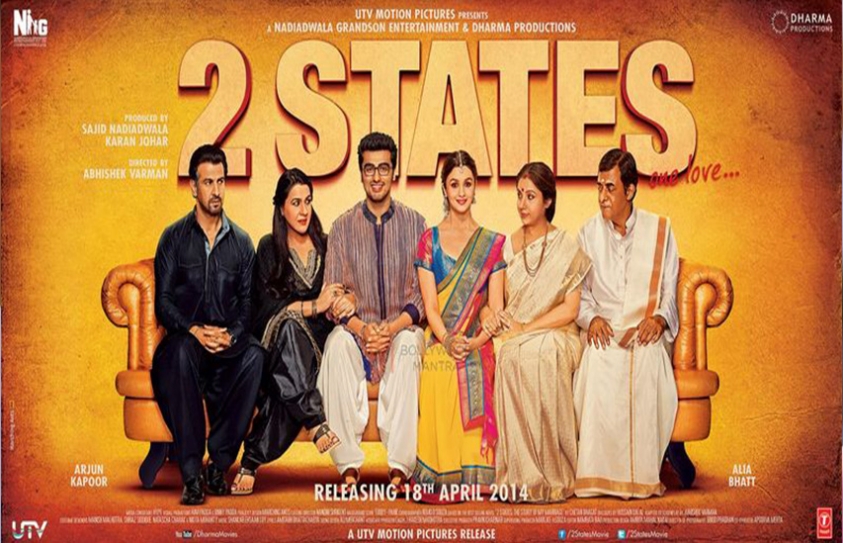 From Chetan Bhagat’s bestselling novel comes a Hindi film adaptation that stays close to its source material and emerges as surprisingly entertaining fare.

Simple story. Oft narrated. This time by the hero to a psychiatrist. Boy (Krish; Arjun Kapoor) meets girl (Ananya; Alia Bhatt). Love happens. But then… so does family. So does a culture clash. North is North and South is South, but shall the twain ever meet?

Inter-cultural or communal pairings do not have the smoothest of rides. K. Balachander’s Ek Duje Ke Liye (referenced in the novel, not the movie) was not very optimistic when it came to the lovers’ prospects. Mani Ratnam’s Bombay was essentially love and courage under fire when Maximum City went up in riotous flames. Raj Kapoor’s Bobby had a dramatic conclusion over jagged rocks.

2 States celebrates the issue of diversity with fewer catastrophes plaguing the lovers or their circumstances. Fans of the novel will be delighted. Out of all of Mr. Bhagat’s book-to-movie versions, this one stays truest to the novel. Those unfamiliar with the story do not need to despair. There aren’t prominent any gaps in the story that only the readers would grasp.

The film moves at a breezy pace, almost to the point where the initial meet-cute between the two seems rushed. But the two courtship songs in quick succession are a little unnecessary. Both families come visiting at the convocation and the first encounter is less than rosy. It paves the way for the real crux of the story – wooing the gharwallahs. 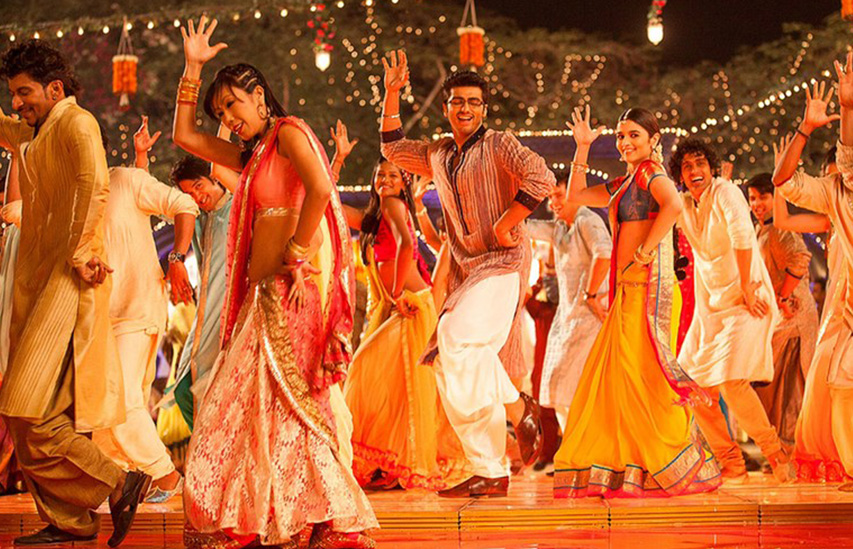 That is when the hero gets himself transferred to Chennai and works his way up the rung of prominence in the girl’s family. Krish’s efforts and observations, though, endearing, seem a little one-dimensional, considering that the interesting side-tracks of his boss and Ananya’s brother (essentially the former) made sense in the larger narrative of the book.

The absence of Krish’s rapport with his boss leads to an unconvincing, half-hearted scene where he convinces the latter to let Ananya’s mother (Revathy) sing at an office event.

A particularly good moment in the book, where Krish struggles to wear his prospective father-in-law’s lungi during an impromptu sleepover, did not make it in the film. It was a brief scene and would have taken little screen time.

Krish talking to the psychiatrist, while in keeping with the book’s plotting, was done sloppily in the film, since it overstays its utility in the story.

Also, when the drama is done, tears are shed and conflicts resolved, the wedding does happen. Tamil style. The film does not show the couple marrying with the big fat Punjabi elements as mentioned in the book, an unfortunate exclusion in a message about embracing other cultures.

But with a theme as contemporary and identifiable as this, the viewers will probably gloss over the little hitches. Besides, the good in the film more than makes up for the minor flaws. The makers have essentially compiled the events in the book into scenes which are more refined and controlled. 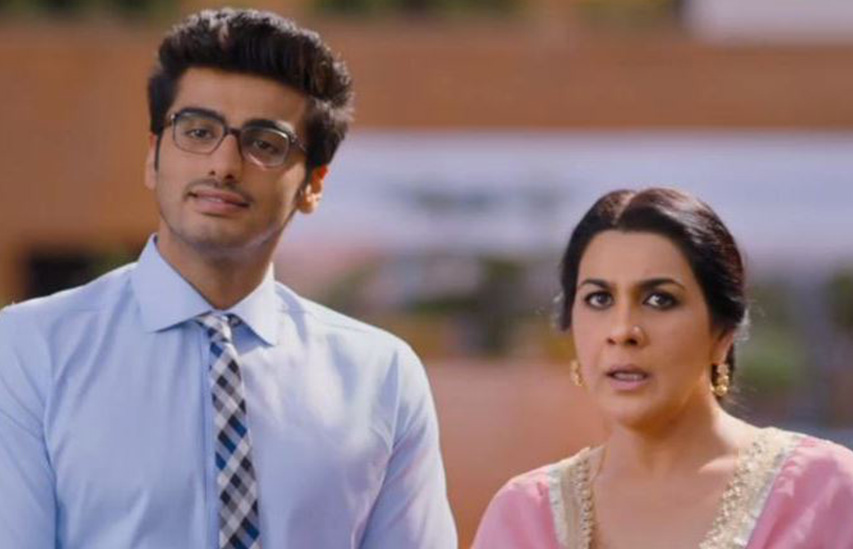 A flashback that establishes the reason for Krish’s conflict with his father (Ronit Roy) will elicit a reaction from the audience (in this reviewer’s screening, it was one of approving laughter). It has greater restraint and intensity, setting the stage for a turbulent relationship ahead. Another scene, where Krish proposes not just to Ananya but to her immediate family is memorable. There is also the Punjabi wedding of Krish’s cousin (don’t miss the small nuance where a relative calls Ananya ‘Anyaay’), which will bring the house down.

Arjun Kapoor and Alia Bhatt have incredible chemistry. There could not have been a more suitable pairing for the troubled couple. Keep an eye out for Alia’s Bharatnatyam at the Punju wedding. Amrita Singh dons the mantle of the harried Punjabi mother and puts in a superbly over-the-top performance. Ronit Roy makes for the perfect counterfoil, continuing his tightly-wound father act from Udaan, though he is more sympathetic here. Revathy is exceptional as Alia’s mother. Shiv Kumar Subramaniam makes for a great Tamil father. He is exactly what you picture when you read the novel. Achint Kaur deserves a shout-out for her performance as Shipra masi.

With everything working in its favour, there can be no two ways about 2 States. Book your tickets for this weekend.