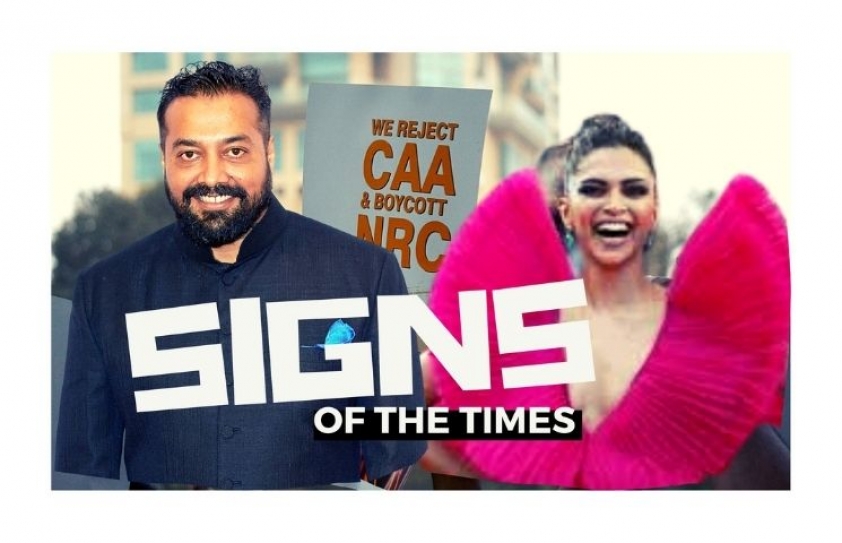 Humra Quraishi rewinds to 1995; when she met the first ambassador of Uzbekistan to India, Surat Mirkasymov, and remembers how much he loved Bollywood films.

Strange it seems that allegations of rape and sexual misconduct against Bollywood’s Anurag Kashyap have come up at this juncture. Why now? Mustn’t it be to do with his anti-CAA stance and his outright criticism of right wingers? If you recall last winter, he had also visited Jamia Millia Islamia University campus and met anti-CAA protestors at Shaheen Bagh. In fact, he is one of those who doesn’t mince his words and has been vocal about the divisive policies of this government.

The way the hounding and arrest of dissenters is going on, it seems many more like him will be targeted. Even silent sympathizers may end up facing tough times. You must have noticed since the last couple of days, ever since her name has come up and it is being alleged that she is a consumer of marijuana, most images that are being played out of Dipika Padukone’s on the small screen are those, which were clicked during her visit to Jawaharlal Nehru University (JNU) campus, just days after several students of that university were assaulted by right-wing goons. She didn’t make a speech nor did she even make a statement but her visit to the campus to stand amidst students was enough for her to project her solidarity with their cause. 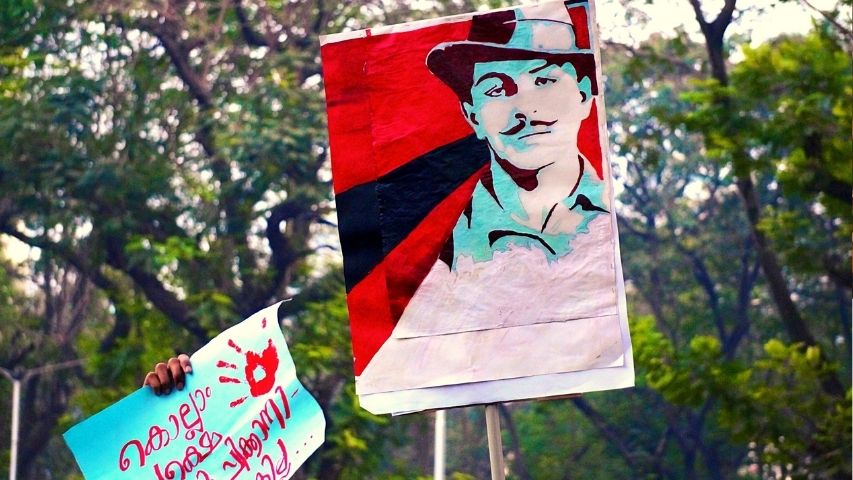 I don’t know what will remain of Bollywood, with politics spreading its dragnet around it. It is obvious that right-wing lobbies are trying to come centrestage and snuff out all opposing view points. Until now, Bollywood was one of those industries that had managed to keep politics away from itself unless it came to stand up for secular and liberal values. But now, ground realities don’t seem to look good. Will the aftermath of the agenda unfolding in the midst of Bollywood, get too divisive and frightful for us to process? What is in store for the movers and shakers of Bollywood, I wonder.

In fact, the first time that I had realized the impact of Bollywood’s movers and  shakers, not just in our country but far beyond, was many years ago, in 1995, when I’d interviewed Surat Mirkasymov – he was Uzbekistan’s first ambassador to India. I was taken aback; not just by the fluent Hindustani that he spoke but also by  his knowledge of Bollywood films and film stars. Before I took to interviewing him about his country and the  diplomatic ties between Uzbekistan and India (that was to be the thrust of the interview), I had to settle the ‘whys’ surfacing in my head. I had to ask him the ‘why’ about his fluency in Hindustani, his love for Bollywood films and film stars.

The Uzbek ambassador told me a tale; one on which a full- fledged feature film can be made. Let me start by writing the details of what he told me while eating dried apricots, “These apricots are from Farghana Valley. My love for Hindustani language. Why? I learnt it and mastered it because of my love for your country’s cinema. Actually, whilst I was still in school (Tashkent’s famous school No. 24, which was later named after Lal   Bahadur Shastri), the city had some special visitors. This was around the year 1954, when Pandit Jawaharlal Nehru had sent a delegation of film  stars - Nargis, Raj Kapoor, Dev Anand and several others, to the first film  festival of India in Tashkent. And several movies were screened – Awaara, Baiju Bawra, Do Bigha Zamin - you can’t imagine how I felt when I saw these stars and their films. I can’t describe what I felt. Yes, something   happened to me!”

With that take-off, Surat Mirkasymov used his Taurean determination to  master two languages - Hindi and Urdu, so that he could relate with our  films and the world of our cinema. “Yes, I was absolutely determined to  master these two languages. And so just after my schooling, I enrolled at the newly opened Oriental Faculty of the Tashkent University. But then there was a major hitch. There was no teacher to be found in the whole of  Tashkent that could teach us students Urdu and Hindi. Finally, one day we were told that there was an Indian prisoner at Tashkent’s Central  Jail, who could teach us. And he was an academic-scholar, Madan Mohan Hardat. He was an expert on both these languages. After he was freed from prison, he became our guru and it’s only because of him that I could master the two languages.”

He had also gone on to explain to me why Madan Mohan Hardat was lodged   in Tashkent Jail, “There is this sad and strange story about how he was  languishing in our prisons. He was a well-known scholar from the Benaras Hindu University and during the Freedom Struggle, he wanted to come to  the USSR, to learn more about what can be done to take the freedom movement ahead. But when he was crossing the Afghanistan-USSR border he was caught and mistaken to be a spy and with that, he was then dumped in the Tashkent Jail. Of course later, when he was freed, he taught us. He  returned to India in 1961 but died unsung in 1985.”

Getting back to his love for Indian cinema, Surat Mirkasymov told me that   after passing out from the university, he worked for Radio Tashkent for  five years, from 1962 to 1967, for the Hindi-Urdu service. Then he worked as a translator before becoming the head of the Uzbek Society for Cultural Relations with foreign countries. Thereafter followed his first diplomatic posting to India,  serving as Secretary in the Soviet Embassy in New Delhi and later in 1971, he became USSR’s Consul General in Calcutta. After the Soviet Union broke up and Uzbekistan became an independent country, he was back in India again - this time as his country’s very first envoy to India.

I had also asked  him: Did he get to meet any of the stars he‘d been a fan of? “It was a big list/bahut bari list hai - there’s Rekha, Waheeda Rehman and   today my favourite film is 1942: A Love Story. Manisha Koirala seems like a  nice  girl…”

Did he see our films regularly?  He said, “On the small screen. Although our own film industry is very big, till date your country’s films are popular in my country. Your country’s films are really loved by our people. It is because of this love for your films that our people really respect Indians; so much so that, if they spot a lady wearing a sari they will invite her home for tea.”

And this Indologist was planning to use his mastery over Urdu and Hindi, to  translate Mughal Emperor Babur’s poems and memoir into Hindustani.

To quote him, “Babur was one of the greatest poets of  our land and his Baburnama should be read by more and more people; for then they will  realize his genuine feelings towards this country and for Indians. Babur was  not a destroyer but he was a creator. If you read about his entire life you will realize he created, whether poetic verse or even when he created the Mughal Empire here, he transported trees, flowers, plants, fruits, cuisine, architecture etc. - all the  way from Uzbekistan. It is unfortunate that he is  known only as a conqueror though there are different aspects to his personality. Babur wrote in his Baburnama, the following message for his son Humayan: Cow-slaughter should never be allowed to take place in this land, for it will hurt the feelings of the Hindus.”