The International Documentary Film Festival Amsterdam held in November marks its third decade since its inaugural year under the exciting new leadership of Syrian documentarian Orwa Nyrabia. He introduced a different feel to IDFA; by emphasising geographical and social diversity and brought fresh perspectives to a programme that has sometimes lacked consistency. Founded in 1988, more than 250 international documentaries are screened at the festival. Including the presence of many filmmakers, sizeable audiences, all the discussions and debates, workshops, master classes and the experienced staff, and it's no wonder IDFA is the pre-eminent festival for creative documentaries. 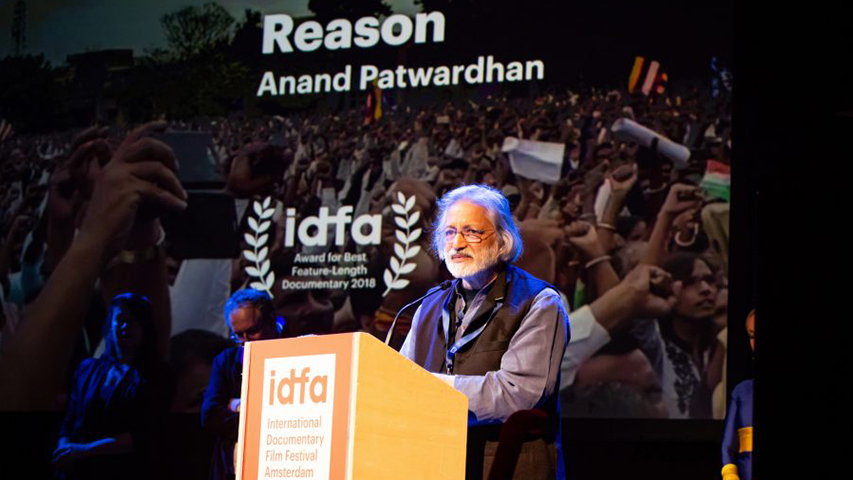 IDFA searches for documentaries that are cinematically intriguing or innovative, are relevant or highly topical to society at large, and stimulate the viewer to reflect, discuss and ask questions. IDFA strives for an international, diverse, topical and politically committed programme.

The festival marked its standout documentary, Los Reyes (The Kings), co-directed by the Chilean duo Bettina Perut and Iván Osnovikoff showcases Chola and Football, two street dogs who live in a skate park in Santiago. The film screens a magical world where dogs rule. Their daily business includes chasing bikes, hanging out with weed-smoking skaters, choosing what to carry around in their mouths and many other numb activities. Chola’s favourite game involves nudging a tennis ball to the end of a skate ramp before catching it as it’s about to fall. The two dogs make a perfect duo and keep the viewers entertained throughout the film. Pablo Valdés’s cinematography captures the pair in all their canine beauty. The film deservedly won the special jury prize for feature-length documentary.

Another documentary of such category is Reason, directed by an Indian film-maker Anand Patwardhan who screens the chronicles of the rise of Hindu nationalism. The film has a running time of four hours and covers some terrifying footages too. There is a slight pinch of those members who are trying to bring back reason and rationale to the country, leaving us with a fleeting sense of uncertain hope.

Based on an environment theme, Aquarela focused to screen water in all its forms. The Russian director Victor Kossakovsky made a jaw dropping theme, in which rescuers help drivers whose cars have dropped into a thawed Siberian lake. The scene emphasizes with Dolby surround effects, which felt like to be submerged in dripping cold water for 90 minutes while being pummelled by loud post-rock music. The film received a unique appreciation to be the most outstanding documentary.

Aside from the festival, IDFA consists of three industry components: the Jan Vrijman Fund, the FORUM and Docs for Sale. All of these were established in order to improve the international climate for creative documentaries. The Jan Vrijman Fund offers support to documentary projects and festivals in developing countries, the FORUM is Europe's biggest co-financing market for international documentary productions, and Docs for Sale is an international documentary market where buyers, sales agents and distributors can see a selection from the best creative documentaries of the past year. Together, these activities have propelled IDFA to its current, top-ranked status within the world of creative documentary cinema. On the whole, the IDFA thanks and praises Orwa Nyrabia for his constant support and for bringing the world’s film industry together.