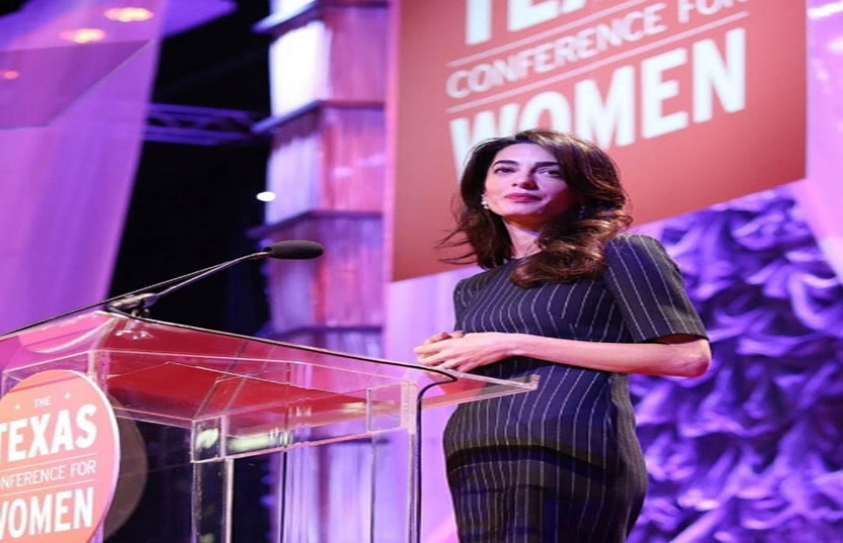 “As women, there is a bond we all share,” Amal Clooney told a sold-out audience at the 17th Annual Texas Conference for Women at the Austin Convention Center. “It’s not a bond of geography or culture, but of shared experience. There are struggles that only women face. The worst thing we can do as women is not stand up for each other. [But] if we are united, if we keep up the fight for each other’s rights, there is no limit to what we can do.”Clooney, a British human rights lawyer, has appeared before the International Court of Justice, the International Criminal Court, the European Court of Human Rights and various courts in the United Kingdom and the United States and she has held a number of posts within the United Nations. Most recently, she has begun a case against ISIS on behalf of Nobel Peace Prize nominee Nadia Murad, a young Yazidi woman who escaped capture and sexual enslavement by ISIS.