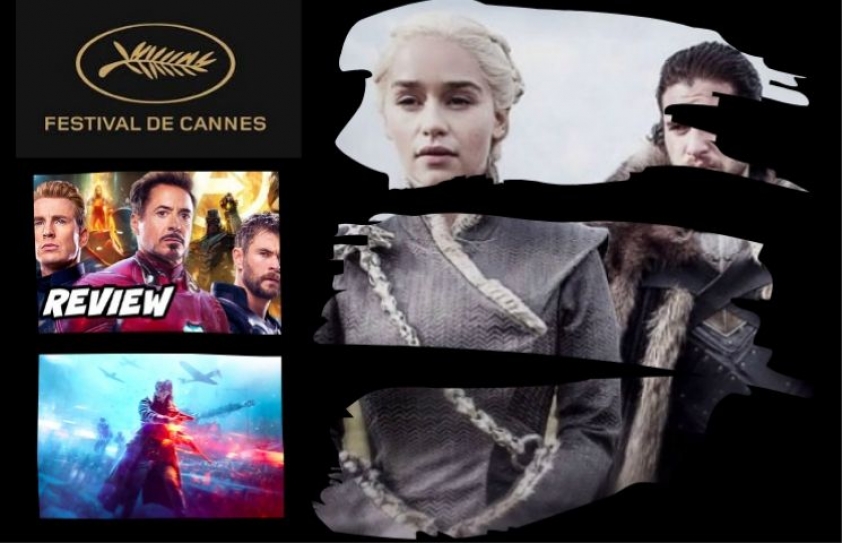 Steven Zietchik reports in the Washington Post that, it began with a few sentences from Quentin Tarantino.

The critical and fan favorite — his output has grossed $1.5 billion worldwide — wanted audiences who saw his new movie at the Cannes Film Festival on Tuesday night to restrain themselves.

“I’m thrilled to be here in Cannes to share ‘Once Upon a Time…In Hollywood’ with the festival audience," he wrote in an open letter posted on the Sony Pictures film’s official Twitter page. Then came the request: "The cast and crew have worked so hard to create something original, and I only ask that everyone avoids revealing anything that would prevent later audiences from experiencing the film in the same way.”

Tarantino’s anti-spoiler ask for his movie, out in July, created a Twitter backlash, then a backlash to the backlash. It became a flash point — the latest but certainly far from the last — in an emerging Hollywood battle over digital media.

Content creators have lately been upping their efforts to restrain what critics and consumers say about their movies online, particularly when it comes to so-called spoilers, plot revelations about new movies and TV shows. Many journalists have resisted, saying these efforts undermine open discourse.

The issues cuts to the current media quick: Who decides how entertainment is spoken about? How should we balance the right of content providers to protect their intellectual property (and distribution plans) with media personalities’ entitlement to freely discuss those properties? What responsibility do social platforms bear?

And maybe most important, is there a possibility for unfettered discussion without causing any harm?

“This annoys me,” Indiewire’s Eric Kohn tweeted from Cannes. “Tarantino, who values film criticism better than so many directors, should not be making special requests of them ahead of his Cannes premiere."

“How? He just said don’t spoil the film. You can still review it,” replied one Tarantino fan on Twitter, one of many examples of snark and vitriol aimed at those who supposedly spoil. “Because some critics love to spoil movies because they feel there is no other way to fully critique it otherwise,” chimed in another.

The efforts comes on the heels of a broad societal debate about the right to expression on social platforms — hate speech on YouTube, false claims on Facebook. It turns out the entertainment business has been going through its own digitally defining moment. Several weeks ago, the Russo Brothers directing team, worried that a key death in their movie would be tipped, imposed a “spoiler ban” for “Avengers: Endgame” until after the film’s second weekend of release. Angered by what they perceived as censorship, many in the media took to Twitter to register their objections.

It is the perfect digital-age contretemps: the fire that breaks out when an abundance of information sparks with the attempts to control it. The gasoline of social media then sends the flames higher.

“Here’s my issue: I can’t figure out what constitutes a spoiler,” Matt Zoller Seitz, the author of a half-dozen books about Hollywood, said in an interview. “Everybody has their own definition, and I find increasingly a lot of people consider any basic summary of the plot a spoiler.”

Zoller Seitz was part of the backlash that targeted Tarantino earlier this week (and then in turn was targeted by the backlash to that). He tweeted that plot knowledge and film enjoyment were not mutually exclusive. “I knew everything that happened in ‘Psycho’ years before I saw it. The original ‘Alien’ too,” he said, noting a film operated on many levels besides story. “This extreme sensitivity to being ‘spoiled’ is warping peoples’ sense of what’s important,” he added.

Long a student of spoiler etiquette (he wrote this piece about it), Zoller Seitz sees in the crackdown a kind of “spoilerphobia” that fundamentally has corporate interests at heart.

“I do find it convenient and suspicious that corporations have taken such an interest in spoiler prevention at a time when the ‘theatrical window’ has been shrinking to the size of a gnat’s wingspan,” Zoller Seitz told The Washington Post, using the term for a movie’s prime moneymaking period.

On Twitter he noted “Folks, a lot of this ‘don't spoil the movie!’ Strategy is about driving up opening weekend box office. The studio doesn't really care about protecting your enjoyment. They do it with good and bad films alike. They want to control the discussion, the information itself.”

Some fans, though, say the issue is simply about preserving the fan experience. “Not everyone is a privileged film-festival goer, he just doesn’t want his audience to be spoiled,” wrote one in response to Kohn.

Journalists say they are on quickly shifting terrain.

“It used to happen in slow motion,” said Michel Phillips, a longtime critic at the Chicago Tribune. “I remember when I gave something away in ‘Terms of Endearment.’ I got a letter, and then several days later, another letter. Now you hear about it all at once.”

He says he believes the spoiler bar has been lowered, too. “People reading reviews will freak out over any description or discussion of narrative detail,” Phillips said. “It’s at the point where if ‘Snakes on a Plane’ came out this summer and I reviewed it, people would say ‘Why are you telling me there are snakes on a plane?! I didn’t want to know that.’”

At least in traditional pieces, some stories come with warnings. But even that text is glossed over by many readers. And some writers worry the intense reactions could lead to self-censorship.

The onus, say many journalists, should be on fans. “If you don’t want a movie spoiled, DON’T READ A REVIEW ahead of seeing it,” tweeted Nigel Smith, the news editor at People. “It’s not hard.”

Social media, though, remains a trickier space. Twitter, where much of the debate takes place, is a chaotic public commons and the chance for unwanted exposure is high. Jostle into the crowd to buy bread and you can end up smelling the fish.

Bruce Nash, who runs Hollywood financial-analysis site The Numbers, says he sees in this debate a clash between the speed of Twitter and the slow churn of entertainment consumption. 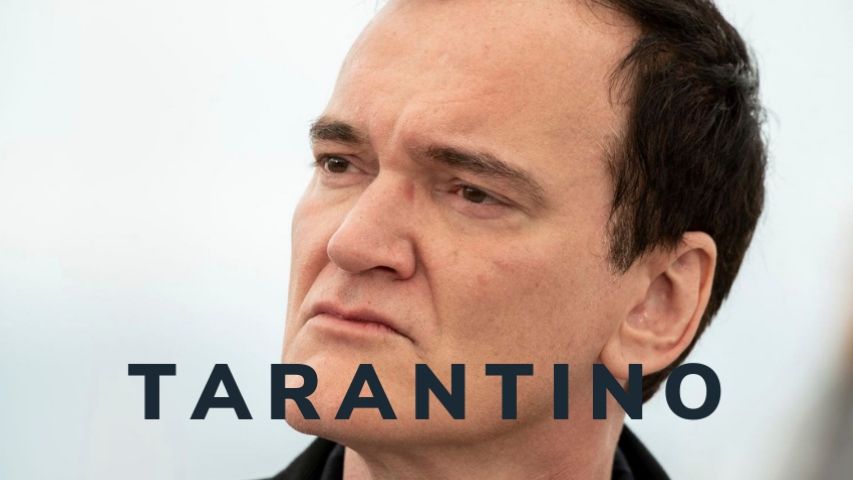 Director Quentin Tarantino attends the Cannes Film Festival. His "Once Upon a Time in Hollywood" has become a flash point in the debate over free expression and social media. (Joel C. Ryan/Invision/AP)

“On social media everything is of the moment. But people don’t buy tickets to a film or watch a TV show that way — they watch it when they’re ready,” he said in an interview. “So there’s often a disconnect between where a conversation is and where we are in your viewing.”

That can happen even when the delay is minimal: Some West Coast fans of the “Game of Thrones” series finale Sunday night metaphorically put their fingers in their ears and started singing when East Coast viewers started commenting on the events of the climactic episode.

Nash said that one solution would be for social media platforms to offer more tools to filter out unwanted conversation. Artificial intelligence might even allow for the detection and muting of spoiler-related postings from a given feed.

A more imminent response might come from the entertainment industry. Nash says the fight could impact the theatrical window and prompt the industry to speed up releasing.

“As this moves forward I think you’ll see that a movie releases everywhere — homes and theaters — at the same time,” he said. “If the information is instantaneous, I think the release has to be instantaneous too.”

Of course, this wouldn’t take into account festivals and press screenings. The industry has long had a handshake agreement with the journalists and early adopters who see movies in these venues, essentially trading a loss of control for buzz-building coverage.

But increasingly that relationship has been complicated, not only with rampant “embargoes” that request coverage be held until a certain date but also more formal non-disclosure agreements, a third rail onto which most major outlets still won’t venture.

Even when that doesn’t happen, the request can be vigorous. Universal Pictures has strongly asked that press not reveal a casting choice that manifests at the end of “Yesterday,” its alternate-universe romantic comedy about the Beatles due out next month. The request was reinforced by director Danny Boyle on stage at the movie’s Tribeca Film Festival premiere earlier this month.

Zoller Seitz says he believes fans get annoyed by spoilers as a simple consequence of information overload.

“Technology has rewired our brains, and we feel we have no control over information on our phones. We refresh a page and we see a story about police brutality or animal cruelty. Feeling so powerless, controlling knowledge about Spider-Man in ‘Endgame’ is all we can manage.”

He think the spoiler dilemma can be figured out — but only after plenty of pain.

"Social media is not that old a phenomenon. We’re still in the Wild West phase,” he said. “A lot of us have chosen to move to the Wild West. And that means until the walls can be put up, there are going to be accidents and accidental shootings.”