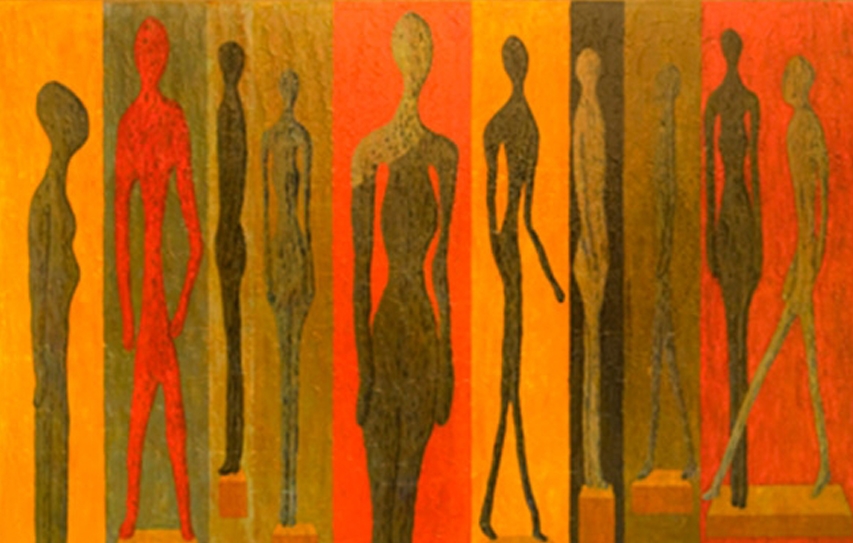 Beyond Pink and Blue!

When a baby is born, the obstetrician announces “It’s a boy” or “It’s a girl.” As babies, children learn to categorize everyone as either boy or girl. As simple as it may be scientifically, the concept of boy versus girl is more intricate than it appears at first glance. It’s not a simple dichotomy anymore.
Gender originally meant “kind.” This word was derived from the Latin word “genus”. In common use, it came to denote masculinity and femininity. Its main application was in grammar, where words were classified as having masculine, feminine, or neutral gender. In 1926, Henry Fowler argued that it was a purely grammatical concept that should not be used in other spheres. However in today’s dictionaries, one of the accepted definitions of gender is as a synonym for “sex.” The words are often used interchangeably, though the preferred usage is to use sex to refer to biological differences and gender to refer to social roles. The modern academic sense of gender was popularized by the feminist movement and that “sex” is a just another social construct.

Sexuality, next bigger issue that is recent time’s most popular area of interest, debate and probably gossip. Literally and most simply put this word means sexual preferences / feelings or attraction to other people, which by the very definition implies one that is personal and very special to an individual. It takes great courage to say, “I am a homosexual”. It needs even greater humility to put up with the statement: “What did you say? You are a homosexual”. This complicated behaviour leads to an obvious question as to why society looks down upon deviant sexual preferences. Is it because the homosexuals behave in a way which is not normal, or it is something that is not practiced by the ‘ordinary’?

These ‘unnatural’ relationships are fact of Indian social life, but a sensible reason why same sex marriage is bad for the country that is not based on religion, is still awaited. The traditional Indian society has always taken a very conservative and ‘don’t tell about it to anyone’ type of look at ‘sex’. But with increasing influence of western life-style and revolution in information technology (which includes access to satellite channels and electronic media) the outlook of people especially that of younger generations and social activists, is positively changing.

Just to show the great debate between the moralists and liberalists, let’s just briefly discuss Tihar Jail Sex Imbroglio. In India, homosexuality is not directly targeted by law. However, it is indirectly regulated by section 377 of the Indian Penal Code, which makes the act of intercourse against the order of nature, with any man, woman or animal, an offence. Between, February and April 1994, there were several reports in national newspapers about the existence of rampant homosexuality at Tihar jail in New Delhi. The doctors recommended that condoms be provided to prisoners to protect them from HIV, but the then Inspector General of Prisons, Kiran Bedi, opposed this view saying that it would encourage homosexuality which is an offence. The incident took form of a cultural debate where the moralists opposed homosexuality branding it as immoral and unnatural and imported contaminant while the liberalist argued otherwise, and thus was evident the divided hypocritical opinions.

Little do the so-called advocates and saviour of Indian culture remember that ancient Indian art and sculpture testify to the prevalence of homosexuality in India to a large extent. There exists numerous documentaries, archaeological and anthropological evidences to suggest that same sex ties were, not only culturally dignified but, revered by attributing similar traits to religious deities. The homoerotic carvings among the carvings on the Hindu temples of Khajuraho in Konark and Puri; and on the great Buddhist monument at Borobudur in Indonesia are the ones which are most popular. The Kamasutra has a mention of a number of homosexual positions; Indian kings used to have a number of boys in their harems, which, by the way, I guess are testimony to the fact that the “deviant” behaviour is not all that deviant to our Indian culture.

Nevertheless, today the most disgraceful fact is that there, still, are many incidents for the harassment of people with different-than-usual sexual preferences, despite years of campaigning and protesting by activists in the country. The biggest impediment in fighting discrimination based on sexual orientation is section 377 of the Indian Penal Code, which criminalizes unnatural sex. The law, a residue of Victorian principles, was made in 1860, according to which any sexual activity that was not meant for procreation was considered a sin.

Now, let us look at the picture, of this issue at hand, as is presented in the media, one thing that is consumed by everyone today in some form or the other. Why explore the relationship between media and gender? Media is at the centre of modern life, whilst gender and sexuality remain at the core of how we think about our identities. With the media containing so many images of and messages about men, women and sexuality today, it is highly unlikely that these ideas would have no impact on our own sense of identity. To complicate things further, we live in changing times. What we learned in the 1970s, 1980s or 1990s about media and gender might not even be relevant today, because the media as well as people’s attitude have changed. The ‘role models’ of the times gone by might be rather absurd and disconcerting now.
People believe that as media has progressed, we have generally been more accepting towards gender role bending, particularly in regards to relationships. We have become more accepting towards ‘unnatural’ relationships. This is definitely apparent, when we take for example of the hit TV series “FRIENDS”. In 1994, in the pilot episode, Ross announces he is getting a divorce because his wife found out she was lesbian. As usual this lesbian relationship develops all the way through the 10 successful seasons. In yet another example, that is a new series “Happily Divorced” (2011) was about how a couple gets divorced because the wife finds out her husband is gay. So we might think that things have really changed in which we can accept the change in traditional “Men and Women” relationships but my contention is, if we take into account the overall change of the portrayal of both genders by the media, have things really changed for better or is it just a one-sided view point?

To really analyse this we might have to look at each gender/sex individually and not in how they interact with the opposite or same sex. Masculinity, as the media portrays, is to have the most of everything; the most money, the most power, the most beautiful woman, the most physique, etc. These are all factors, at least one is always “defining” who the man is in the movie / show. So now, can we argue that there is tremendous pressure on males to be “masculine”? Typecasts of males include: Tough, strong, stoic, being the provider, being the initiator, being available for military service, being a father, etc. There are so many roles that a male must take on because of the stereotypes that have developed in our society. This is certainly not changing for the better. Shifting focus to females, if we compare the media’s targeting of women in the earlier years, much has changed, must has improved, and no more are they referred to as “house moms”. Even in media, she can be the hero and no longer has to be the damsel in distress.

However things are, indeed, changing for the better, females are being given the opportunity to take on roles alike within society, sexuality is more openly expressed and accepted but what with the males? Is the media rendering acceptability of males taking on women tasks? Even if that is done, it is mostly done in a comic and ridiculed sense. So, in a sense, it is more like pressurizing men to be the “man” they need to be. Here you might argue, that women are victims as well, they are made to hang up on a 15 foot poster on a lingerie shop window. Certainly, they both are victims of stereotyping, but still there is a more expression of females by the media than there is of males. There is also a set of people who argue that feminism has been “overdone” and the correction has become “over correction” and now men have a worse deal in society.
To correct this “over correction” and make equality a reality, if at all it is possible, will take a great deal of time. Also it is the time for us to change our perceptions and visualizations towards ‘unconventional’ relationships. We must accept that the main intention of sexual identity, sexuality and sexual activity is not only procreation but also enjoyment of human life. And thus it’s time to fight for equal rights to all sexualities and for decriminalizing the homosexual conduct.