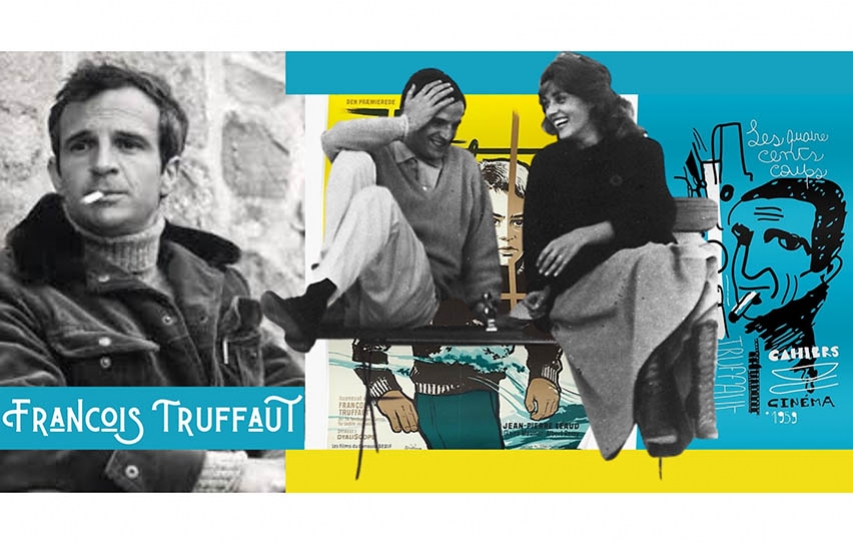 Godard’s Breathless and Truffaut’s Jules et Jim are the cornerstones of one of cinema’s most influential movements ever, writes Sharad Raj

The great film theorist Andre Bazin offered a delinquent teenager patronage at the age of eighteen. The boy was Francois Truffaut. A disturbed childhood and a trip to a reform home prompted Bazin to take Truffaut under his wings and the first seeds of the La Nouvelle Vague (The French New Wave) were sown. To begin with, Truffaut became a celebrated film critic for Bazin’s prestigious film journal, Cahier du Cinema and then, along with Jean Luc Godard, a founder of the French New Wave.

Jules et Jim, a 1962 film, is regarded as the apotheosis of the new wave. The film broke all shackles of larger than life, entertainment driven filmmaking of the Hollywood kind. The advent of the Avant Garde announced the philosophical and aesthetic emancipation of cinema. Truffaut and his compatriots Goddard, Eric Rohmer and Jacques Rivette went against the dominant tide to establish cinema’s own identity as an art form. Jules et Jim is ostentatious with its radicalism. It challenges and re-positions all concepts of time and space. 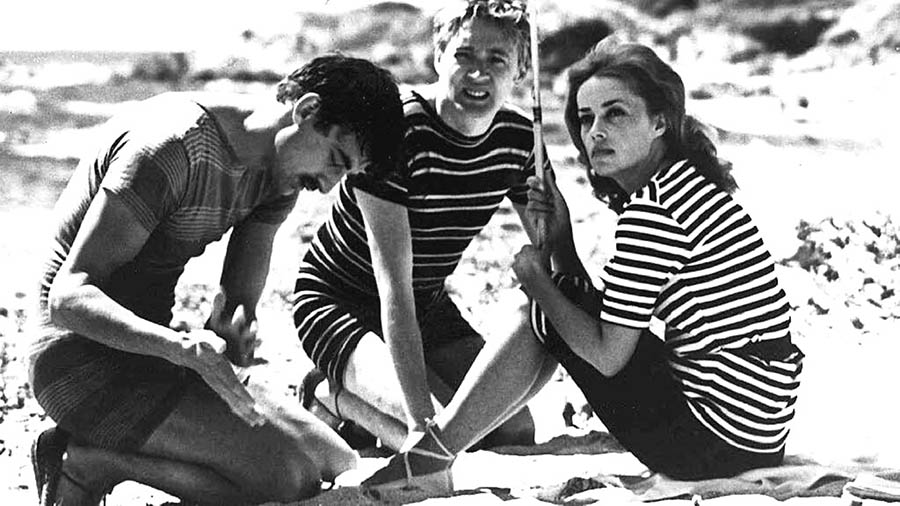 Jules is a shy writer from Austria who forges a friendship with the more extroverted Frenchman Jim. They share an interest in the world of the arts and a Bohémien lifestyle. They meet the free-spirited and capricious Catherine. Although she begins a relationship with Jules, both men are affected by her presence and her attitude towards life. A few days before the war is declared, Jules and Catherine move to Austria to get married. Both men serve during the war, on opposing sides.

After the wartime separation, Jim visits, and stays with Jules and Catherine. The couple by then has a young daughter, Sabine. Jules confides in Jim about the tensions in his marriage. He tells Jim that Catherine torments and punishes him at times with numerous affairs, and she once left him and Sabine for six months.

Jules gives his blessing for Jim to marry Catherine so that he may continue to visit them and see her. For a while, the three adults live happily with Sabine in the same chalet in Austria, until tensions between Jim and Catherine arise because of their inability to have a child. 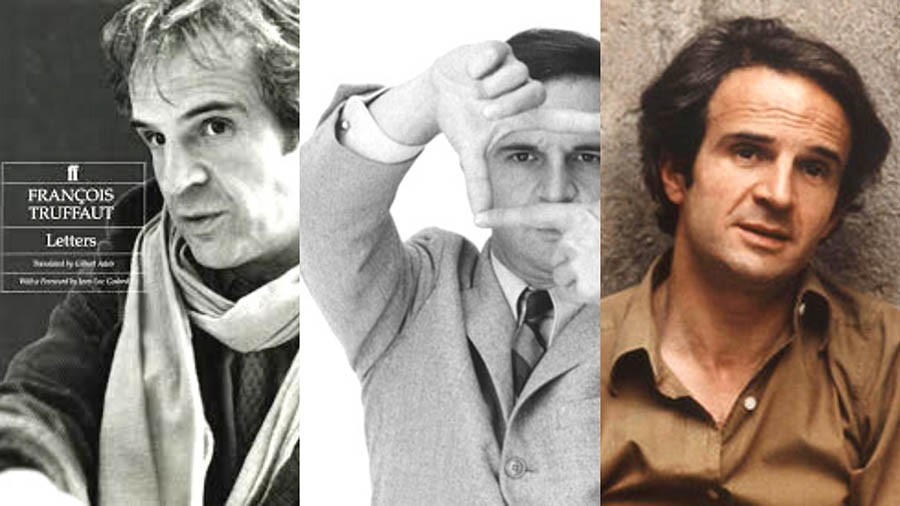 Jim leaves Catherine and returns to Paris. After some time, Jim runs into Jules in Paris. Catherine tries to win Jim back, but he rebuffs her, saying he is going to marry Gilberte. Furious, she pulls a gun on him, but he wrestles it away and flees. He later encounters Jules and Catherine in a movie theatre. The three of them stop at an outdoor cafe. Catherine asks Jim to get into her car, saying she has something to tell him. She asks Jules to watch them and drives the car off a damaged bridge into the river, killing herself and Jim.

Jules et Jim took the conservative French bourgeoisie by surprise at the time of its release in 1962. Never before had cinema portrayed a character as effervescent, free spirited and grossly unpredictable as Jeanne Moreau’s Catherine. “I do not wish to be understood”, is Catherine’s proud proclamation. She is unapologetic about her demeanor that turns out to be her fatal flaw. But what makes Truffaut’s cinema Avant grade is not simply the characterization of Catherine. It is the auteur’s complete acceptance of a woman like Catherine, for Truffaut celebrates her spirit. He makes more than radical formal choices to script and film his extremely personalized comprehension of the lives of his protagonists. Truffaut obliterates all differences between iconoclasm of form and content. 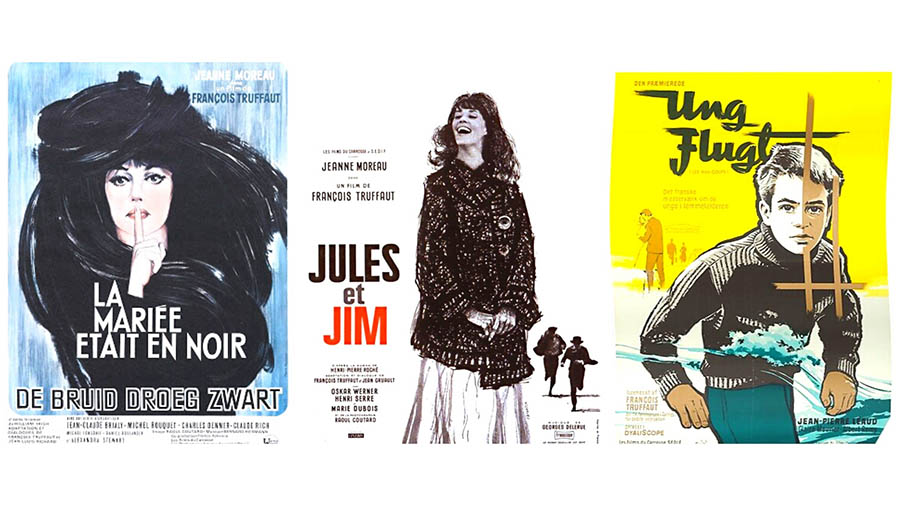 Both Jules and Jim are incapable of handling Catherine. Truffaut’s patriarchal critique exposes the lacuna in men when it comes to women who do not subscribe to pre-ordained prototypes. Catherine snaps the homosexual umbilical cord that Jules and Jim share, only to realize that her feminine abandon has fatal disposition. But it is Jules, the so-called ladies man, who is inept to deal with Catherine compared to the shy Jim. As Jim says, “you could take her, but you could not keep her”. But it is Jim who dies with Catherine. Jim meets his end not only for being the lover Catherine pined for but also for turning out to be grossly unqualified for it.

Truffaut’s anarchic form that is a combination of freeze frames, jump cuts and documentary footage abandons spatial-temporal continuity to adopt the episodic structure. The film’s narration in third person is temporally ahead of the visuals on screen. Thus Truffaut operates in two temporal zones giving both the spoken word and the visual, distinct identities. Jules et Jim is most certainly a masterpiece of modernist aesthetics in cinema.