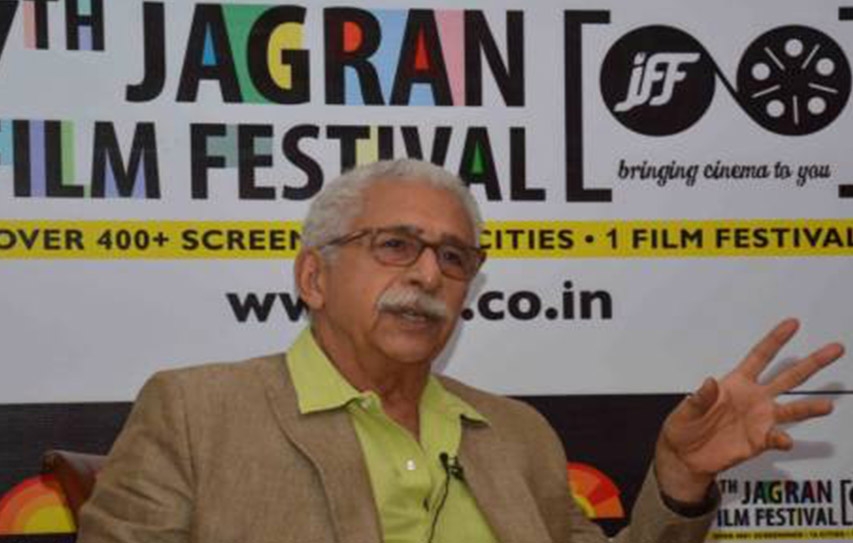 The festival in New Delhi will feature a retrospective on the actor’s five most acclaimed films The seventh edition of Jagran Film Festival on Friday kicked off in New Delhi with back-to-back screenings of Indian and Pakistani movies Toba Tek Singh and Chotay Shah respectively.
The five-day event was inaugurated by the festival’s chief guest, veteran actor Naseeruddin Shah, with the lighting of a lamp. The festival will feature a retrospective on Shah’s five most acclaimed films including Waiting, Albert Pinto Ko Gussa Kyon Aata Hai andMonsoon Wedding.