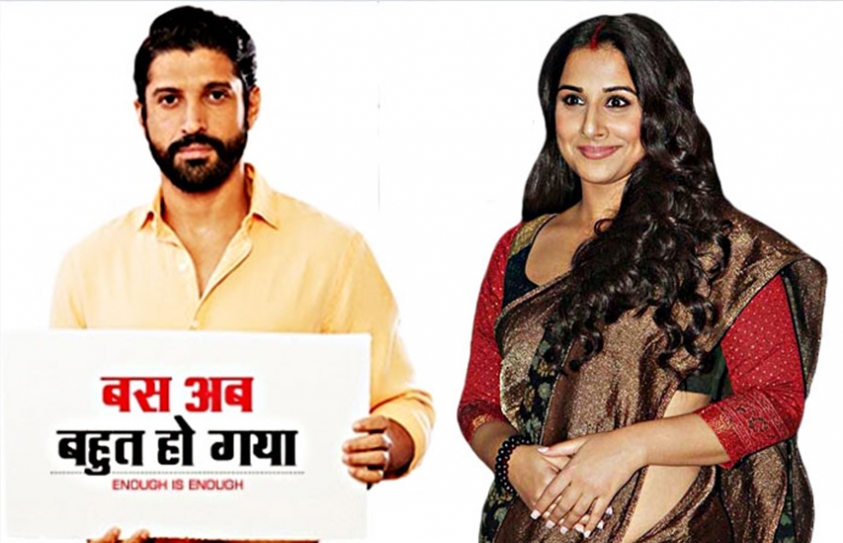 After actor Farhan Akhtar, Vidya Balan extended her support to the campaign ‘Bus Ab Bahut Hogaya — Enough is Enough’ which is led by Population Foundation of India (PFI), Farhan Akhtar’s social campaign MARD (Men Against Rape and Discrimination) and Feroz Abbas Khan by shooting a special video with her father PR Balan.The video speaks about Vidya’s strong bond with her father and it will be released around Father’s Day on June 18. The video has been directed by Ashish Sawhny and will be a part of the campaign.Speaking about the video Vidya says, “This is a very special video because it encapsulates the strength of my bond with my father. But there is a larger message too — of the value of the girl child. That discrimination between girls and boys has to stop.” In the video, Vidya’s father speaks of the delight of being a father to two girls (Vidya and elder sister, Priya) and reveals that he was brought up by a single mother. The father-daughter duo also shared anecdotes from their lives.