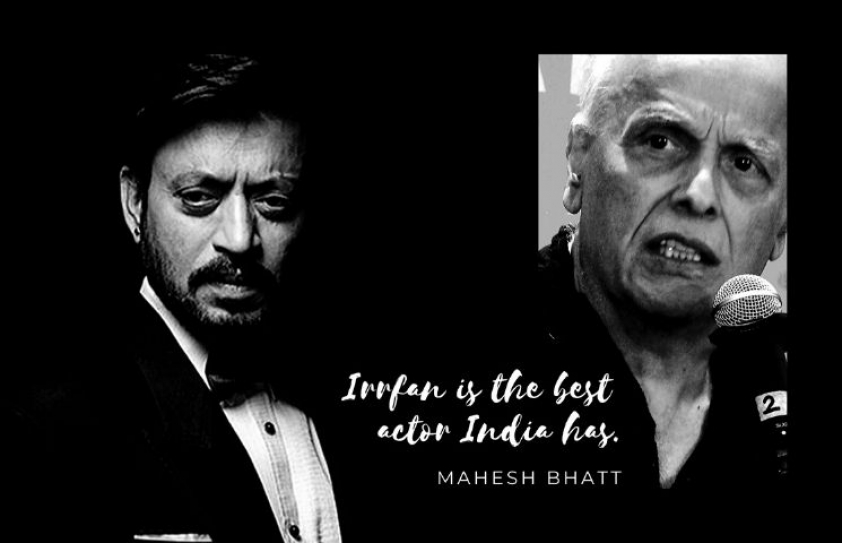 I still remember the first time I met Irrfan Khan. It was at Navnit Nishaan’s house at a dinner she had hosted when we were making the serial Tara. Must have been the year 1993. He was with his newlywed wife, Sutapa Sikdar who is a brilliant writer, or were they still seeing each other? I don’t remember.

When I was introduced to him, he said to me, “Tum bahut acchi writer ho yaar (You’re a very good writer my friend)” - It was the first time someone had said such a thing to me and I was thrilled. Then he said, “Mere liye bhi role likho na (write a role for me also)”.

Years later when I was writing a script for Mahesh Bhatt, I bumped into Irrfan at another get together among friends and he said to me, “Mujhe Mahesh Bhatt Saab se milwa do yaar! (Make me meet Mahesh Bhatt)” - I said I would do so. “Yaar mujhe Mahesh Bhatt ki film mein kaam karna hai (I really want to work in a Mahesh Bhatt film)” - he said and those words stayed with me.

A week or so later, Bhatt Saab called me and in his usual style said, “I have a few thoughts for the story you’re writing, where are you?” Those were the early days of cell phones. I told Bhatt Saab that I was at my house and he thundered, “I’m coming over”.

I immediately called Irrfan and informed him that Mahesh Bhatt is dropping by at my place any minute – because I didn’t know how far Bhatt Saab had called me from – and I told Irrfan that if he is free he should come by and pretend like he’d just dropped in for a chai – Irrfan had actually never come my house before and neither after for that matter. Same with Bhatt Saab because that is the only one time that he ever dropped by at my house. 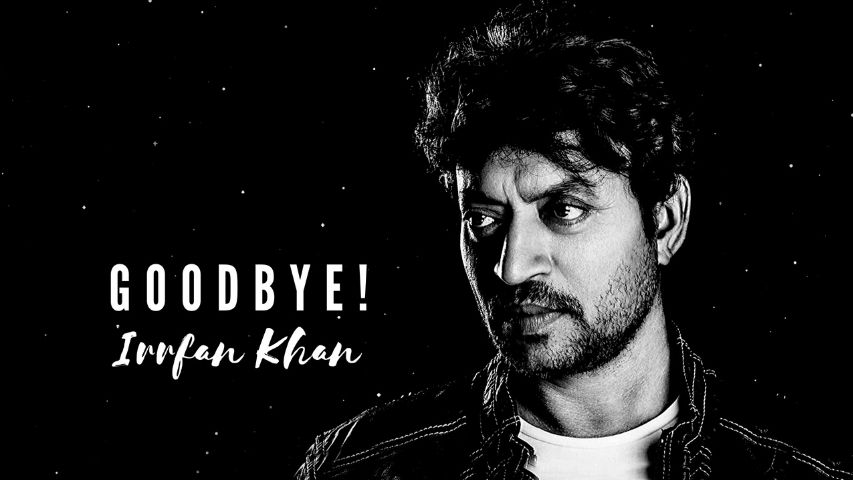 Maybe that is how the two of them were meant to meet?

Irrfan turned up before Bhatt Saab had arrived. He was with a couple of other friends and when Bhatt Saab came, there was no talk about the thoughts he had come to share with me but he sat around for the next three hours or so, thoroughly engaged in conversation with Irrfan Khan. The rest is history. Irrfan worked with Bhatt Saab on a few projects and before we knew it, he was on a trajectory with his career not comparable with anybody else.

Then Om Puri, his wife Nandita and son Ishaan, Bhatt Saab, Pooja Bhatt and I travelled together to Karachi in Pakistan for the Kara International Film Festival in the year 2005, where my film White Noise was premiering and Irrfan’s film with Pooja Bhatt as producer as well as a film starring Om’s were screening. We were there for about six days in all.

I remember on one of those days when Bhatt Saab and I were sitting in the lounge of the hotel in which we had all been made to stay. We were doing our own thing, waiting for the rest of the gang to emerge from their rooms before we were going to be taken to the festival venue for the inaugural function.

Irrfan stepped out of the elevator and walked up to the reception to give some instructions to the receptionist – whatever they might have been? It must have been about three to four minutes past when both Bhatt Saab and I caught us watching Irrfan and turned towards each other. We smiled at each other and Bhatt Saab said to me, “What?” as in asking me what I was thinking? Still under the Irrfan effect while he walked towards us from afar, I said to Bhatt Saab, “He’s like a black panther, look at his body and look at the way he controls it.” Bhatt Saab roared, “He’s the best actor that India has today.” Irrfan caught up with us and we were soon carted away to the festival in several limousines.

When my film White Noise was screened at Kara Film Festival, it got a great response and I was inundated with complements, immediately after. Irrfan waited until everyone around me had said nice things to me and had moved out of the way. In his characteristic style he leaned over, put his hand on my right shoulder, looked into my eyes intensely and said, “I also work in English films”.

Both of us burst out laughing.

On the way back from Karachi, we were seated next to each other on the flight. Om and Nandita were on the seats adjacent to us with their son Ishaan. Irrfan and I talked all the way back, discussed a subject, and planned a production together, which unfortunately never was to happen.

Subsequently we lost touch for that period of time when Irrfan’s career peaked and until a few years later when I received a call from Sutapa who was inviting me to the screening of Irrfan’s film with Shahrukh Khan Billu Barber.

She said, “Irrfan wants you to see the film”.

I went to the screening and thought that Irrfan was not in his comfort zone as an actor in the film. I loved his work irrespective and told him truthfully, that as usual he was great but to me he seemed like he was a tad uncertain – it was that kind of performance from Irrfan, which is impossible to imagine because if there was one actor in Indian Cinema completely sure of himself and certain of the language, which his body spoke, it was Irrfan Khan.

“That is why I wanted you to come to the screening,” he told me, “Tu sacch bolti hai yaar (You tell the truth my friend).” We parted ways smiling at each other because I knew and he knew how loaded that brief conversation between us was. Irrfan was not made to be a Bollywood guy, period.

It was just two weeks or maybe about three weeks ago? I sent a text message to Sutapa. I requested her to spare a little time and write a 500-word piece for The Daily Eye about how life has been during these times of COVID-19. She’s prompt in replying, has always been. She sent me back a message saying she would not be able to find the time because she was occupied round the clock playing nurse.

What a brave and beautiful woman Sutapa is!

I hope the Almighty gives her the strength to bear this loss and to process her grief. Because the industry of entertainment losing Irrfan Khan is one thing, but Sutapa losing her husband, a man beyond excellence and brilliance, is a whole other thing that only she knows.