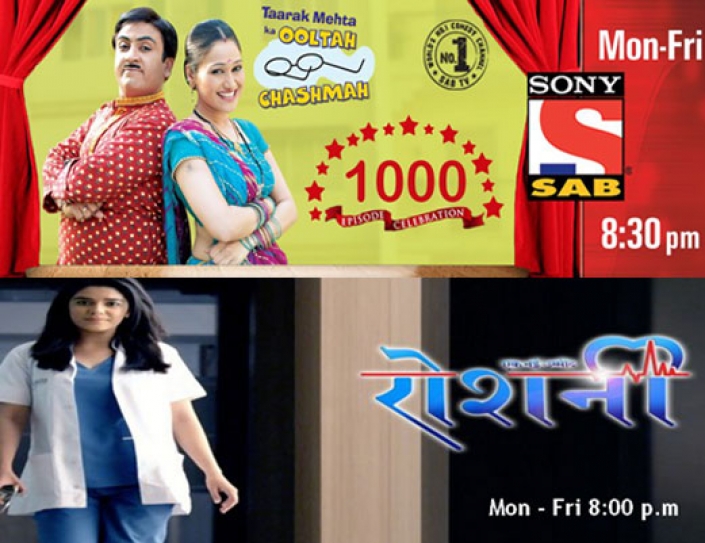 July has been somewhat satisfying for televiewing, barring a few glitches and peeves. Admittedly, I would doff my cap to Asit Modi, his team of writers and cast of Taarak Mehta Ka Ooltah Chashma. This show is ever on top of current events, and I don?t mean the many festivals they celebrate over a bunch of episodes, but also life events. June-July is the month when parents and their children spend sleepless nights and visit as many shrines, temples and masjids as they can to propitiate the almighty. The Board results are to be declared and collge admissions sought. TMKOC?s Tapu Sena is going through the rites of passage ? as they are on the threshold of stepping out into the world. With them, their parents too experience their own set of anxieties and fears of marks, admissions, etc. While the Bhides and the Hathis go about asking for blessings in a conventional way, the Gadas are as usual over the top. The mantle of responsibility falls on poor Jethalal. Awaiting the results, Daya?s mother has ordained that to ensure Tapu?s sparkling performance at the Boards, the son-in-law has to wear a sweater all day and night for three days and abstain from using the A/c or having anything cold. That too in the summer months. Percentages and college admissions hang over collective heads like a sword. There is also the fact that merit list admissions are few and far between, under the table exchange is a thriving seasonal money spinner. Once again, Jethalal attracts trouble like flies to a spoon of honey. TMKOC goes the full mile exposing the college admission scam. Jethalal and Taarak at first fail in their attempt, showing how smart the operatives are to thwart a sting operation. But Champaklal Gada?s Gandhian tactics get the culprits to confess their crime. Here is a serial which creates a situation and shows a way out with a great deal of homespun wisdom. There is always a lesson at the end of each sequence, which the viewer takes home. Sharp planning and a practical message is what have kept this daily sitcom ticking for the last eight years. It has sustained viewership without a generation leap, but a gradual transition is what has had Tapu Sena step out of childhood into college life. TMKOC was fittingly acclaimed at the SAB Se Anokhe show at the SAB Ke Anokhe Awards. As compared to the seven year run of TMKOC, a newbie on Life OK is making viewers sit up, and hopefully more viewers will watch Ek Nayi Umeed Roshni. A hospital drama, the month old show is a perfect blend of personal and professional drama. Set in a family owned and run super specialty Leela Hospital where all three generations of Dr Amar Kishore Singh?s family are doctors. Hospital drama notwithstanding, the makers have provided a good script which mixed emotional moments with just the right amount of anxiety brought on by emergencies. Already the younger cast has been showing their ability for subtle performances. A touch of romance, family tensions and a lurking external menace have all found their way into the plot in minute doses; including medical malpractice. The linear narrative releases the plot elements in small doses, enough to arouse the viewers? interest and sustain it. Amol Palekar as the patriarch is admirable in the scene where his associate of long years Badri (played by Raghubir Yadav) collapses. His bedside vigil is so intensely portrayed that the viewer too wants Badri Nanu to recover quickly. In a subtle way, Dr Amar Kishore gets Dr Vasundhara Singh realize that her patients - irrespective of their social standing -have a priority over her social commitments. Roshni and her friends Nick and Nitin are in Bhopal for the inauguration of the Leela Hospital. They get pulled in to the emergency situation in the hospital. Roshni is to return to London to do her fellowship in cardiac surgery under an eminent doctor. Later on the serial will examine several situations in medical practice including how surgeons hoodwink patients by charging them for imported stents, etc. and using those made in India. The medical malpractice element notwithstanding the show has replicated the hospital ambience down to the minutest detail of surgical equipment, correct pronunciation of medical jargon and the accurate way to hold the surgical instruments. The authenticity in recreation must be commendable. Here is a show which fosters a new hope. July has indeed been an eventful month.