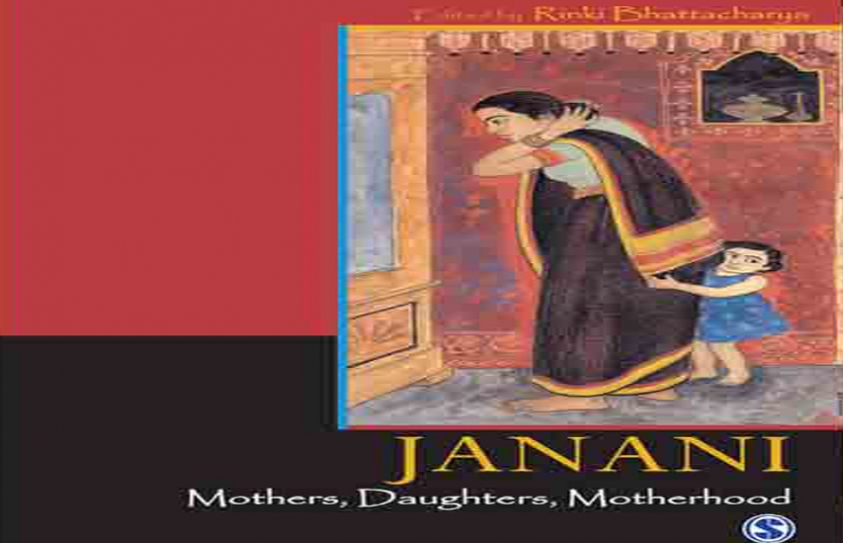 “I remember it being a curiously bewildering phase. A period when I was beginning to feel excluded from the mainstream activities of my family…but it took me a foolishly long time to realize that I was practically retired as a mother….”
The above lines opened my Preface for the collected essays in JANANI, MOTHERS, DAUGHTERS, MOTHERHOOD. Written almost a decade and half back – the words remain strangely relevant. The essays interrogate motherhood from an informal, personal perspective. The collected volume, I am delighted to say, is neither dated nor is it likely to gather dust or become invisible. If it is nurtured well, the book is meant stay for a long shelf life. Real life mothers may - or may not stay on - as we witness daily, my book, JANANI promises to stay on as it appeared at the World Book Fair last week. The collective voices in this book resonate insistently with candour, and unfailing honesty. Qualities that characterise the female gender.

Our panel at the book fair consisted of other authors on motherhood. Two more titles recently emerged from SAGE- Stree and SAGE Yoda press respectively. Both these titles – INTERROGATING MOTHERHOOD (by Jashodhara Bagchi) & EMBODYING MOTHERHOOD (Shubhangi Vaidya & Anu Aneja) move the issue persuasively. Most women gathered that evening felt that motherhood eclipses women’s myriad talents. That women’s aspirations beyond motherhood/wifehood were rarely explored. Social expectation the world over seemed to demand women become mother. As though the mere fact of a woman becoming a biological mother justified her life! Redeemed her, in fact. Gave her credibility and social respectability. Women themselves consider it is vitally important to give birth, become mothers or remain unfulfilled. It is a double edged sword in other words.

The dangerous assumption that women are nothing but mothers needs to be challenged continuously. By each new generation of men and women. Women the world over are reversing roles, defying conformity. Breaking down barriers. It is difficult for women if they want to strike out as writers, artists, scientists, musicians, pilots- or if they wanted, simply stay single. Resisting marriage and motherhood results in instant head on collision. Women risk being condemned. Socially rejected. It is even worse if women choose an alternative life style. For example, alternative sexual preferences are treated with ruthless cruelty.

When I started out to collect narratives for JANANI, interrogate motherhood informally, women of diverse disciplines came on board. I did not have to convince my authors about the validity of the theme. I had the immense good fortune to get a prompt response from veteran poet Kamala Das. From Jashodhara Bagchi who composed the brilliant FOREWORD. A galaxy of women came forward to narrate their first hand experiences in JANANI. Thus was born this creative nonfiction, of which I am mighty proud. The lively forum in New Delhi was an excellent time to recall some of my favourite narratives. In Bharati Ray’s poignant story on her dying mother she confronts the tragic reality of aging. Ray portrays her infirm mother who has lost her beauty, her mobility and awaits death. To see her mother for what she became was itself a brave act for Bharati Ray. Her final words force us to reflect our deepest anxieties about mortality. She asks:

I admire Shashi Deshpande for admitting that nothing comes naturally- “not even breast feeding” to women who are presumed to know all things a mother ought to be. Embedded in myths and stories present “in the very air we breathe” as Shashi observes– motherhood reiterates the popular sentiment that a woman is a wife only for a while, she is a mother all her life.

Thrusting motherhood on women is an old game plan. It is a powerful deterrent to control women, their sexuality their aspirations outside family life. Nabaneeta Dev Sen reminds us in her chapter: From that moment therefore this free woman became enslaved.

Women have and are resisting this Machiavellian game but they are often bruised in the process. Deepa (Gahlot) shares how she has beaten the game by choosing NOT to mother. Anwesha’s dark story pierces our sensibility. Titled The “Mother who wasn’t “it is the poignant lament of a teenager living with the pain and guilt of aborting her foetus. Her repeated refrain: “Somebody who should have been born is gone” runs through the narrative like a pounding heartbeat. And then there is the incredible Dhiruben Patel. The unmarried writer Dhiruben considers herself a supremely happy mother!!

My unique collection of critical thought provoking essays from a distinguished group of women who have left their imprint is life affirming. It fulfilled my own need to legitimise that I have a life beyond motherhood. For me, and for others, the journey has been painful, lonely, extremely tough – but worth all that. And if you wondered who the real heroes of world history are, you don’t have to look far - just look at the mothers.