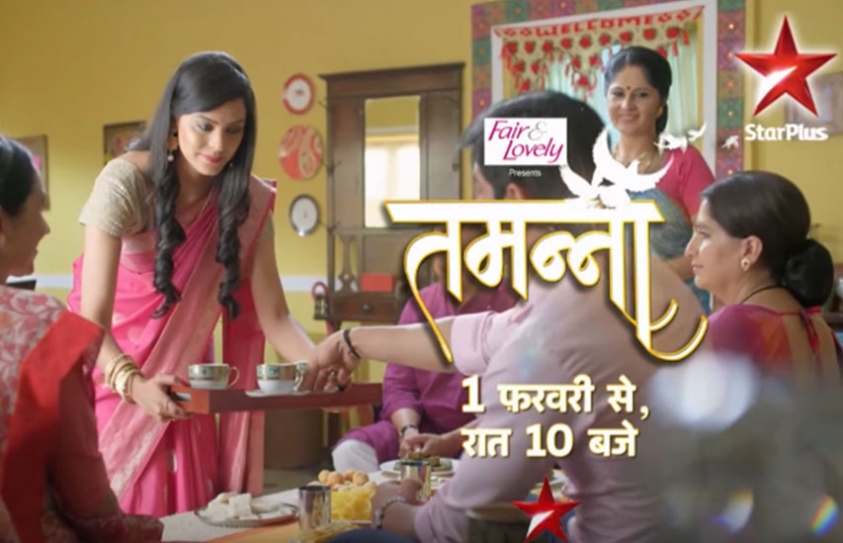 Star Plus’ Tamanna isn’t just about the challenges of a woman cricketer and her single parenting. The script has taken a macro view of social biases, enforced viewpoints, and the predominant subversive elements, who wield power to incite communal passions to conflagration. These issues expand Dharaa’s role as a single mother, to a woman who is questioned by social prejudices like: how can a woman coach a cricket team? Meerut, which is currently Dharaa’s world, is brimming with an ultra conservative outlook and politics of separatism. Her welcome was by a cycle-rickshawalla who remarks: Women don’t move around alone at night. She soon learns that not just society, but even the school is governed by religious distinction – from the staffroom to the classroom!

A recent sequence of episodes of Tamanna took a sharp communal turn. When Dharaa joins the government school, she is appalled to see that in the classrooms, students are divided by their religion, intermingling between Hindus and Muslims is forbidden. The cricket team she is to coach into a winning team, is fragmented by communal bias. The latter being the city’s trademark. She sees the boys playing cricket as Hindus and Muslims. More than teaching the technique of cricket, Dharaa decides that at first the boys need to merge as a team, dropping caste and creed.

Just as the boys start to drop their prejudices and start knitting as a team, a minor accident on the pitch is made into a communal incident and the subversive elements take over. The police confiscate the school’s precious new cricket kits. The anti-social political elements fuel the incident. Dharaa decides its time to get the boys to bond out of school. She calls them over to her house and watches them shed their bias and bond. But the local troublemaker Sanjay Pratap Singh, who serves a politician, interrupts and spoils the boys’ day out. The boys ask her: Whose coach is she? Muslims’ or Hindus’? She quells their confusion by changing her name to a universal Tamanna.
Having flouted social norms, the Jamnagar girl has padded herself and lofted the ball as high as her dreams. Her daughter Shubhangi is showing an inclination for the tabla. Her neighbour Guruji Chaurasia, a surly tabla maestro shuns the child and disapproves of Dharaa’s progressive outlook.

Tamanna is marked by a well written script reflecting the politics behind communalism and the resistance for social change. It is enhanced by fine direction and editing. Kudos to the producers for the natural authenticity in Dharaa’s early cricket playing sequences; Anuja Sathe and Harshita Ojha (the younger Dharaa) and Kiran Karmarkar must certainly have a passion for the game which shows in the ease with which they take the field. Tamanna is certainly the pick of primetime.

Dahleez, the other absorbing primetime drama is set in Delhi’s bureaucratic family which is well connected socially and politically. The Sinhas are a family of highly placed bureaucrats and a lawyer, while the Ramakrishans are a traditional South Indian family, where the father is a dance guru and a stickler for astrologically governed movements. This North – South cultural divide has so far been amusing as neither understands the other, but are coming together only because of Adarsh Sinha and Swadheenta Ramakrishnan. As the recent episodes reveal there is going to be a lot of action and intrigues on offer. The stellar performances have come from Meghna Malik, who plays the sophisticated lawyer and matriarch and Amit Behl, the highly placed bureaucrat and patriarch. Dahleez though a fictional narrative, it has authentically recreated not just the Delhi ambience, but also the mindset.

Star Plus’ primetime is moving away from the acrid content of overdressed melodramatic characters into narratives of substance. Tamanna and Dahleez we hope are just a beginning.