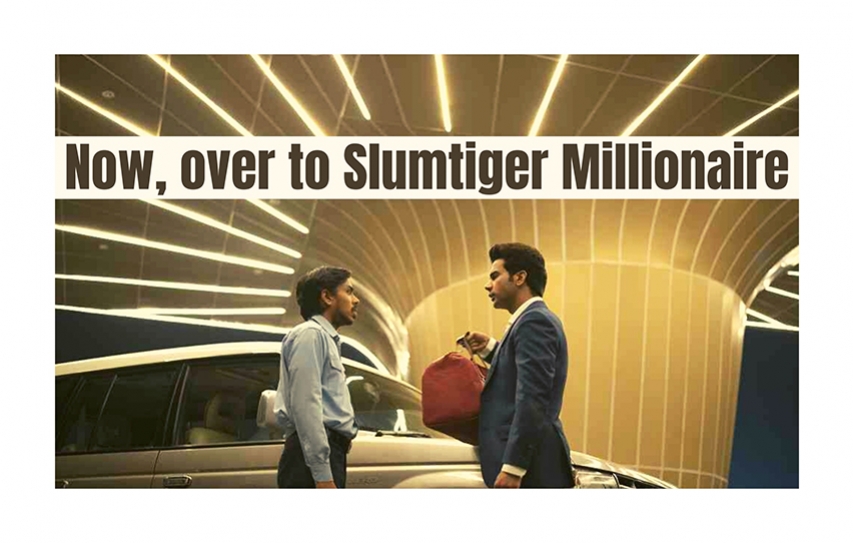 Khalid Mohamed reviews the so-so The White Tiger, is impressed by Zid Ki Jeet and thumbs up the golden oldie Indiscreet. 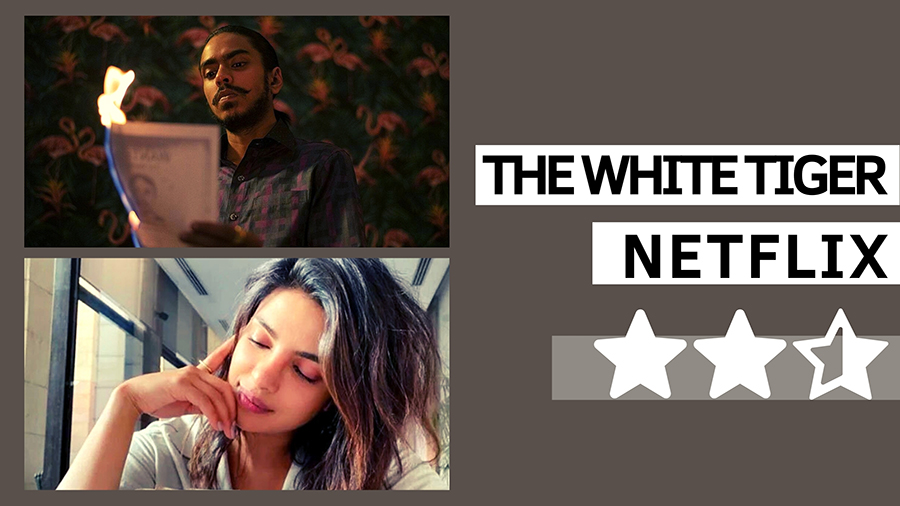 He’s in a rush to toothpaste brush. To keep up with the mwaah-mooh society, the village smarty must remove the stains of years of chomping gutka. Eureka, he does, in a flash-‘a’-splash, then sporting a smile that’ll take him miles and leagues ahead into the Richie Rich land. So come on, call out the celebratory baaja-‘n’-band.

The adaptation by director Ramin Bahrani of Aravind Adiga’s Man Booker prize-winning (2008) is quite faithful to the novel, attempting strenuously not to miss out a consonant or vowel. Presumably, the author should be chuffed, although as a viewer there are many points to be rebuffed. The meteoric rise of the rustic, doggedly puckish Bahram Halwai (Adarsh Gourav), at least in its film version, strikes you as far too incredulous to be true. If wishes were horses, maybe our l’il Ballu would even end up possessing a stableful of Derby winners.

Fleeing from a hamlet lorded over by Thakur landlords, not to forget a Don-like grandma (Kamlesh Gill) who behaves as if she’s watched all the three editions of The Godfather - he finds employment with a landlord’s family, no less, in the power enclaves of Delhi. Yaay!

Through sheer brain craft, he ingrates himself as the chauffeur of the family’s U.S.-returned scion (Rajkummar Rao, using a gobbledygook accent) and his wife (Priyanka Chopra, more credibly accented in an abbreviated role). And thereby begins his ascent to the near-top of the world of entrepreneurship, a ship which may rock occasionally but never sink. Do think, is it that easy-peasy?

Okay, so let’s suspend our sense of disbelief and snatch some relief in the good ole yarn of a nobody becoming a somebody - a story, which he emails to the Chinese Prime Minister scheduled for a Delhi darshan. Whether the mail’s read or not remains a humdrum conundrum, besides the voice-over to detail the mailed content ends up sounding like a Ted Talkesque recitation. Uh huh.

Worse, the foxy wannabe-gazillionaire connives to sack the family’s major domo driver who prays before a hundred Hindu deities but happens to be a closet Muslim. Out goes the religion double-tasker from the gilt-edged portals. Quite easily done. Result: for the mean Balram the fab-fun is about to begin or putter to an end. Worry flurry.

Inevitably, a twisteroo in the plot is just around a hair-pin bend. Mr and Mrs Scion are living it up for the latter’s birthday party. With tremendous zeal, she takes over the wheel. And whoosh, on the dark Delhi streets, there’s a hit-and-run case (sort of vaguely reminding you of Tom Wolfe’s The Bonfire of the Vanities located in New York). Squawk.

Zap: Ballu is inveigled into taking the rap. And he plays along, realising that this do-or-get-jailed is his final ticket to fame-shame-shame-and-fortune. Here’s a case of sheer ‘luck’ by a fatal accident of a streetside kid, who someone announces won’t be missed - because these poor street guys have far too many bacha log to nurture. Some logic that, a lacuna, which could have been remedied in the script.

Which is to say that The White Tiger (a rare species viewed in a Delhi zoo for that seasoning of symbolism), may contrive short-cuts in its narrative structure, travelling between the lows endured by the have-nots and the highs of the well-heeled in high-rise suites. Yet despite such myriad reservations, your heart does intermittently reach out for the uber ambitious Balram’s preservation.

His characterisation is so firmly etched that you keep hoping that he will drive his masters to wrack and ruin. And it helps considerably that the role is enacted with a performance of limitless conviction and passion. Without a jot of hyperbole, in the part the little-known theatre-trained Adarsh Gourav (seen before as one of the baddies in Sridevi’s swan song Mom) is outstanding in his portrayal of an aspirational wolf in sheep’s clothing. Bully for him.

A diabolical avatar of the quiz champ of Slumdog Millionaire, Balram keeps the pot boiling throughout this rogue-to-untold-riches account. Moreover, the contrasts between village life (where he pretends to pray to age-old trees) and the hell-hole of the hell-hole education system there, the all-too-pliable cops and a politico nicknamed the Great Socialist (Swaroop Sampath), as well as the hierarchy in the segment of the domestic helps, are microscopically observed and lensed by Paolo Carnera.

And to wrap up the immoral tale, appears a resilient kid who could ensure that the servant-master equation could be way mutually-respect in erm, an utopian future. During such moments, Ramin Bahrani (an Iranian American director most famously known for Chop Shop, a story about an intrepid orphan), invests a bittersweet undertow to the dramaturgy.

Of the cast, Priyanka Chopra’s part as the quasi-empathetic Mrs Scion, who longs to return to the U.S., appears to have been softened at the edges, leading to just about an okey-dokey performance. As for the tribe of oppressors - led by Mahesh Manjrekar with a fetish for foot massages - they’re strictly cardboard cut-outs.

With all its potholes and smooth roads, would I recommend The White Tiger? To that, I’d say, yes, go ahead. You might not make your day. But it’s one way of staying home safe for sure. 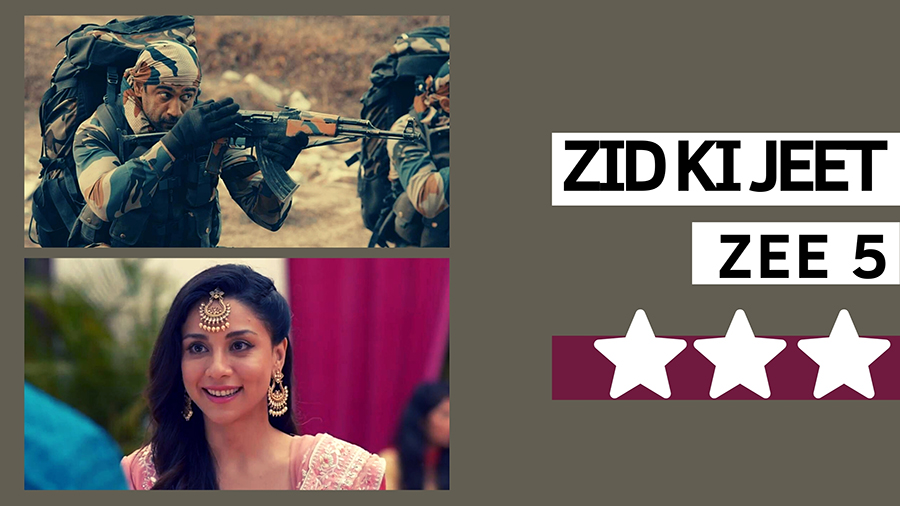 Here’s a surprise hamper of a  seven-episode webseries, excellently rendered by director Vishal Mangalorkar, backed with top-of-the-line production values by - who would have thought? - Boney Kapoor.

A fictionalised take on the war hero, Major Dependra Singh Sengar, this one’s a  clearly inspirational recreation of  the life of an army man - renamed Deep Singh (Amit Sadh, buffed up), who goes through rigorous field training in Manali to join the Special Forces. Fuelled by the mission of avenging his brother’s slaying by a bunch of terrorists, he undergoes the most excruciating, jaw-dropping exercises (spreadeagled on an ice slab, carrying a fellow soldier on his shoulders, underwater breath control). These comprise a chunk of the opening episodes. And both in terms of technical and stamina chutzpah, surpass those experienced in Hollywood’s An Officer and a Gentleman (1982). No kidding.

Adopting a non-linear style, the plot zigzags between 1966 and 1987, eventually hurtling towards the Kargil war of 1999: Deep Singh is paralysed by a grievous injury sustained during combat. Dwelling now on his bouts of self-worthlessness, dissatisfaction on turning into a wheelchaired teacher and sinking day by day into self-pity, only a miracle can restore him back to normalcy to rise and shine again.

And that he does with the unflagging support of his wife, Jaya (Amrita Puri) and above all, a rehabilitation programme by his former, Fuhrer-like trainer Col. Ranjeet Chowdhry (Sushant Singh).

The plot could have turned maudlin. Thankfully it doesn’t because of the sustained conviction of the screenplay writer Siddharth Mishra and the sturdy cinematography by Akilesh Shrivastava. Plus, the director never wavers by detouring into the implausible realm. Of course, the credibility is heightened by the real-life Sengars, who at the end of every episode, verify the facts with objectivity and restraint.

To be sure, the tempo of the last-half of the series tends to move at bullock-cart pace. Another downer is the  predictable caricaturing of the terrorists as is the practice with all films and series nowadays.

Undeniably, Amit Sadh - carroming between life-defying courage and seizures of psychological depression - turns out his career-best performance yet. He owns Zid Ki Jeet, through every frame. Even that feat wouldn’t have been possible without an absolutely tour de force act by Sushant Singh as the strict-yet-softy trainer. Amrita Puri as Deep Singh’s wife, who has to somehow keep her family together, is first-rate too. Unqualified words of praise too go out to Aly Goni, as the lead protagonist’s war buddy. 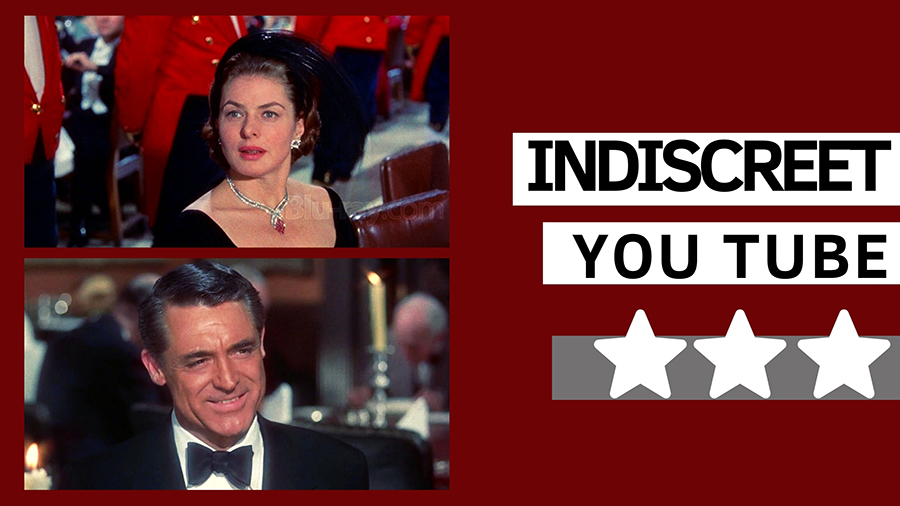 If you have the patience to detect gold from the junk on YouTube, stream into the romantic comedy Indiscreet (1958) directed by Stanley Donen. Shot in glorious technicolour of yore, here’s a cat-and-mouse game played by a woman advancing in years, Ingrid Bergman, and her suave suitor, Cary Grant ,who is an expert at keeping secrets, going to the extent of claiming that he’s already married.

A bit of a hokum of a plot there. Yet the shimmering close-ups of Ms Bergman as well as Mr Grant, will keep you grabbed  by the collar. Also sample quite a few of the great black-and-white early suspense whodunwhats of Alfred Hitchcock, Suspicion, Notorious and To Catch a Thief, while you’re at it. In fact, whenever the new desi content on the channels look iffy, the golden oldies are a life-saver.