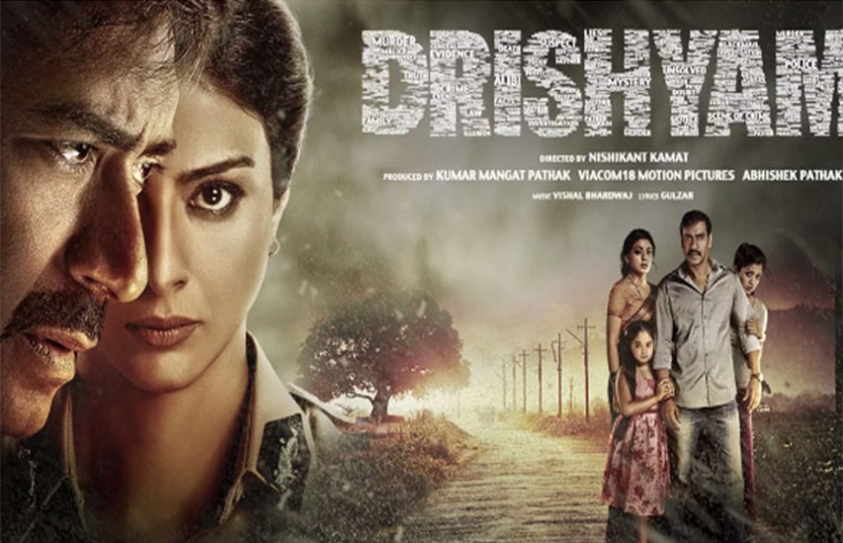 A crime has been committed, but for those who know what’s happened, it doesn’t really feel criminal. For those trying to prove it, there just isn’t enough evidence. This is true for the story in as well as the story of Drishyam.

Drishyam, a Hindi remake of Jeethu Joseph’s Malayalam film, opens with a declaration that it is based on an original story by Joseph. This is clearly designed to make Ekta Kapoor and anyone who has read Keigo Higashino’s The Devotion of Suspect X choke on their popcorn.

Kapoor bought the rights to remake Higashino’s fantastic murder mystery in Hindi. Meanwhile, far away from Kapoor’s Andheri office, Joseph adapted the novel’s plot for a Malayalam film starring Mohanlal, and set it in an Indian village. Kapoor sent a legal notice, Joseph claimed it was his story. And because his is a smart adaptation, Joseph is the one who gets to do the slow-mo stride while Kapoor’s legal notices lie defeated by the wayside. Everyone knows the story of Drishyam isn’t really original, and yet no one can prove it because Joseph’s version is just original enough. 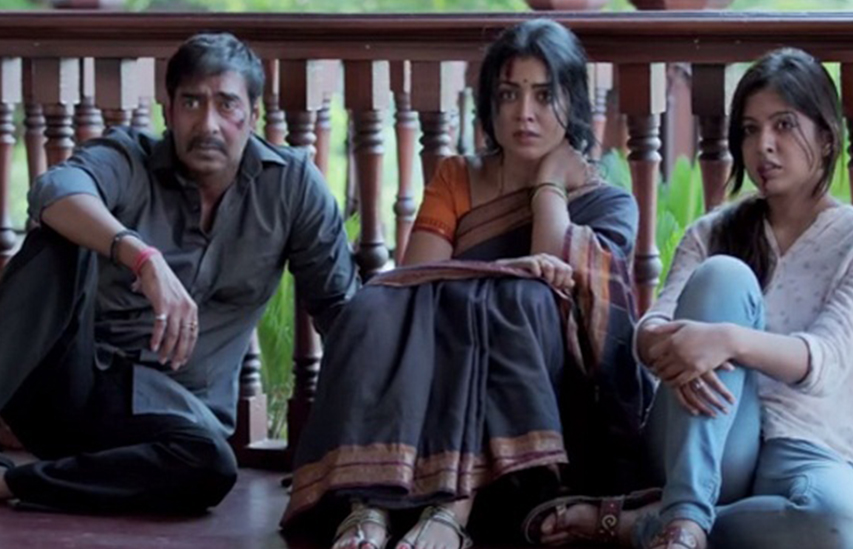 In the Hindi film directed by Nishikant Kamat, Ajay Devgn gets the onscreen hero’s walk. He gets it because his character in the film, Vijay Salgaonkar – like Joseph – tells a good story. This really is meta.

Vijay is a cable operator in Pondolim, a fictitious village in Goa. He has two daughters, a pretty wife, an eatery where the owner gives him credit, and a two-wheeler that lets Vijay vroom through the picturesque Konkan countryside. It’s a pleasantly dull life. When Vijay’s elder daughter Anju (Ishita Dutta) is contacted by a boy she met while on a school trip, the first tear appears in this picture-perfect world. He has a video of her showering and he’s more than happy to blackmail her with it.

You may wonder why this obnoxious chap isn’t afraid of being exposed for threatening Anju. After all, her father is Ajay Devgn, sorry, Vijay Salgaonkar. There’s a very good reason – Little Mister Blackmail is the son of the Inspector General of police. Take that, Daddy Dearest.

This premise is actually Joseph’s greatest triumph and the reason that the plagiarism claims don’t stick legally. There may be unmistakable similarities between Higashino’s story and Joseph’s – in both, a man convinces the police that he’s committed a crime that he hasn’t actually committed; takes the blame for a crime someone else has committed; and the mystery hinges upon an elaborate sequence of fake alibis that the police struggle to dismantle. 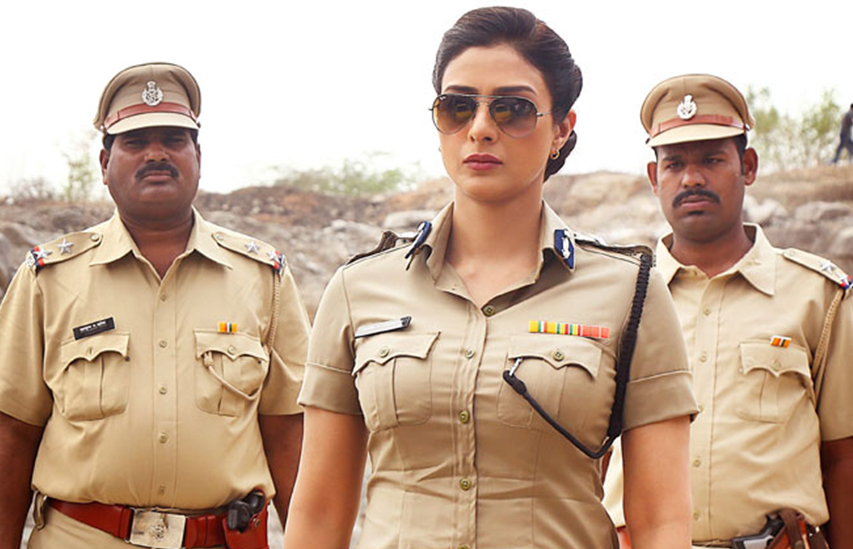 However, the big difference between The Devotion of Suspect X and Drishyam is that there’s a social commentary that’s identifiably Indian in the latter – the cable operator’s daughter has no chance of getting protection from the IG’s son. No one under these circumstances would think there’s any point being honest because the entire police establishment will come crashing down upon the Salgaonkars if they point fingers at the IG’s son.

As it turns out, this is exactly what happens when Anju’s blackmailer disappears and IG Meera Deshmukh (Tabu) becomes convinced that the Salgaonkars have something to do with her son going missing. Unlike Higashino’s professor, she has no logical reason for her hypothesis, but she’s the IG and a gut instinct is all the reason needed to unleash hell upon Vijay and his family.