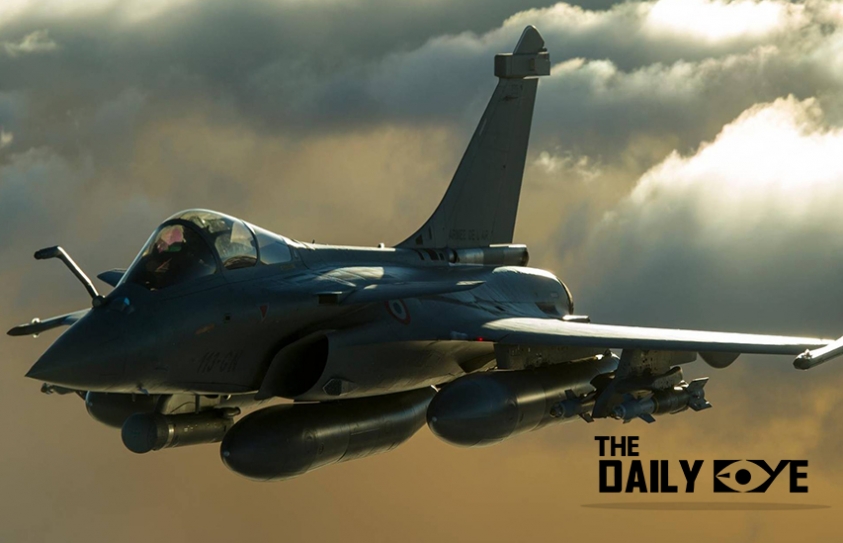 Do Writers need to go Anywhere looking for Political Drama?

“Every single day, there are new revelations of how the entire Rafale deal is turning out to be a scam of the biggest proportions that India’s independent history has ever seen,” said Smt. Priyanka Chaturvedi. The AICC came forward with information regarding the conspiracy of silence, a conspiracy of collusion by the highest authority in the Nation, who has compromised national security and the nation’s interest in favour of their own suited-booted friends.

Shri Jaipal Reddy, who is heading the Core Committee on the Rafale scam, addressed the media on all the new revelations that have come to the fore. He said, “The Rafale scam is getting ‘thicker and thicker’ and ‘curiouser and curiouser’ with every passing day.” He spoke about two important developments, where Shri Modi is getting caught or sandwiched between international revelations and internal disclosures.

With regard to the International Revelations, he said, “For the first time, yesterday the present French President Mr. Macron while answering a specific question avoided ‘the question’. He simply said "I was not in-charge at that time". In other words, he did not contradict the version of the former French President Mr. Francois Hollande, who asserted that Anil Ambani’s company was taken as an off-set partner because of the pressure of Government of India. And the pressure was so intense that they were left with no choice.” He said President Macron had prepared for long to answer this question.

He continued, “I may recall our President Shri Rahul Gandhi had met him along with the former Prime Minister Dr. Manmohan Singh earlier on. Then, Mr. Macron had made it clear that it was for the Government of India to decide as to which part of the deal is secret. So, yesterday, Mr. Macron answered the question in English, was fully prepared to answer the question. He said it was part of a broad framework of relations and all that. In diplomacy, whenever you can’t give an answer, even a Spokesman for the matter, you give a voluminous answer, voluminous answers are not necessarily luminous. So he avoided the question.

The point that the AICC was highlighting was ‘the consistent non-contradiction by the current French authorities of the claim made by the former President that is absolutely tantamount to confirmation of the facts mentioned by the former French President. Former President did not make any bones about it. They would not have chosen Anil Ambani’s company but for the pressure of the Government of India. So, this non-contradiction by the current President of France is equivalent to an international revelation – international confirmation’. 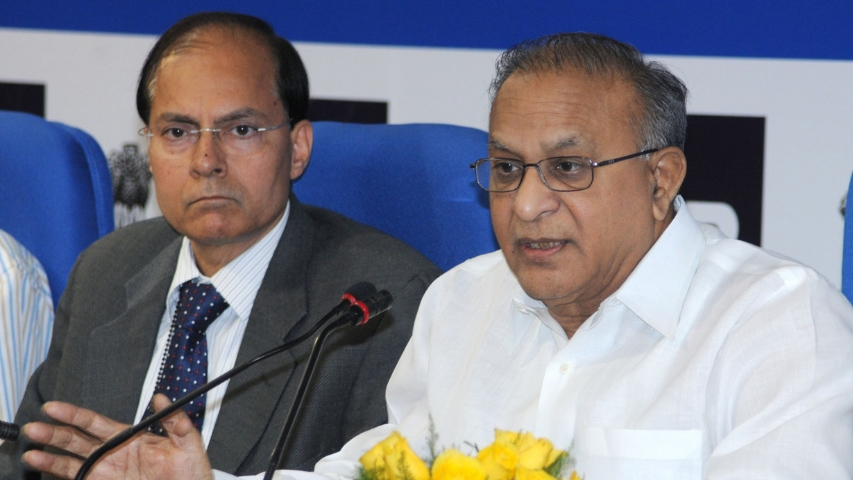 Shri Jaipal Reddy reiterated that “now, Shri Modi stands self-condemned. I have been a keen participant in politics for 50 years. I have been a keen student for 60 years – all of you have been students of Indian politics. And as a student of politics, I am not aware of a single example of any Prime Minister of India being contradicted by the former President of any responsible major world power in the last 70 years. And France has been friendly and Shri Modi himself said that France is the only country which has stood by India in the last 70 years consistently, in the days of cold war or when we went in for nuclear test in 1974 or 1998. From the days of President De Gaulle to the current days, France has been a friendly country. If the former President of France says something this country has to sit up and take notice.”

Shri Reddy said that the Prime Minister was “no longer contradicting the President of the Congress Party, no longer contradicting the opposition in India, no longer talking of Pakistani enemy. There are no bogeys left here. There is no ploy left in Paris. Don’t confuse Pakistan with Paris”. He stressed that Shri Modi owes an explanation to the nation about the statement made by the former President of France on Anil Ambani’s company.

“I am also making another statement as a responsible parliamentarian. I am not aware of any major defense commercial pact being ratified after the deal was signed. It is an exceptional case of post-facto ratification. After the deal was signed by the Head of the Nation, what option were the subordinates left with? Subordinates had to make up and prepare the appropriate paper work for ratification by the Cabinet Committee on Security (CCS). What happened in the process – the deal signed by Shri Modi and France President Hollande had to be signed between the Defence Ministers. Shri Manohar Parrikar and his Defence counterpart in France signed this formal ratification agreement on September 16, 2016 - more than a year afterwards. But before that what happens – Joint Secretary and Acquisition Manager (Air)  in Defence Ministry, there is a Department of Acquisition Manager - it is about Defence Standing Committee since I am familiar with it, I am mentioning it to you. Joint Secretary objected to this deal already signed by the Prime Minister. What were the grounds on which he objected?”

“The first objection was on the price. The Joint Secretary Shri Rajiv Verma pointed out the price arrived at by the UPA Government for 18 aircrafts was cheaper than the one being paid for each of the 36 Aircraft. Second – he also pointed out that Euro Fighter have offered to supply an aircraft of the same kind at 20% price discount. So what did he say - he did not recommend Euro Fighter although the Euro Fighter and Rafale aircraft are more or less equal in their capability. Both of them are first rate international aircraft.  We have no doubt about the quality of the aircraft. What did Joint Secretary say - better tell France to charge 20% less. So, what happens – the Joint Secretary Shri Rajiv Verma had to go on leave. There comes a superior officer – senior officer. There comes a superior officer, who overrules the Joint Secretary who went on leave and one Lady Smitha Nagaraj was posted as an officer senior to him and she was posted from the PMO as per the sources. It is for the Government to contradict or confirm, subject to confirmation by the Government. Look at the manipulation. After all this the process of ratification agreement between the Defence Minister of India and Defence Minister of France was delayed by more than one year. It was ratified in September 2016 whereas the deal was signed between the President of France and the Prime Minister on 10th April 2015 - more than one year – it is an order of Rs. 60,000 crores. You are paying Rs. 41,000 crores more and took more than one year to ratify. When was the Cabinet Committee      on Security presided over by the Prime Minister, who will do it automatically?”

“Rafale scam is just now unfolding, many more things to see. So far we do not have the answer for the question. Government of India needed 126 aircrafts. You agreed only for purchase of 36 aircrafts. Priyanka Ji raised this question number of times at number of places including Mathura and Varanasi. What has happened to the remaining 90 aircrafts? How will our Defence be well prepared if we are not equipped at the minimum level in respect of Air Force which is the most important aspect of any Defence preparedness.”

"So, Shri Modi the more you try to run away, the more you get drawn in the morasses of this Rafale controversy. The Rafale scam has begun to stink and Shri Modi has begun to sink into the sea of this scandal. There is no way he can get away from it. There is no way we will allow to get away from it. There is no way the people of India will ever forgive him for there is nothing but betrayal of the Nation. For us, it is the betrayal of defence of the country. How can the Prime Minister of India refuse to answer the point raised by the former President of France? How can silence be the response of this to our accusations?” he concluded.