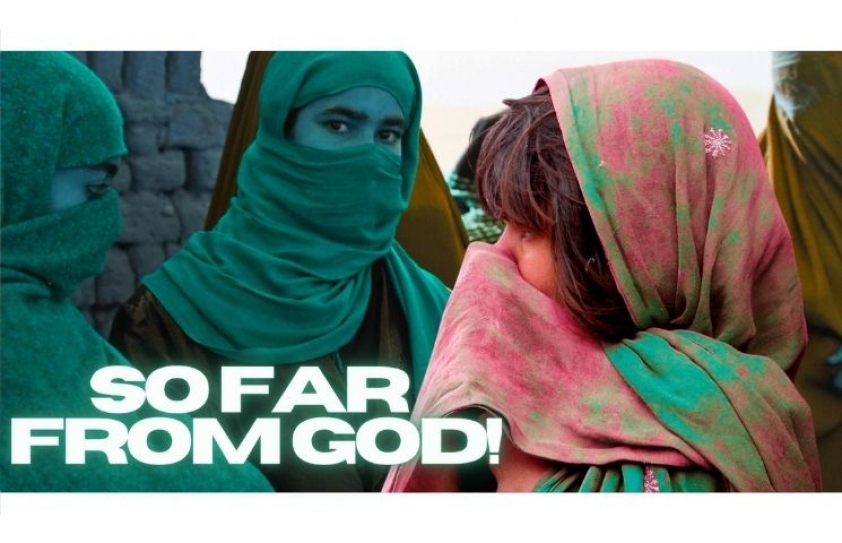 Humra Quraishi discusses the definite background to the sorry state of affairs in Afghanistan.

For the last several years foreign powers, including the two superpowers of the world, have been playing ‘political games’ not just in Afghanistan but also in the Middle East, in the Arab world.

Commentators had been stating that the Arab governments were cautious in their approach but the masses were talking of the ‘invisible army’ of America and Allies seen in their lands. Several Arab academics could also unearth the ‘mystery’ surrounding the sudden resurfacing of the well-organized terror outfits - set up by the American and Israeli Intelligence agencies, together with the weak proxy governments in the ‘Muslim world’.

Today, with internal strife accelerating, the masses are left without resources to fight, ruled by proxy governments. It is therefore obvious that several of these countries stand devastated by tactical intrusions of foreign powers, that have ‘used’ the age-old ploy of creating a civil-war-like situation everywhere.

Just see the human tragedies unfold in Afghanistan, Syria, Iraq and Yemen. Hard hitting are the images of citizens fleeing, running, escaping - going to nowhere? Even if they escape alive, they would have the refugee-tag pinned to them for generations to come. They’ve been made to run from their homelands, they are uprooted, destroyed, demolished and ridiculed. If you recall, French publications like Charlie Hebdo mocked the tragic death of the Syrian child Aylan Kurdi. He and his family were seeking refuge because of the expansionist designs of the mighty nations of the world, that were using different alibis to establish base before striking.

Khan Abdul Ghaffar Khan’s grandson, Asfandyar Wali Khan, had once said in an interview to me, “Religion was used by Americans in Afghanistan to create bases, otherwise Afghans struggles were based on  nationalism and not religion.” 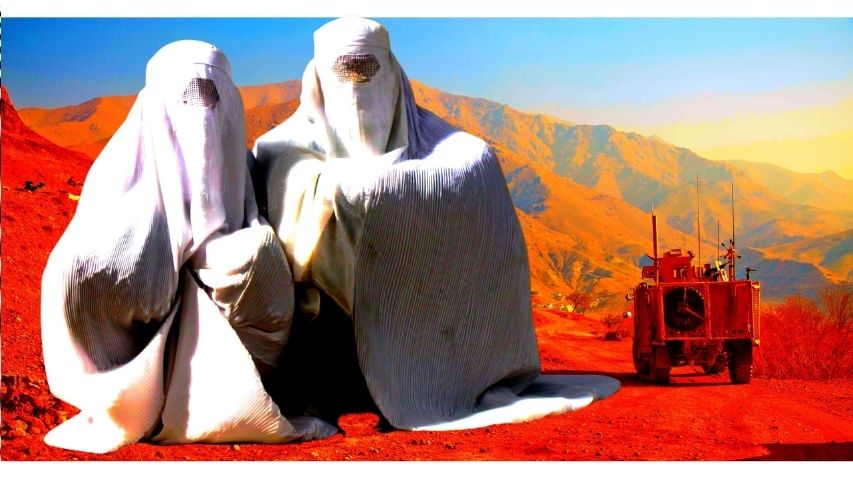 And the former Libyan  leader, Colonel Muammar Gaddafi’s son, Saif-El-Islam was specific when he spoke of “outside interests” behind the  anarchy in their region. In the autumn of 2001, I interviewed him for a national daily, when he visited New Delhi. During the course of that conversation, when I asked him to comment on the  ‘terror tags’ heaped by the western powers on his father and on his government - that they are funding terrorist groups/outfits - he told me, “It all depends on your perception. Many liberation leaders were viewed as being terrorists but later they became heroes. In the sense, when Nelson Mandela was in trouble we helped him out, when Mugabe was having problems, we helped him too, so does that mean we helped terror outfits! Mind you, both these men fought liberation wars and later emerged as heroes. In fact, in my own country’s war for liberation from the Italians, we had lost about three-quarters of our population, so realize the problems involved. It’s all a matter of perception and image.”

When I interviewed the well-known Arab academic, Clovis Maksoud, then Professor of International Relations and director of the Centre for Global South at the American University in Washington, and  before that he had also served as the Arab League ambassador to India from 1961-66 and later as the ambassador to the United Nations and the US, he focused on the fact that people of the Arab countries had realized that there were vested interests of “outsiders” to destroy their lands. 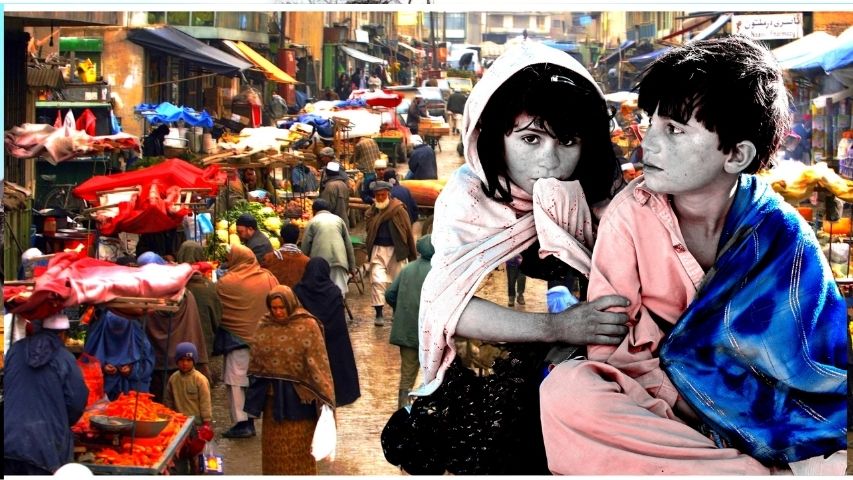 Clovis detailed why the Arab world was not taking on American intrusions, “There is a broad strategic dependence of the Arab States on the US, based on the false assumption that the US is the only power that can make Israel respond to the Palestinian issue. This dependence is flawed because Israel has flouted all international norms. In fact, Israel is the only country that has never declared its boundaries since 1967. It has not acknowledged the fact that it’s an occupying power and has given itself the license to expand its settlements. This has meant violating the U.N resolution of the 4th Geneva Convention that does not allow any occupying power to alter the boundaries of the country it occupies. At the same time the US has chosen to make Israel its principal ally and this has given Israel the license to defy the UN convention with impunity.”

Clovis was of the view that America’s ‘occupation’ of Iraq was a planned attack. “Yes, it was a planned attack. An attack planned much before 9/11. I would only say that September 11 only delayed it. Anyway, it’s been a disaster. In the aftermath of 9/11, Arab and Muslim communities were collectively held responsible for the act.”

And if one were to focus on Latin American countries, it’s best to know what the well-known Mexican writer and columnist, Juan Miguel De Mora, told me when he was visiting New Delhi in 2004. Hitting out at America, he began by quoting two former Mexican Presidents. He told me, “Mexican President, General Porfirio Diaz, had said many decades back (he was the president till 1910), ‘Poor Mexico, so far from God and so close to the US.’ Then another Mexican President, Adolfo Lopez Mateos, had said that the biggest problem faced by Mexico is ‘the  US.’” Together with that, Mora came up with his own comments, “But in my opinion, both the Mexican presidents were too diplomatic. President Bush’s democracy is like Stalin’s and I have been writing in my columns that Bush’s policies are a danger to humanity.” 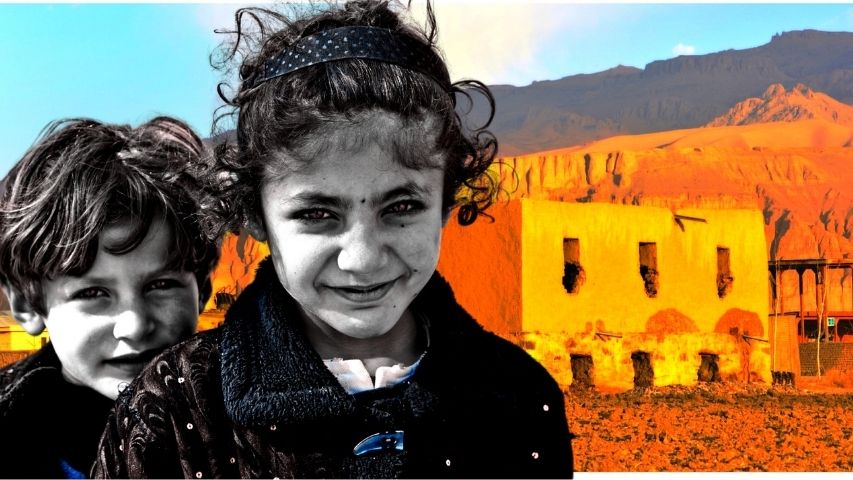 And Noam Chomsky has said, “In the Reagan years alone, the US sponsored state terrorists in Central America left hundreds of thousands of tortured and mutilated corpses, millions maimed and orphaned and four countries in ruin. In the same years, West-backed South African depredations killed 1.5 million people. I need not speak of West Asia or much else. All of this, however, is barred from the annals of terrorism by a simple devise: the term ‘terrorism’ like most terms of political discourse has two meanings, a literal one and a propagandist one. Needless to add, that the propagandist version is preferred - terrorism is terrorism that is directed against the USA, its friends and allies.” Noam Chomsky has also drawn parallels between US and the Nazis: “The Nazis, for example, bitterly condemned terrorism and conducted what they called ‘counter-terrorism’ against terrorist partisans. The USA agreed. It organized and conducted similar ‘counter-terrorism’ in the post-war years.”

Meanwhile one should also focus on the games being played by the political forces in our country. It’s important to discuss, too, the human tragedies taking place in the state of Uttar Pradesh, India.

Going by the cases reported, it wouldn’t be amiss to say that caste and communal killings and anarchy are taking us further into the dark ages. A naïve soul commented that she was still waiting for any one of the Union Ministers to rush to Uttar Pradesh and reach out to the traumatized children, women and men there. A haunting scene was that of a rickshaw-puller of Kanpur, thrashed by a group of Right-Wing goons after he was forced to chant Hindutva slogans. And the poor man’s daughter was clinging to him even whilst he was getting thrashed. Then the images of the rickshaw-puller’s family, sitting in deep sorrow as their tormentors were left off by the police the next day! What would one say to this? Hopelessness is spreading out everywhere, as never before.