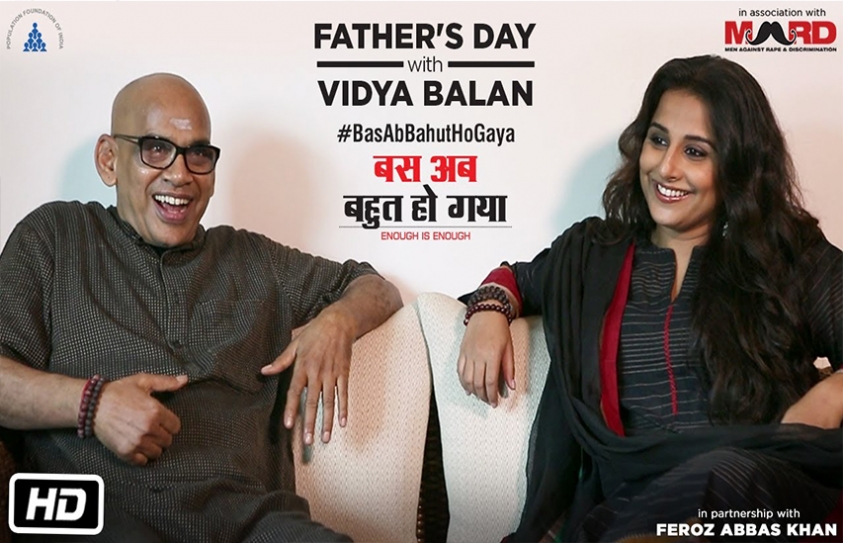 We all love Vidya Balan for a zillion reasons. But as they say a good horse comes from a great stable. The woman has shattered myths about the roles played by Bollywood heroines onscreen and channelises her star status for so many worthy initiatives. Of course, life was not a bed of roses for Vidya Balan but she fought before she came out trumps. Labelled as a jinx in the early stage of her career, Vidya struggled with a lot of issues before she made people sit up and how with her fabulous performance in The Dirty Picture. Back to back awards later, she is considered as one of the finest acting talents. In this Father’s Day video, Vidya’s father PR Balan talks about how he never differentiated between sons and daughters being raised by a single parent in life. He also talks about how he looked up to his grandmother. It is a very heart-warming video where he says his daughters, Vidya and Priya are like his two eyes. Vidya Balan says that her parents were also worried when she decided to step into acting but they never discouraged her. My parents never had preconceived notions says the talented lady.