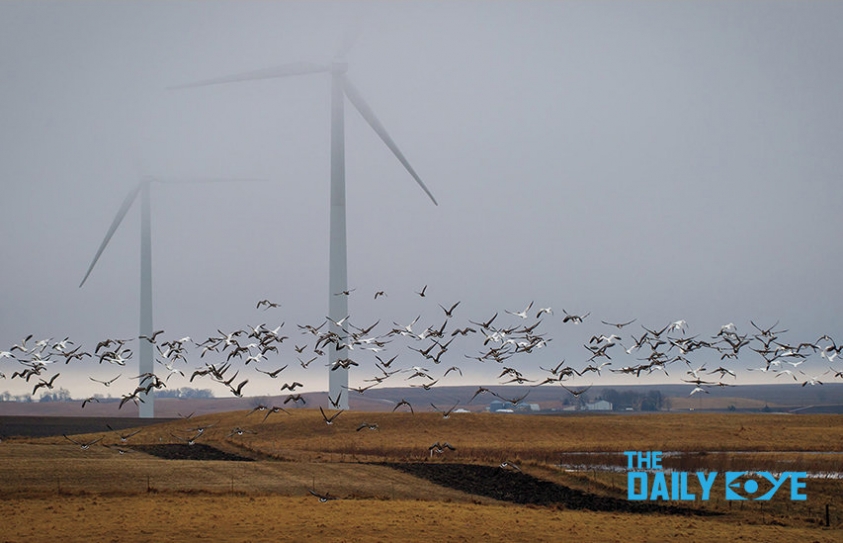 MoE rolls out Guidelines to save Flying Birds

Wind turbines and their associated infrastructure — notably power lines and towers — are among the fastest-growing threats to birds and bats. The American Bird Conservancy estimates that hundreds of thousands of birds and bats die every year when they accidentally collide with turbine blades. Fragile-bodied bats can even succumb to the pressures created when the giant turbine blades pass through the air, a phenomenon known as barotrauma.

Associated power lines and towers, which carry the electrical power generated by wind turbines into the grid, kill an additional 8 to 57 million birds every year through collisions and electrocutions. Furthermore, wind energy development can also contribute to habitat loss and road and other infrastructure construction, all of which can have significant impacts on birds.

Alarmed by threats, this issue was discussed in the meeting of the Forest Advisory Committee (FAC) of India’s Ministry of Environment, Forest and Climate Change (MoEFCC) on March 22, 2018, and a set of guidelines were formed. The FAC is the expert panel that considers proposals received by the MoEFCC seeking diversion of forest land for non-forest purposes like setting up of industries, mining and dams.

In the present case, the proposal considered by FAC was for the diversion of 52.66 hectares of forest land in Kuderu and Kondapalli reserve forests of Andhra Pradesh for setting up a 46.40 MW wind power project. The total cost of the proposed project is Rs. 3.48 billion (Rs. 348 crores). 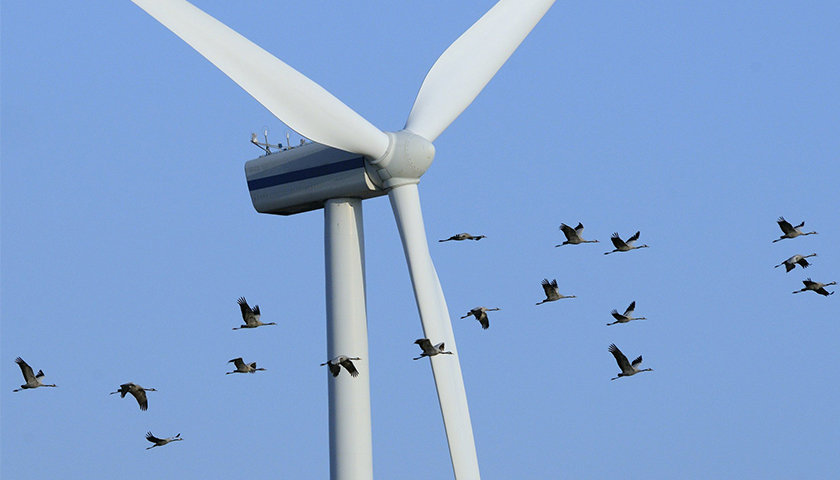 As per the minutes of the FAC’s meeting, a senior forest official stated that the “biggest threat comes from the high tension transmission lines with tall pylons (35 metres and above) being established by the transmission companies” and it is necessary that such companies are directed by the MoEFCC to “fix diverters on transmission cables as a standard practice to avoid the casualty of birds by collision and electrocution”.

The Committee also noted that wildlife research organization Bombay Natural History Society (BNHS) has reported that power lines are one of the major causes of unnatural deaths for birds in a large part of India and though exact numbers are unknown, annually, millions of birds are killed. They either collide with power lines or get electrocuted.

In 2011, around 400 flamingos were killed due to electrocution by high power transmission lines in Kutch, Gujarat. Following this, the Gujarat government took those power lines underground.

The FAC considered the concerns raised and recommended that directions may be issued by the “ministry (MoEFCC) to all wind energy generation companies and transmission grid companies to follow the standard mitigation measures whether the project involves forest land or not.”

It suggested the mandatory deployment of devices – so-called bird flight diverters – at regular intervals on conductors in order to make them more visible to birds in flight.

It also recommended that the “vane tips of the wind turbine shall be painted with the orange colour to avoid bird hits”.

This is not the first time that the suggestions have been given by FAC. Such suggestions have earlier too been given to companies having wind farms, but they have been rarely acted upon. This scenario will change and lead to actions once MoEFCC issues official guidelines and directs all wind energy generation companies and transmission grid companies to follow these standard mitigation measures to protect birds.