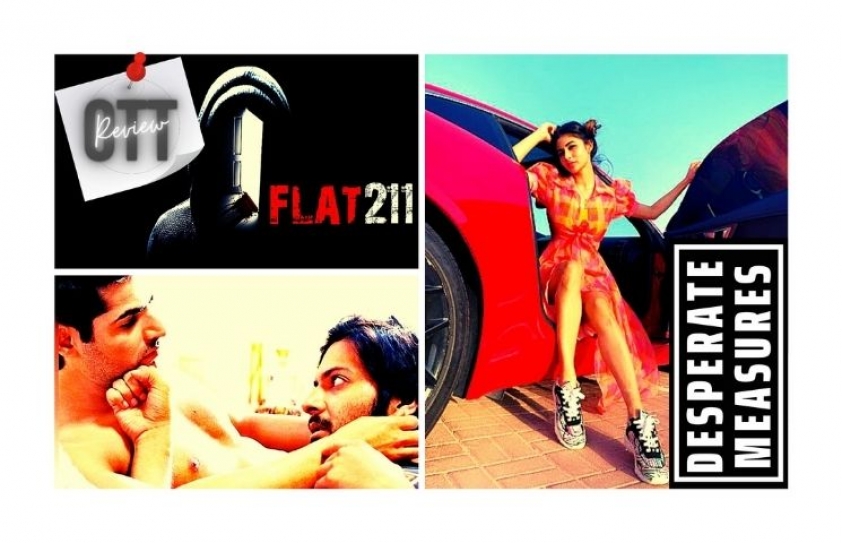 Yet another COVID-19 evening was creeping in so there I was striking a calm pose, wiggling my toes and resolving to watch decidedly different shows. So, how about a cool thriller dose?

Turned out to be a thoroughly idiotic idea. Because I streamed this deceptively intriguing sounding number titled… 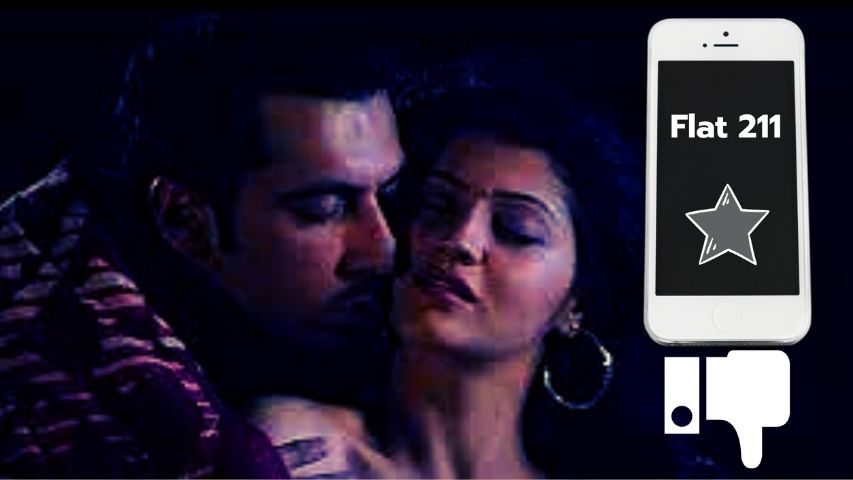 As a rule the sleaze-‘n-grease on Alt-Balaji and something called ULLU (with an owl’s eyes in the logo) are as strictly avoidable as strangers or even acquaintances on the road who don’t care to wear masks. Logic was Amazon Prime would at least maintain a semblance of quality control, wouldn’t it?

Shake, shudder and shiver, to my dismay, this stuff-`n’-nonsense, misdirected by Sunil Sanjan was the pits. It kicked off with a writhing cabaret in which a lady accompanied by bare-chested dudes sang out words so loud and indistinctly that the lyrics sounded like, “Main Hoon Chua Chua” (I Am A Rat, Rat). Really? Didn’t exactly resemble one but I’ll let that pass, since worse was to follow.

Cut to a terrace swimming pool where half a dozen bikini-flaunting women, blondes and brunettes from overseas, bump and grind to yet another classically weirdo lyric being warbled in the background. Goes it, “Aah Teri Hai Chocolatey Cake Jawani… Zara Taste Kara De O Meri Rani” (“Aah Your Youth Is So Chocolatey Cake… Give Me a Taste Of It You O Rani.) And its voice was discredited to one Ash King. Ping, moment to time out?

Could have but then still had to investigate what in the name of Beelzebub was happening in that Flat of 211 of the marble-floored Georgia Apartments, which could have been anywhere from Mumbai, Dubai or Hawaii. Couldn’t quite detect its location even by GPS. Hey anyway, there’s a gent in there who uses his bed to show off the naked back and tresses of his paramour, while he groans, moans and drones.

Arrives a new flatmate from Venus or Mars, who doesn’t mind the  faux sex sounds at all and watches TV. Since the plot is stuck in a rut, Mr V & M somehow lands up at a party (no drugs, noted) where his cellphone gets mixed up with a girl’s. Next: the girl rings up to inform that she’s in NOIDA, heh heh. He’ll have to wait for his cell in Georgia till she’s back in town. Such a clown.

To be polite, I won’t mention the names of the  amateurish acting crew. Phew.

Enough was enough. Ouch, I bolted from my couch to grouch. Conclusion: In Amazon’s content jungle, never look for this chocolate-cakey of a taste. Better to watch a blank screen instead. Honest. 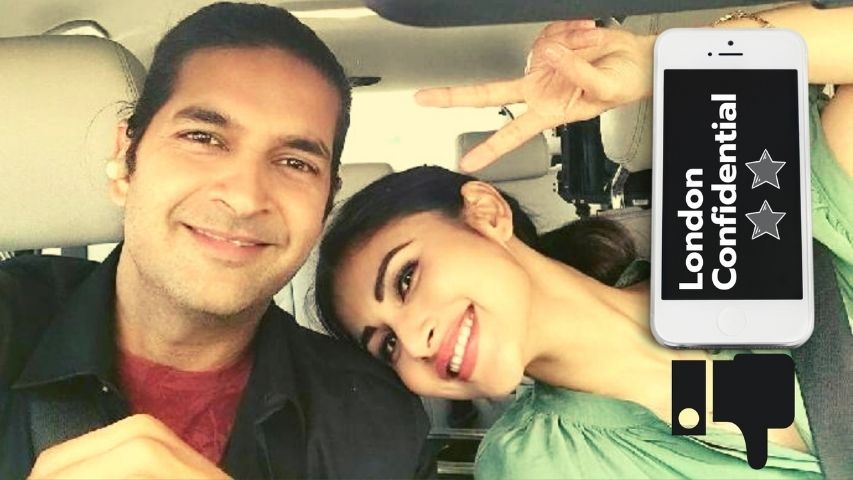 Tremble. An expressionless voice-over narrates that China is about to release a virus on India, which is deadlier than COVID-19. The Lord forbid. Oddly enough, this new mega-catastrophe can be prevented only by India’s undercover agents, one of whom uses a grocery store in London as a front.

Chip, chip, tally ho, so zoom over to Heathrow airport where you see some travellers wearing masks diligently. For the rest of the way though, there’s no sign of the virus. Presumably, this pandemic idea was an afterthought to be topical. Doesn’t help much, sach!

Instead you have a perfectly groomed, garbed and cosmeticised Mouni Roy making her digital debut as undercover-walli from RAW, Uma Kulkarni. By the way, she’s pregnant and keeps patting her baby bump - in case you don’t notice.

For her chief partner she’s accompanied by Arjun Manish Kumar (Purab Kohli sans facial fuzz for once). And so off they go, despite admonishments from their grumpy superior officers, to foil the Chinese chop suey. Joining them on London Bridge and other tourist spots, are a caboodle of characters, one of whom is suspected to be a mole. Sob.

Created by the ever-prolific crime novelist S. Husain Zaidi and directed by Kanwal Sethi, needless to emphasise our uber-glam Mouniji gets to carry out all the desperate measures. These she executes with robot-like efficiency. Yawn.

To be fair and square though, the photography by one Ewan Mulligan is of the highest order, compelling you to yearn for a re-visit to merry ole England some day. Can’t wait to re-gorge on the high tea – creamy scones and watercress sandwiches at the Dorchester. Sigh. 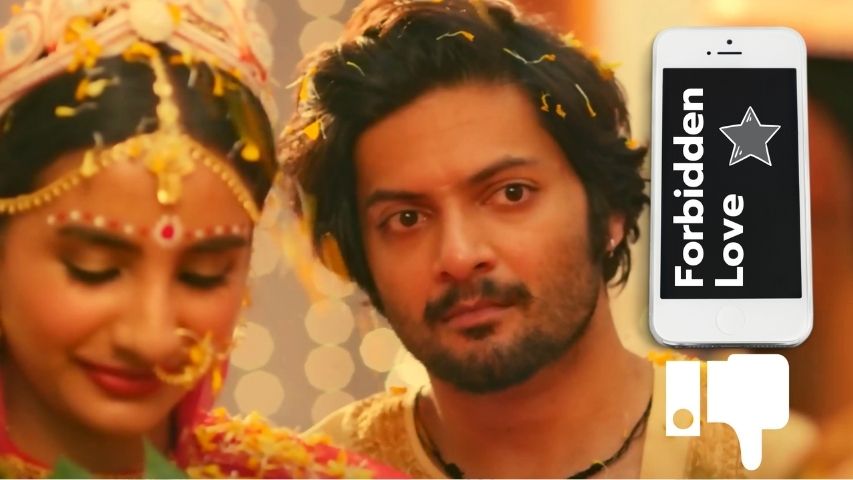 Here’s an anthology of short films by four directors on toba-toba relationships.

The first one, Arranged Marriage, directed by the Parineeta stalwart Pradeep Sarkar, showcases a pair of gay male lovers (Ali Fazal and Omkar Kapoor). They’re firmly ensconced in the closet till life has to take a Yoo-hoo turn. One of the young men gets married to the sister (Patralekha Paul) of his lover; the trio is now knee-deep in misery.

Now, a quack pyschiatrist (Dhritiman Chatterjee, the only convincing performance) who swears by antiquated methods like electric shocks to cure ‘the disease called homosexuality’. On dear, dear, fret and fear. One of the trio is doomed for tragedy and I won’t reveal which one. See it for yourself, if you must and decide if Sarkar saab is conveying an outmoded, regressive message here or not. The setting may be vaguely period. Yet, that doesn’t justify any old blarney.

Oddly, I couldn’t get into any of the other three shorts, by Priyadarshan, Mahesh Manjrekar and Aniruddha Roy Chowdhury. A red alert flashed that my subscription fee required more money to sample the rest of the forbidden fruit.

Thank you Zee5 guys but no thank you. There’s sufficient enough inflation swirling around us. Request: don’t add to it. Hoping for a favourable response.