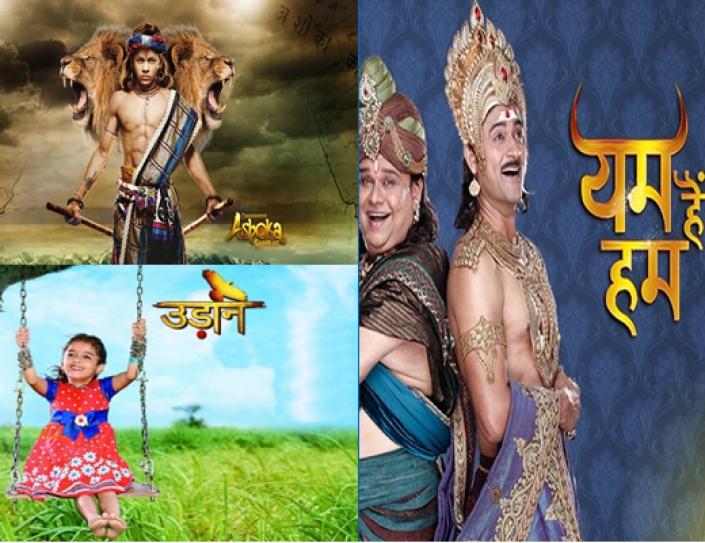 Udaan has taken a new flight. Kamalnarayan and Manoj locate a Chakor look alike ? Chunni in Delhi. They pay her a hefty amount to impersonate Chakor, and coach her in Chakor?s mannerisms, etc. Chunni, a petty thief in Delhi is lured by the money, but gives the brothers a rough time. While Chakor is still masquerading as Chokka. The plot will take a twist as Dadi holds a secret close to her heart and will soon reveal that Chakor had a twin who was saved from the pre-birth bondage. Soon the truth about the twins will emerge. Young Spandan is arguably a fine young actor for she has played three nuances to one character. Perhaps a first for a child actor. Udaan is indeed headed by a gifted creative team ? Gurudev Bhalla and his script writers ? Robin Bhatt and Javed Siddique. They never fail to pull out a few surprises out of their sleeves. So one has to thank them for keeping Udaan ticking. Currently, Sony is airing the Battle of Haldhi Ghatti in Maharana Pratap. It has to be commended for the distinctive aerial CSG of the Haldi Ghatti Chakravyuh. The series will soon be poised for a finish. Charvartin Ashoka has had a few revelations and Noor, one of Bindusara?s queens (Siamak?s mother) who has been away from Patliputra plotting to kill Bindusara and overthrow the entire Mauryan clan, but Ashoka?s quick witted action saves his mother from Noor as he kills Noor and Dastaan her ally is imprisoned. There?s talk of Ashoka being sent to Taxila. Historically, it?s as the governor of Taxila that the young Prince proved his might as ruler and warrior. Will Chanakya be killed by his detractors? Remains to be seen. Though historically, he died a natural death; but a dramatic license could be affected because of the actor is playing difficult. In the meanwhile, the actions in Ashoka are like a well paced whodunit. Chanakya and Ashoka are on a quest as for the person who was behind drugging Dharma. Charumitra is all the while covering her tracks. The penultimate episodes of Itna Karo Na Mujhe Pyaar were slotted in the evening, so it played out its closure nice and quiet. The other show which came to a quiet end was Life Ok?s Roshni. This very authentically recreated hospital drama exposed the many malpractices in high end multispecialty hospitals ? right from medical brokers, illegal organ harvesting, etc. Leela Hospital?s young team of medicos left nothing to chance. The forthcoming episodes of Yam Hai Hum on Sab TV have a clear message to save the planet and global warming. Now, Sony returns with the second season of Parvarish helmed again by Deeya and Tony Singh. This show looks at parenting, kids? growing years and the importance of tradition. Where the first one had two siblings, this one is two school friends who rediscover each other in Delhi. Also on Sony is the Mona Singh and Iqbal Khan starrer Pyaar ko Ho Jaane Do. Finally, Supriya Pathak returns to TV with Live Ok?s Jaane Kyaa Hoga Rama Re. So much new stuff to watch. In a way, some of the old shows have rightly cleared the deck for the fresh ones.