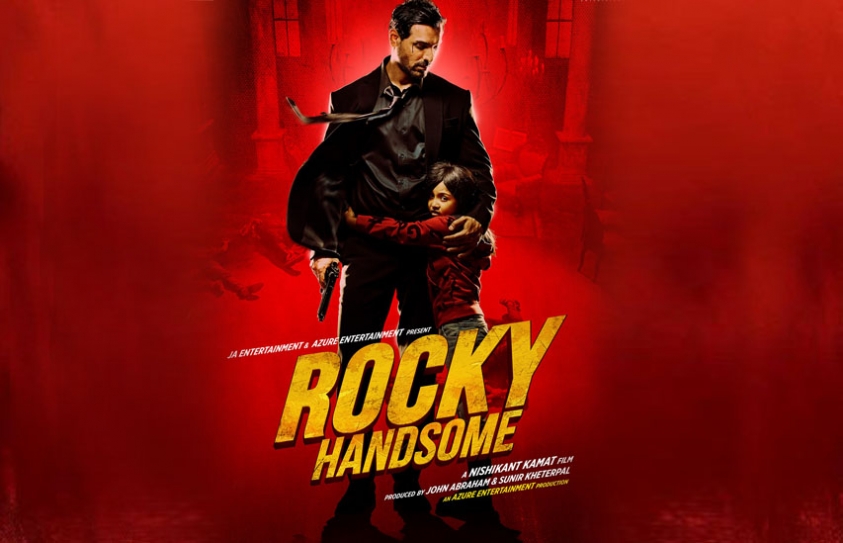 It is pouring rain at a fisherman's jetty in Goa. A hooded man feels up fish in the kind of slow deliberation that makes you feel he is looking for something inside. An irate fisherwoman has to tell him that the maal is fresh before he makes a move on. Said hooded man then walks down a street and stares at the flowers on display outside a florist's shop. 'Handsome', as he is called by his neighbour, a club dancer Anna (Nathalia Kaur) and her little daughter Naomi (Diya Chalwad), has a knack for stopping dead in his tracks (and others too) and staring into dead space. He also walks with a slow-motion swagger during momentous occasions before the beatdown of the villains begins.

Cut to a flashback that unravels during the film's opening credits. Handsome aka Kabir Ahlawat walks out into the rain to tell his wife Rukshida (Shruti Haasan) to come inside. "You'll catch a cold." This avuncular concern is abandoned in favour of the unneeded song (or, hell, even the flashback so soon) which features two chiselled bodies frolicking near water bodies. "Main gaana bhi gaaoongee," Rukshida says, almost in warning to the audience. The song, not the best of ideas, brings the brooding hero back to his current circumstances. He runs a pawnshop, frequented by Naomi and Anna. For Naomi, it is only a pretext to hang around her only friend.

There is a dining table scene where she shows him her pendant of the patron saints of orphans. Except for a tie-in to Kabir's Rukshida flashback, the abruptness of introducing that accessory made no sense. 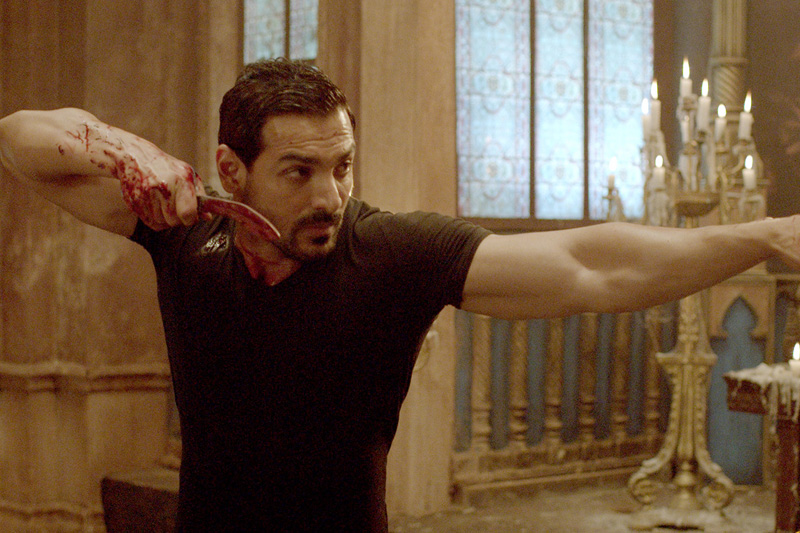 The senti times do not really last since it turns out Anna stole drugs from the mafia and they are going all out to extract their pound of flesh. You already know that if you have seen the original film, The Man From Nowhere. This desi version is peppered with flashbacks as Kabir sees Naomi kidnapped before his eyes and must protect her even as the guilt from his past looms over his head, before his eyes.

Rocky Handsome is slick and the action sequences stand-out from the other low intensity scenes. The problem with the film is that it tries to maintain the sober, Korean mood of the original while also trying to 'Bollywoodise' it with songs and various Sanjay Gupta-inspired Instagram filters. This leads to a lot of tonal shifts from the quiet bonding scenes between Kabir and Naomi (which could strike a chord if you have not seen the original film) to sudden, flashy numbers with Magic Mike oomph to it.

The motivations of the characters and certain twists in the tale seem disjointed because it seems written as a checklist of all the turns the story must include without taking the time to set the stage for the uninitiated audience. John Abraham's non-emotive persona does not help. Sure, he is a cold-blooded killer but there is an absence of an emotional range when he is not slicing and dicing his way through hordes of baddies. Likewise for Diya Chalwad, who has the cuteness for the part but not the acting chops just yet.

Rocky Handsome is a violent timepass flick with a narrative that is more complicated than complex. However, it serves up some good action in spurts, which raises the bar from the flying, brawling heroes of more masala flicks.