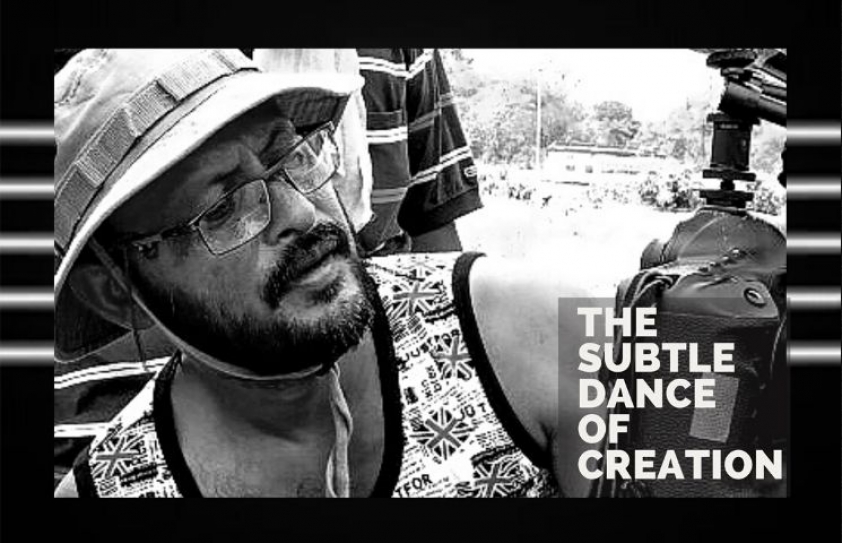 Prasantanu Mohapatra takes you along with him while reminiscing the making of this stunning short film in the lonely campus of Film and Television Institute of India (FTII), where he’s been living in these times of COVID-19, almost all alone?

By making a film one makes an inward journey, knowingly or unknowingly. And the journey is more revealing when you are amidst nature, in its truest form and crudest too - like in the time of this global Coronavirus pandemic - not leaving humans any place to escape, nor any route out.

When I set out to film this video on the dogs living inside FTII campus, the driving idea could be one terse line of advise by the Director, Shri Bhupendra Kainthola. But what underlies was vast, like Yashoda perceiving Biswarup inside the mouth of little Krishna - it was not just going to be about dogs in campus from my student time to now, not just about employing the experiences of filming gathered over my professional career and now as a teacher, it was all about expressing gratitude owed to life and nature.

All throughout, it was about cracking the elements of Biswarup, and to lift the camera and grab it.

My subjects are neither wild animals, nor pets - but are like actors having come for special cameo appearances. I had a theme, a structure in mind. But nothing of that sort would happen in front of the camera.

Thanks to the Lockdown, there was no human intervention, the usual human pampering to dictate their terms. My characters were in their own world, not leaving me any space for prediction that accrues from human experience.

After about a week, I realized, I better give into their whims and adopt a dynamic script on the go. (Here script means a thread of thought that you hang on to and don’t let go until the very end of the experience).

Slowly, I came to relate to my subjects as I watched our Security Officer Major Sanjay Jadhav's interaction with them, and of his team of guards who fed them, mostly while feeding Raja and its little siblings with their own hands. His love was totally unconditional, full of being in unison with these creatures of nature. Blissfully - the Corona scare was not in their consciousness. And as you step outside the gate of their safe haven – the air was menacing.

Slowly, I understood, the fierce truth that reasoning doesn't matter in nature, only randomness exists.

Slowly I understood - A Lockdown could be a fortunate thing.

Shortly, another sequel to this film is developing in my mind; in finding out what else can come along after this shower of compassion.