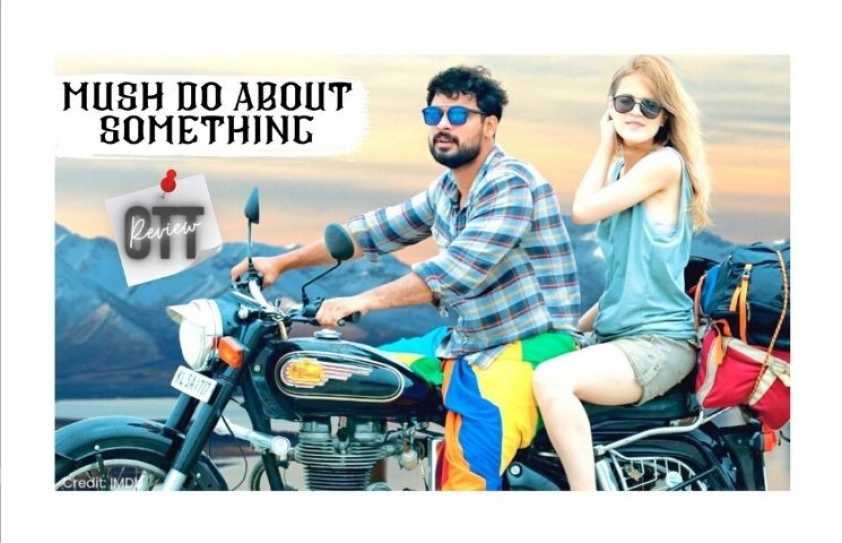 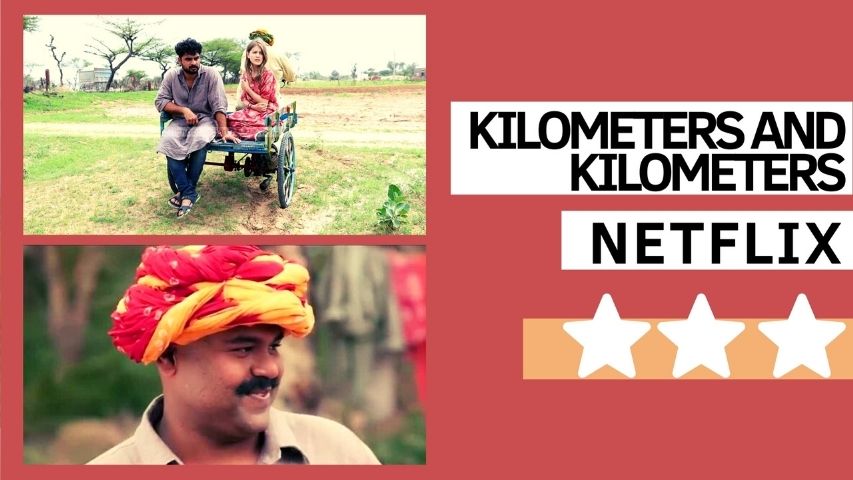 He’s a struggling repairman of motor bikes and she’s an American tourist who’s majorly rigid about her likes and dislikes. Yikes.

That’s the core premise of most road movies, no? - stretching back to The Raj Kapoor-Nargis romance Chori Chori (1956) and its Aamir Khan-Pooja Bhatt retread Dil Hai Ke Maanta Nahin (1991), the template being sourced from Hollywood’s Clark Gable-Claudette Colbert light-as-a-feather tickler It Happened One Night (1934). No big deal, such resonances to use a polite word, happen.

Only here it happens one afternoonish, soon after the Onam festival celebrations, which incidentally are depicted endearingly by the Malayalayee writer-director Jeo Baby - like climbing up an oiled, slippery banana tree plant. Also the locals of a small town are etched with their little quirks-‘n’-smirks, leaving you with the impression that a patina of realism is being attempted here. And if someone wants to open a bottle of beer, he just does a tat-tat with his teeth.

The focus is on Josemon (Tovino Thomas), a likeable fella, a fan of superstar Mammootty, who wants to be responsible towards his duties to his widowed mother, a sister, and his father’s legacy, a Bullet motorbike, which is deeply ingrained as some sort of priceless jewel in his psyche. As a repairman of  slicker bikes and more, for peanuts, that’s quite a chore. Tsk.

Out of the powder blue sky, appears a tetchy angel, Cathy (India Jarvis, New York-based actor), who hires him to drive her pillion through Kerala, Karnataka and then to Rajasthan, which means plenty of scenic locales en route are ensured. So far, okey-dokey. You do seriously wonder if you should keep watching these two uneasy riders, who’re obviously out to cook up mush ado about nothing. Help, yelp.

Made of sterner stuff (sometimes I wonder about that though), I hung on like a fly on the bike. And although the road bumps ahead were highly predictable kabhi-ding-kabhi-dong things, I’m glad that I did. Simply because it was so simplistic, sane and sorted. No hyper-exaggeration, no frantic antics, no deviations into vulgarity. Mercy be.

About the only major calamity, which transpires is the theft of the twosome’s belongings that means Cathy has no passport, no moolah to buy even a roti-bhaaji cooked on a choolah.

Fortuitously, they meet a funny guy (Sidharth Siva, terrific!) from Kerala, who’s a research scholar, but circumstances, however flimsy, have compelled him to masquerade as a Rajasthani. And since he finds wearing a turban cumbersome he’s even shaved himself bald. Giving Josemon and Cathy shelter and moral support,  he works out their problem with the ease of Merlin the Magician. Doesn’t even have to mumble Abracadabra.

Improvement alert ahead: there’s no point in informing you whether the frazzled Josemon and the hoity-toity Cathy find true love and all that jazzmatazz. Find out for yourself what eventually happens to the day-trippers. Suffice it to add, that since director Jeo Baby sticks to the meaning of his surname, he wraps the whimpers and simpers with a neat diaper of an ending. Not a wow nor a yuck movie, K and K turns out to be quite a relaxed journey. A pure stress-buster for sure.

Both Tovino Thomas and India Jarvis are understated throughout, actors who evidently understand that less is more. As for the A. R. Rahmanesque music score by Gopi Sundar, it’s cool on the earbuds. The cinematography by Sinu Sidharth is consistently luminous and the editing by Rahman Mohammad Ali and Prejish Prakash is knife sharp, abetted by the opening animation credit titles which swiftly summarise the back-story.

Technically zingy and fluidly narrated, you do hope its creator Jeo Baby speeds many more kilometers forward in the future. 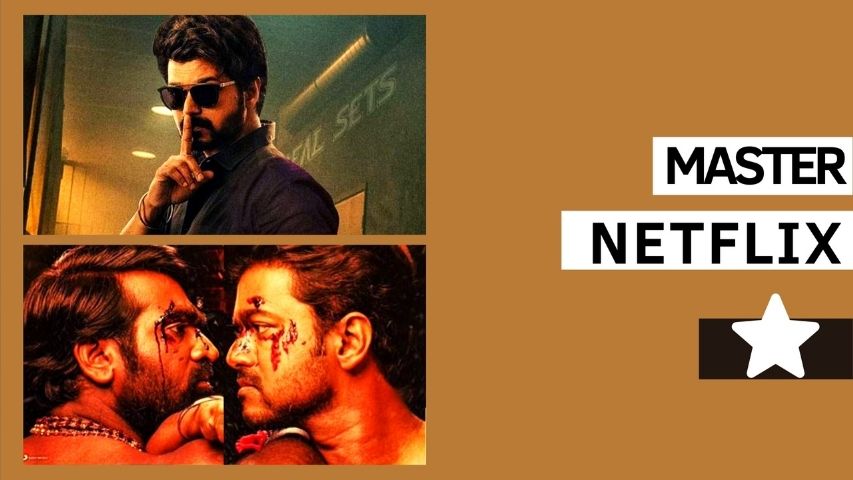 Ouch, you want to run far, far away from your couch. This Tamil blockbuster, which screened at cinema halls during the pandemic (and did well commercially, it seems) has now been plonked on N’Flix. Curious as an incorrigible cat to find out what makes a hit in these difficult times, there I was watching two Rascalas or two Rowdies, as the Vikings of Violence are called. Result: I emerged quite shattered-‘n’-battered red, blue, in all vibgyor colours actually. So much pain drain really.

Anyway writer-director Lokesh Kanagaraj informs you about a sordid juvenile remand home, where the zapped inmates are coerced to commit crimes as fluently as breaking into nursery rhymes.

Rowdy No. 1 (Sethupati Vijay, genuinely fearsome) is a holy terror who must be stopped before more innocent people are bopped. After all, the body count has been multiplying faster that rabbit. Ergo, a boozed-out college professor (Vijay), aka Rowdy No. 2 is recruited to restore some law and order. Perfect prescription to affirm that violence begets violence.

Holy Terror is mostly lensed in lurid red shades (signifying blood spilling) while the Kabir Singh-like boozy-woozy professor is shown in somehat softer colours. Waah, super idea no? Now, you don’t have to be Einstein to discover who wins in this volcanic clash of the two Skull-Jaw-and-Backbone Breakers.

Admittedly, the superstar of the show, Vijay has a dynamic screen presence. Moreover, he can brood, rude and shrewd with intensity. And dhinkachika, he can shake a leg so stylishly that he could give the Bollywood movers-‘n’-shakers a sprint for their money. Hence, if you’re in the mood to discover what makes the physically energetic Vijay click, check out Master. Others are advised to hop, skip and jump over this gorefest. And rest. 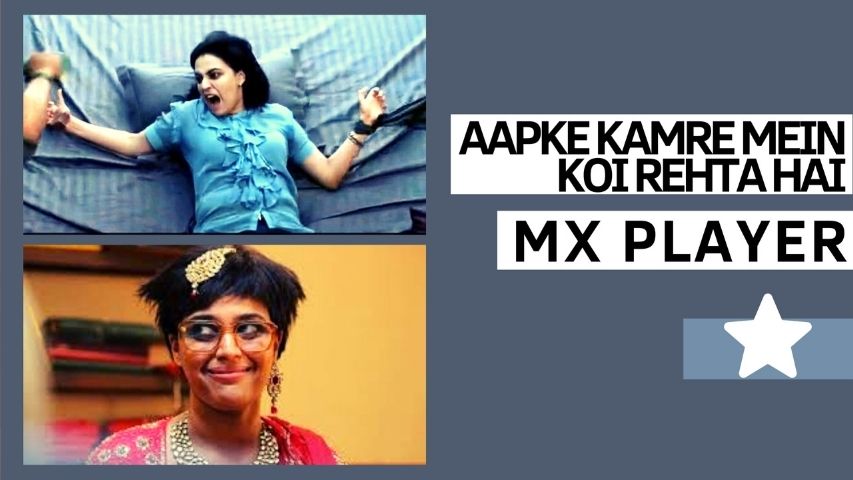 Now, ever so prudently, I had switched off this Aapke etc (title derived from the Yaadon ki Baarat song) asap. Wasn’t remotely drawn to this sort of The Bhoots Are Made For Yakkety-Yakking mini-series lasting approximately 20 minutes each.

It’s about presumably four, presumably office-workers doing the lord alone knows what but buying a 4 BHK apartment, and hosting the tackiest Diwali party in the whole wide world.

Of the quartet Amol Parashar is the most competent actor, but then sniffle sniffle, far too soon he’s dead as a hundred dodos, with some vanilla fluid dribbling out of his mouth: a sight that gave me the creepers-jeepers.

Aah yeah, there’s Swara Bhasker, too, who has popped into this party-varty, and is behaving as if she wants to scram from there pronto. Don’t blame her. Then what do you know? A website informed me that this was the most watched-series of the week. Eek why why?

Thus, the  dutiful plough through the rest of this ghost baloney, in which Swara Bhasker suddenly speaks in Amol Parashar’s voice. And that sepulchral voice leads to kitchen knives carving  through doors (a la The Shining).

Ms Bhasker, alternately acts like as a man and then a woman and then a man, you know what I mean. The motivation for this screw-loose farce is that, zounds, the apartment block was built on funeral grounds. Worse, there are these real-estate sharkaharis and a glower-glower cop who want to buy the property for loose change. Makes sense? NO.

Gaurav Sinha’s script and direction appear to have been executed during a thunderstorm.

As for Swara Bhasker, she is hopelessly miscast. When she wears a weird jhumka in her hair-do, you want to break into a thumka and weep out loud, bas kya et tu, Ms Bhasker?