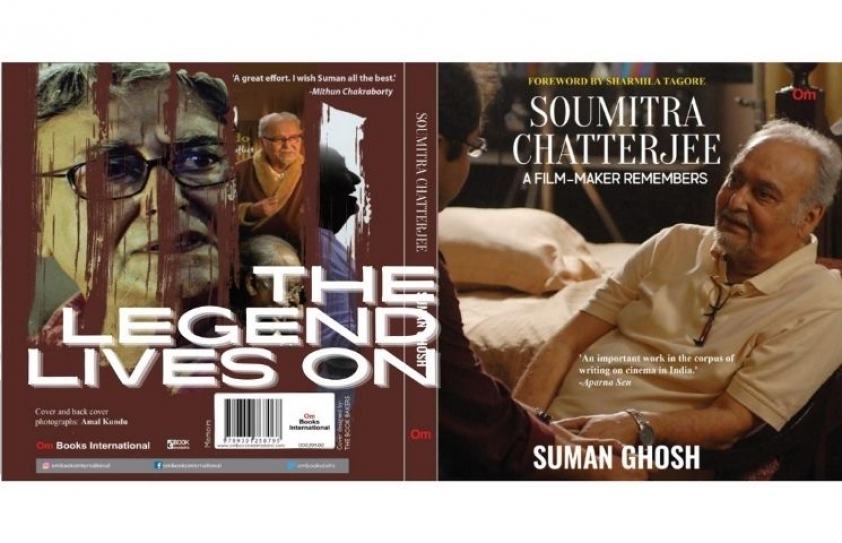 There are moments that you never forget - that you carry with you all your lives. Like, Tuesday, 13 October 1987 - I still remember the exact moment at a get-together with friends when my brother brought me the news that Kishore Kumar was no more. I always think of it as ‘the day the music died’. Or Wednesday, 31 October 1984. I was in the middle of a game of cricket in school when our PT instructor announced that Indira Gandhi had been assassinated.

Sunday, 15 November 2020 is one such day. I had finished working on a long piece on well-known make-up artist Somnath Kundu, which was to go live that day - I had intended it as a birthday gift to this wonderful artist. I was working on a feature on Soumitra Chatterjee’s films with filmmaker Suman Ghosh and was watching one of their films together, Dwando (2009). 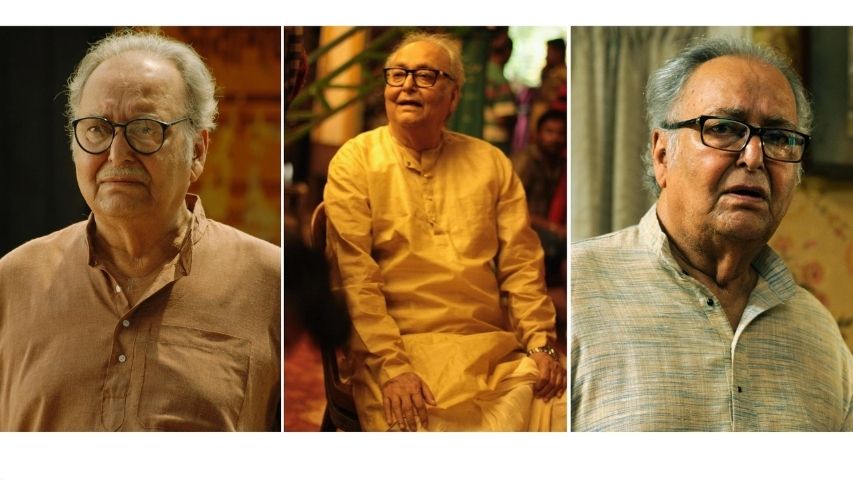 At 1.38 p.m., in response to my birthday message, came Somnath’s message, in all caps: ‘SOUMITRA BABU NO MORE, DADA.’ After a few numb moments trying to come to terms with the news, the legendary actor had been unwell for some time and afflicted with COVID, but had been recovering; my first thought went to Suman. Maybe because of the article I was working on and the film I was watching. I wrote to him: ‘He is no more. Was watching Dwando when I received the news. Felt deeply for you.’ An era had passed into history.

A year on, Suman Ghosh’s tribute to the filmmaker he calls his friend, philosopher and guide, ‘a father figure’, is getting ready to be published on 19 January 2022, the actor’s birth anniversary. To mark the first anniversary of his passing, Suman reveals the first look of the book, Soumitra Chatterjee: A Film-maker Remembers, published by Om Books, with a fantastic cover designed by The Book Bakers.

What makes the book special is the fact that in the course of an eight-hour-long interview with me for an oral history project, the actor had marked out Suman as among the best of the new crop of filmmakers in Bengal. In the course of an association that lasted over fifteen years and that evolved from the professional to the personal, Suman not only directed Soumitra Chatterjee in some of the finest films in the actor’s last phase, but was also privy to many other personal aspects of a person he regards as the last of the ‘Renaissance Men’ of Bengal – along with luminaries like Amartya Sen, Satyajit Ray and Aparna Sen. 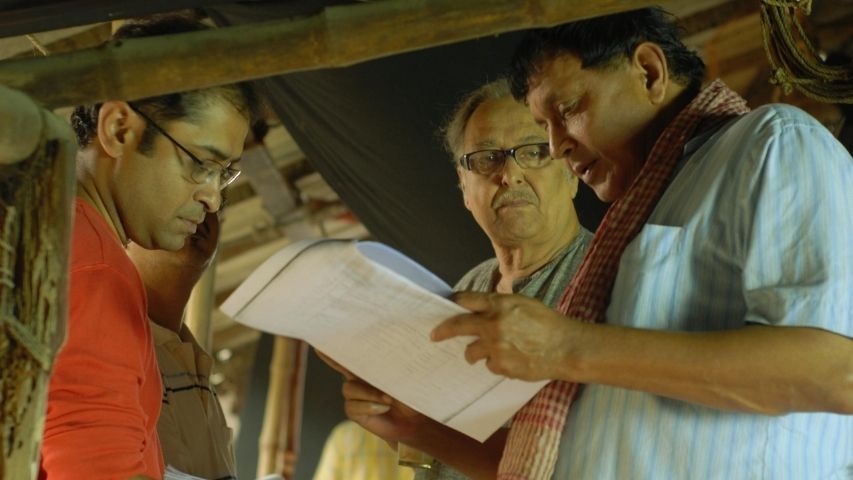 In an industry notorious for giving short shrift to actors deemed past their prime in terms of age, and marked by poor-quality writing that scarcely offers anything of merit to elderly actors (and this holds for Indian cinema in general, not just the Bengali film industry), Soumitra Chatterjee stood out with a series of remarkable performances in the last twenty years of his life. There is Dekha (Goutam Ghose, 2000).

As an observer on the sets, this was Suman’s first experience of the actor in person. Incredible as it may sound, Soumitra Chatterjee’s outstanding performance as a blind poet in this film was overlooked for the National Awards and Anil Kapoor given the Best Actor Award for the mediocre Pukar. Chatterjee was bestowed a Jury’s Special Mention, which he refused to accept. Atanu Ghosh’s Rupkatha Noy and Mayurakshi (2017), the latter casting him as an Alzheimer’s patient, Nandita Roy and Shiboprosad Mukherjee’s Belasheshe (2015), which almost single-handedly turned around the box-office fortunes of the Bengali film industry, Sujay Ghosh’s record-breaking short film Ahalya (2015) and Anik Dutta’s Borunbabur Bondhu (2020) are just a few of the actor’s great performances in this phase that stand testimony to the fact that he was just as hungry for good work sixty years after he made his debut in Apur Sansar (1959). 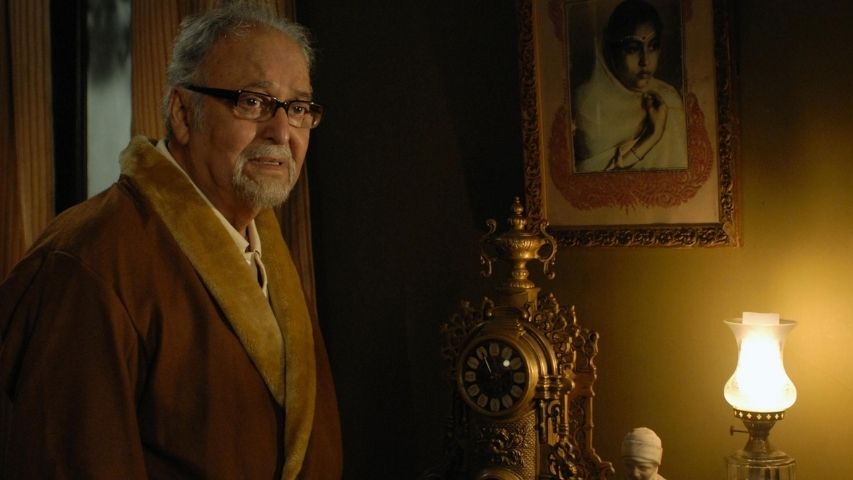 But no filmmaker in this phase managed to create a body of work with Soumitra Chatterjee comparable to that of Suman Ghosh. His five films with Chatterjee between the years 2006 and 2020 include Podokkhep (the film that fetched Soumitra Chatterjee’s first National Award as Best Actor), the satire/black comedy Peace Haven, and an adaptation of James Joyce’s ‘The Dead’, Basu Poribar. No wonder then that Suman has a fund of stories from their association that gives the reader a glimpse of both the veteran’s method as an actor and genius as a person.

Not many Indian filmmakers are known to pen their memoirs or talk in detail about their professional association with a star in the making of a film. That alone makes Soumitra Chatterjee: A Film-maker Remembers well worth the wait.

With a foreword by Sharmila Tagore and fulsome endorsements from the who’s who of the industry, including stalwarts like Aparna Sen, Mithun Chakraborty and Nandita Das; this is just the perfect tribute to one of the greatest luminaries of the Indian film industry.