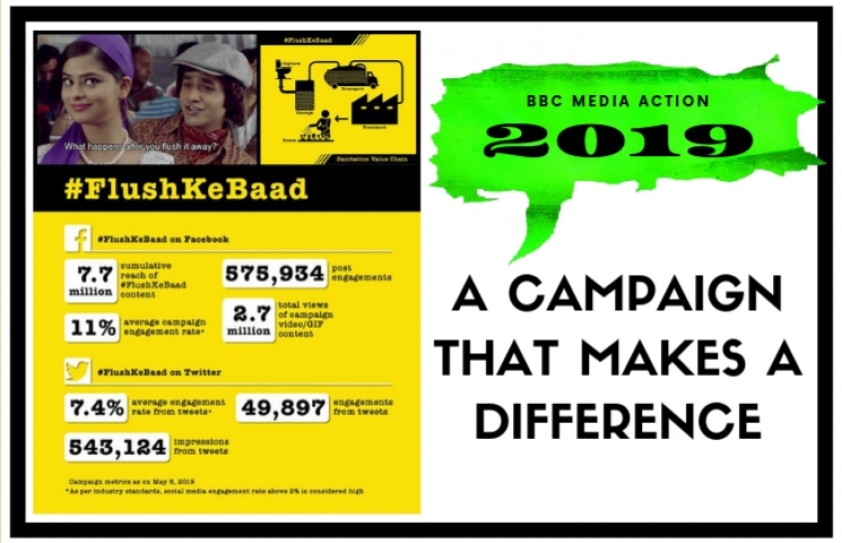 A campaign that makes a difference

If left untreated, shit will hit the fan and come right back to you!

Nearly 70 per cent of poop generated from urban India is untreated, and gets dumped indiscriminately in water bodies, empty spaces and agricultural lands (data from Central Pollution Control Board). Which in turn means, it doesn’t really go away, it can come right back to you! This piece of information may surprise or amuse you; it could make you uneasy or even angry. Whatever it is, it would definitely catch your attention. BBC Media Action India's #FlushKeBaad social media campaign uses this very insight, to generate awareness and encourage public discussion on issues related to fecal sludge management (FSM).

Strategy: At the heart of #FlushKeBaad campaign is a digital film. Using different musical genres, the digital film gives voice to both sides – those who are aware and want to spread the word, and those who are not, and even when told are skeptical. The film was supported by informative articles, static images, GIFs, videos etc. delivering a range of information on FSM; from risk of open discharge and sanitation value chain to the actions one can take.