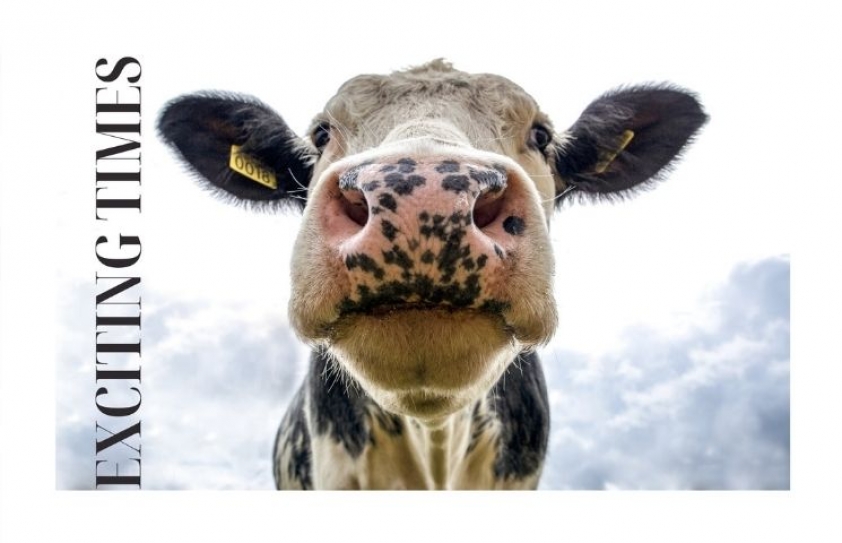 All the politics around them notwithstanding, the new Farm Bills could open up an entirely new domain of work for advertising and media. Sandeep Goyal explains how.

Many years ago, in the late 1980s, when I was an Account Executive at HTA Delhi, and servicing both Nestlé and HMM (Horlicks), one important assignment on my job list for both clients every year in February-March used to be the ‘Summer Milk Mobilization Program’. Both clients’ manufacturing plants those days were concentrated in Punjab - Moga and Nabha, respectively. And for both, milk was the base raw material. Weaning foods and baby foods needed perennial milk supplies at Nestlé; malted milk foods (Horlicks and Boost) needed continuous volumes of milk too, as the base-manufacturing ingredient at HMM (which became SmithKline Beecham in time, and then sold its brands to Hindustan Unilever). In the lean summer months, milk supplies would dry up considerably.

So, Nestlé and HMM needed to shore up milk supplies through special promotions to tie up milk from all those cow owners who used to otherwise sell to local gwaalas (milkmen), mithai shops and milk cooperatives like Verka, Vita and Saras.

On the face of it, a promotion to buy more milk sounds simple and uncomplicated. In reality, it was perhaps the most important and 'mission critical' piece of communication that we would create as an agency for both the clients - far more valuable than any commercials for brand support. Why? Because without desired quantities of milk, the plants would come to a screeching halt.

In creating the posters, pamphlets and freebies, we had to ensure we would not annoy the milk co-operatives, which were government-supported and were both vendors and competitors to Nestlé and HMM - kind of frenemies (that nomenclature did not exist in those days) whom we needed to work with, and sometimes against, to win over dairy farmers. The FAQs for farmers needed very astute handling and unambiguous writing.

Summer months were milk-short. That incentives given during these lean months should not become the norm (or a precedent for subsequent months) was the biggest fear of the procurement team. Hence, every word in the communication put out was examined, weighed, evaluated and debated for weeks by the supply-chain managers, with the brand team not having much to say or contribute.

Most of the creative were rendered in chaste Punjabi. And, they needed to have a good mix of logic and humor. An animated ‘dancing cow’ for Nestlé one year was a big hit; a sarpanch another year, for Horlicks, played the buzurg (elderly wise) in a campaign that we then took to outdoor vans, which were an emerging rural medium in those days for rural communication. The top brass of both companies closely watched these low-cost initiatives and failure to deliver was a non-option. 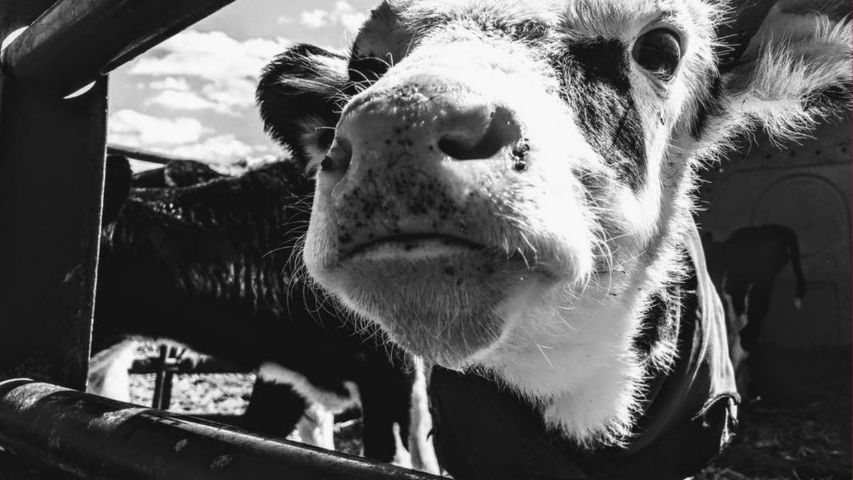 The new farm Bills, with all the politics notwithstanding, could open a new domain for the advertising and media ecosystem. I have no views on whether the Bills have a pro-business agenda, or an anti-farmer bias. That is not my expertise. I am just looking at a potential situation where, if and when the Bills become law and the markets are opened, what are the opportunities that the advertising business could look to connect with.

Each APMC, of which there are about 7,000-8,000 nationally, have licensed middlemen who buy from farmers - at prices set by auction - before selling to institutional buyers like retailers and big traders.

Under the proposed new system, farmers can (eliminate middlemen and) sell directly to institutional buyers at prices agreed between them. This throws up a host of possibilities for corporations planning to get into the agriculture business in the days to come.

In the many years that I worked as Airtel’s exclusive monetization partner for advertising apertures, one of our most potent rural offerings was the Green SIM card that Airtel had populated in rural/farming areas and in partnership with IFFCO. There were over half a million of them at one point. It was, and still is, a large readily addressable base of actual farmers that would be of interest to corporations wanting to join the new ecosystem.

A whole new agricultural digital ecosystem is waiting to be created. Also, many years ago when I was at Zee, we discussed an agriculture/rural television channel with Rabobank of Netherlands. But 20 years ago, the opportunity was just not viable. Today, just Punjab and Haryana’s mandis transact about Rs. 81,000 crore worth of rabi and kharif sales (wheat and rice crops, respectively). Markets in Uttar Pradesh, Madhya Pradesh, Rajasthan, Maharashtra, Andhra Pradesh and other states are equally attractive.

The Farmers (Empowerment and Protection) Agreement of Price Assurance and Farm Services is supposed to allow ‘contract farming’, or allow farmers to enter into agreements with agri-firms, exporters or large buyers to produce a crop for a pre-agreed price. This will necessitate corporate brand building by companies among farmer folk. And these companies are not the ones selling tractors or seeds or fertilizers. They will be entities like ITC, Pepsi, HUL, Britannia, which will want to create farm-to-fork value-chains portraying themselves as trusted and dependable partners to work with. Ad agencies have their tasks cut out. 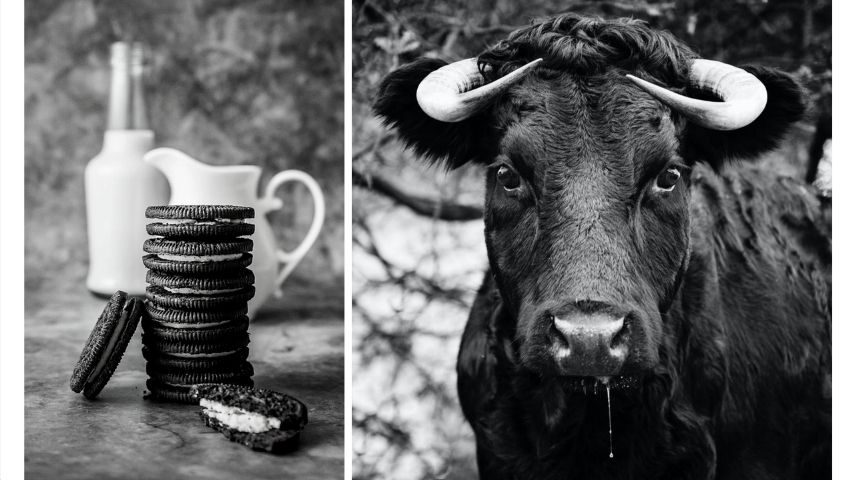 There is a lot of good work ahead in agri-tech that will get linked to market research and data analytics; there is going to be a lot of new digital stuff soon on price discovery, logistics, insurance, farm loans, best-practices dissemination, content creation, media apertures, loyalty management, localized public relations, interface with panchayats, zila parishads, mandi boards, bigger and better rural melas of the B2B kind, not the usual haats.

There are 6,100 ITC e-Choupals in operation in 35,000 villages in 10 states (Madhya Pradesh, Haryana, Uttarakhand, Uttar Pradesh, Rajasthan, Karnataka, Kerala, Maharashtra, Andhra Pradesh and Tamil Nadu) today, touching around 4 million farmers. I expect this number to grow exponentially in the months to come - and, for other companies to set up similar digital bridges to the agri-world. So, there is going to be tones of work for the advertising ecosystem to partner with clients.

The one big issue, going forward, is going to be trained manpower, and talent, capable of understanding the needs of this new B2B agriculture segment and empathizing with the end customer.

There are very few trained resources that understand this domain. The Institute of Rural Management (IRMA) Anand, was a pioneer in this space. No other B-school has even looked in this direction.

Leaders of the advertising business have not been very nimble in spotting and grabbing opportunities in the past. They somehow have waited for the ball to reach them, before starting to respond or react.

The farm Bills have opened up a vast canvas of 360-degree intervention points that have good revenue potential for ad agencies. Head honchos just need to be ready with offerings before management consultants grab the space.

I really, and earnestly, hope they do not miss this bus going to Moga, Khanna, Hissar and beyond.