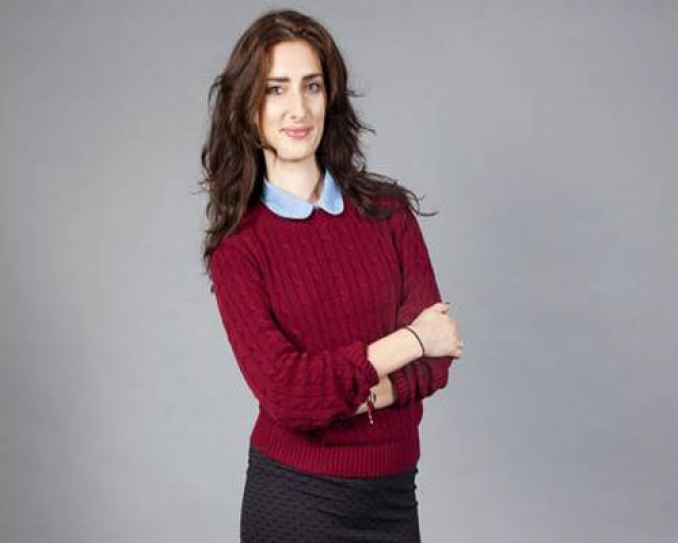 Julia Louis-Dreyfus’s heels may clatter down the corridors of power in the American sitcom Veep – now back for a second season – but her gender is not the prime theme. Although her Emmy-winning character, vice-president Selina Meyer, is clearly operating inside a male world, the show’s creator, Armando Iannucci, has placed a woman comfortably at the centre of a political story without making it the dominant issue.

Now women writers in television comedy are pulling off a similar trick. While they remain rare, female scriptwriters are being commissioned to write sitcoms on both sides of the Atlantic.

To create the new series of Veep, Iannucci has called on the services of one of Britain’s leading women comedy writers, Georgia Pritchett.

He wanted Pritchett, who has worked on Smack The Pony and Spitting Image, “because she’s a funny writer, not because I thought, ‘I must have a woman’,” Iannucci has said. But he admits that he has not come across many women writers in Britain: “It’s funny, when you go to America, there are many more female comedy writers, whereas here, it’s still … I think you’re right, it is very much a male world, comedy writing.”

The burgeoning careers of several young British comic writers suggest this is changing. The popularity of Miranda Hart’s BBC show has proved it is possible for a woman to create a mainstream hit sitcom. And in America the caustic and unflinching Lena Dunham, creator of the show Girls, has inspired British writer Jessica Knappett to create Drifters, a six-part series about three girls from Leeds from the producers of The Inbetweeners.

“With Girls, I thought it was such a relief to watch a sitcom where the characters seemed realistic,” said Knappett. The central characters in Drifters – Meg, played by Knappett, Bunny and Laura – are shown struggling to launch careers and establish relationships. Meg’s parents are played by Bob Mortimer and Arabella Weir.

Knappett, 29, who is from Bingley in Yorkshire, suspects she has found an easier path to TV because of those who have gone before her. “In some ways I feel a lot of the hard work has already been done by other women,” she said. “It was harder as a woman doing standup on the live circuit, but I can’t really complain because I have got my own show now.”

Knappett added that, although she knows women sitcom writers are a minority, the experience of sex imbalance in the writers’ room has not affected her because she tends to work at home. “I don’t know what the statistics are, but I worked on a sketch show with five women so my experiences there were that there weren’t enough men. We were always putting on women’s nights and women’s events. Working with women did bolster me, but I would really like women writers to get on with it. I am a feminist, but I want to do feminist things and not just say them.”

The writer admits that if she has ever been made to feel “exotic” it was because of her accent, not her gender. “I am so regional, I am told.”

Lisa McGee has also put together a new sitcom over the last year. Her show, London Irish, has a mixed cast of male and female stars, including Father Ted’s Ardal O’Hanlon, and is running on Channel 4. “It was always going to divide people. Some people love it and some people think it is offensive. But you can’t self-censor. It is not a gentle comedy and so maybe not what some would have expected a woman to write.”

McGee, 32, from Derry, lives in south London and feels she has become a comic writer “nearly by accident”.

“I have always written drama before now. The idea came first and because it was a comic idea it led to a sitcom.” In her drama days, most of her colleagues were women and, since she was inspired by performers such as Louis-Dreyfus and Ellen DeGeneres in America and Dawn French, Jennifer Saunders and Julia Davis in Britain, the idea that sex might be a bar did not occur to her. Knappett and McGee may not be the first women to write sitcoms, but they are the first generation not to feel in the vanguard.

One of those to have paved the way for them, alongside Pritchett, is the irrepressible Jane Bussmann, who is due to appear at the first One World media festival in London in early November. Bussmann, who has written for South Park, Smack the Pony and The Fast Show, will be performing her controversial show Bono & Geldof are C**ts, a sardonic look at foreign aid culture.

She has also spent the last couple of years writing what has been called “the rudest sitcom ever”. Distinguished Ladies is about a former showbiz journalist working on a newspaper supplement and is set to star Sally Phillips from Smack the Pony and Fonejacker’s Kayvan Novak.

Bussmann wrote it with African producer Naisola Grimwood and has said its style will be close to Absolutely Fabulous and The Young Ones – “really fast and loose with mad little inserts” – but the show is yet to be made.