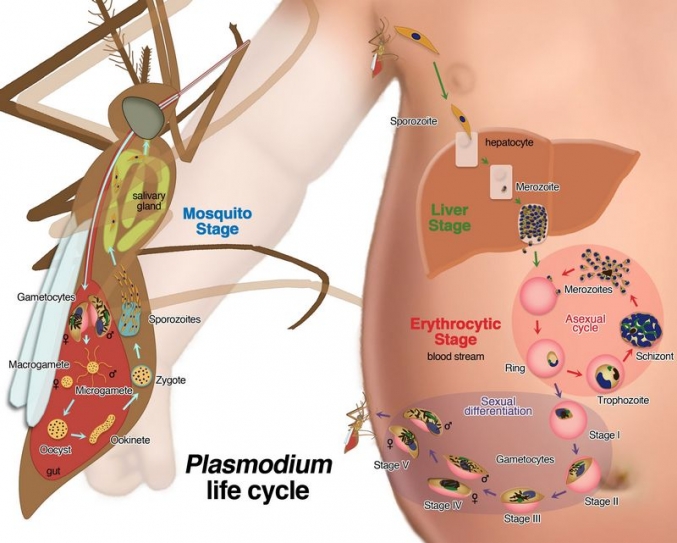 An international team of researchers led by the London School of Hygiene and Tropical Medicine, United Kingdom, has identified segments in the DNA of malaria-causing parasite that point to its region of origin. The researchers studied Plasmodium falciparum DNA and constructed a barcode of 23 DNA segments that can be used to monitor and contain the import of new malaria cases through international travel. The barcode could also help public health agencies prevent the spread of drug-resistant malaria from one region to another. Studying the DNA of 711 parasite samples from 14 countries across five regions—West Africa, East Africa, Oceania, South East Asia and South America—the researchers found greater differences between DNA of parasites originating from the five regions than those originating from countries of the same region. Instead of going for the obvious choice of DNA packed in the nucleus of a parasite, the researchers turned to DNA found in its cell organelles, mitochondrion and apicoplast. “Studies tend to focus on nuclear [DNA], which undergoes a lot of changes,” says Taane G Clark, researcher and lead author of the work. “But we focused on mitochondrial and apicoplast DNA.” DNA present in these organelles does not change much from one parasite generation to another, and is, therefore, more reliable in tracing the origins.