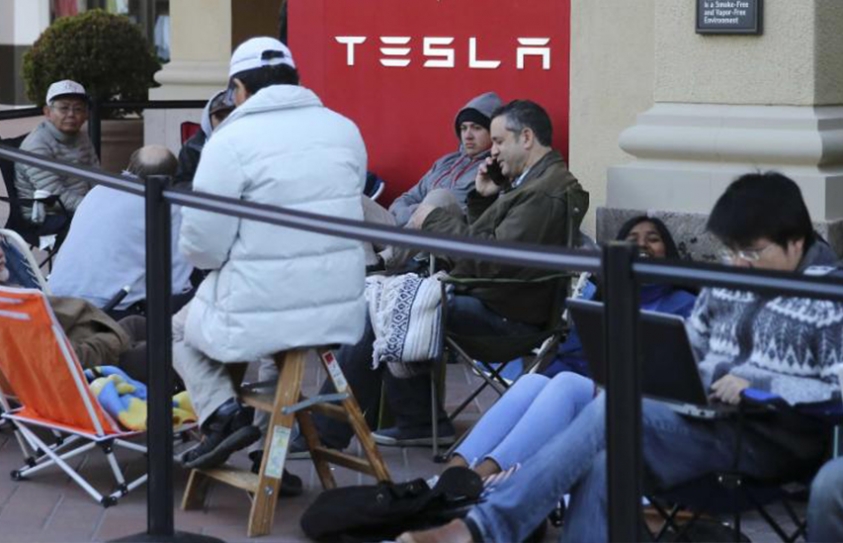 Tesla's Model 3 Is A 'No-Brainer' For Auto Enthusiasts

"The quality is there, and I know that same quality is going to translate into the Model 3," Cohen said.
Tesla founder Elon Musk rolled out the Model 3 to enormous hype last week. At a base price of $35,000, the snub-nosed sedan costs less than half as much as its predecessors, the Model S and the Model X SUV. Its promised range of at least 215 miles (344 km) doubles that of the popular Leaf, and it's comparable to the expected 200 miles for Chevy's upcoming electric-only Bolt and a next-generation Leaf expected in 2017.