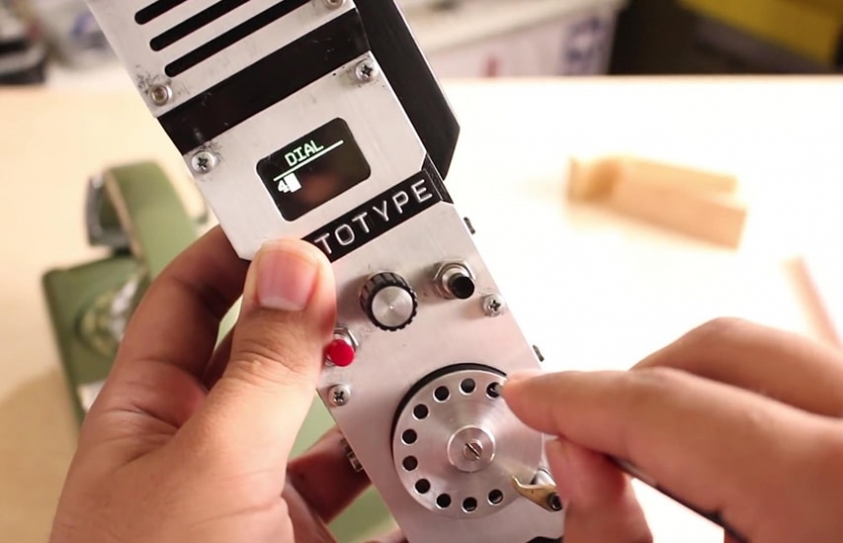 It wasn't all that long ago that huge swaths of critics were claiming Steve Jobs' keypad free cell phone would never take off, and I find myself wondering what they would have made of this steampunky contraption by a YouTuber calling himself Mr. Volt. It's a working cell phone, but it's controlled by an old rotary dial rather than the gridded keypad that's been the norm on tactile phones since the mid-'80s. It's even got a screen on it, but don't expect to play Angry Birds. The color OLED display itself can only command 96×64 pixels, and the whole contraption's powered by a weak Adafruit Feather Fona motherboard, which can send SMS text messages, support a SIM card and an FM radio, and store a single number in its contacts.