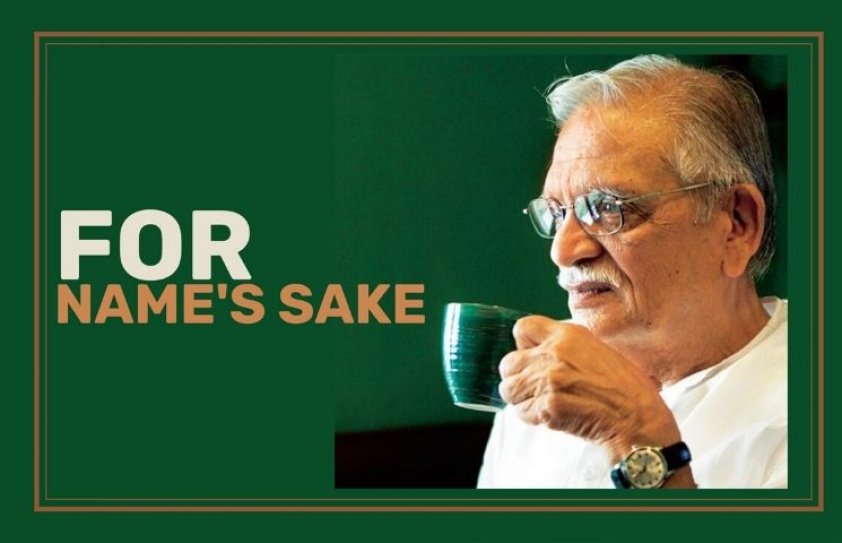 A rose by any other name would not have smelt the same. The same principle goes for the actors who would have not have achieved their stardom if their names didn’t align with notions of Bollywood.

Let’s begin with the Kumar’s, at the time when acting wasn’t considered the most ‘respectable’ of professions to put it mildly. Actors would drop their surnames like hot potatoes, just in case they embarrassed their conservative families.

Take the case of Mukandlal Ganguly who called himself Ashok Kumar, initiating a trend of sorts. Kumar was a catchy name for the audience to connect with. Next in the line was Abhas Kumar Ganguly, his younger brother who changed his name to Kishore Kumar.

Harihar Jariwala fondly called Hari Bhai became known on the marquee as Sanjeev Kumar. Hari Kishan Goswami became Manoj Kumar. In fact, ever since the ‘Tragedy King’ Yusuf Khan, had taken to calling himself Dilip Kumar – at the behest of Devika Rani, it’s conjectured -- the Kumar switch was here to stay. 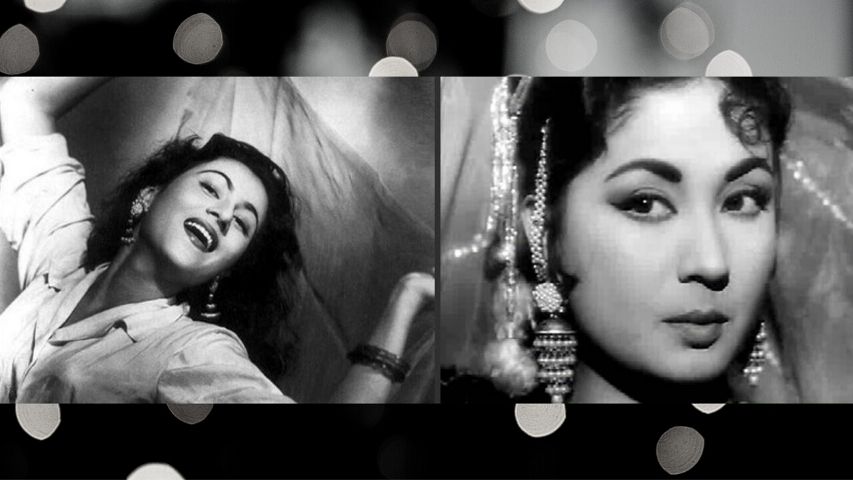 Next, during the early ‘90s, Rajiv Hari Om Bhatia made a splash as Akshay Kumar.

Directors, singers, lyricists and others also practiced the same. Thriller expert Deshraj Khosla became Raj Khosla, singer Mukesh Chand Mathur preferred to be just known as Mukesh, which went on to become his family name. Both his son Nitin Mukesh and his grandson Neil Nitin Mukesh, used it.

Lyricist Sukhwinder Singh Sekhon became Gulzar since most verse-smiths were partial to a pen name. Quite a few lyricists took a fancy to adding a Jaipuri, Ludhianvi, Sultanpuri to their names identifying  themselves along with their hometowns.

Also there was some confusion between two musicians who had identical names - Ravi Shankar Sharma. One of them dropped the Sharma and went on to become the globally revered Sitar Maestro. The other, a popular music director, was credited on screen simply as Ravi. 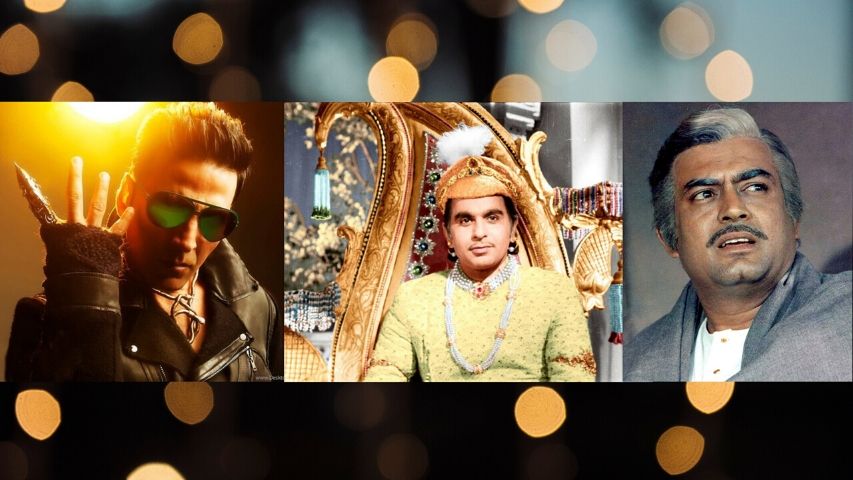 The widely adored poet Harivanshrai Shrivastava decided to call himself Bachchan. His son went on to dominate the industry as Amitabh Bachchan. Today, can any of us ever imagine him as Amitabh Shrivastava?

Zulfikar Ali Khan was the name anointed by his father while his mother called him Feroz Shah Mirza. Taking the best of both, the suave actor came to be called Feroz Khan. His brothers Abbas Khan became Sanjay Khan, Ahmed Khan became Sameer while the youngest of the brother Akbar Khan retained his original name. Keeping the same trend in mind Abdul Rashid Salim Salman Khan became Salman Khan the superstar son of the successful scriptwriter.

Quite curiously, yesteryear’s Musilm actors were assigned Hindu names for the screen. Mohammed Hamid called himself Ajit. The only Kumari, of Bollywood who previously also worked as a child artist in the name of Baby Meena later went on to become the famous Tragedy Queen, Meena Kumari. Her birth-name was Mehjabeen.

And Mumtaz Jehan Begum Dehlvi became a legend as Madhubala. On growing up, child actor Fatima became Nargis and after marrying Sunil Dutt’s, her name on official records was registered as Mrs Nirmala Dutt.

Comedian Badruddin Kazi settled for the unusual name of Johnny Walker, named after a brand of scotch.

Sunil Dutt too was originally Balraj Dutt, when he came to Bombay to become an actor. Since, there was already a Balraj Sahni, a successful star, he changed his name. This had a domino effect. Subsequently, wannabe comedian Sunil Kapoor re-christened himself as Shakti Kapoor and Gopal Bedi gained stardom as the dreaded villain Ranjeet.

The Nagrath brothers, Rakesh and Rajesh, probably thought of going with an easier surname and dropped it in favor of their music composer father’s first name Roshan, to become Rajesh and Rakesh Roshan.

The latter’s son continued the tradition by gaining fame as Hrithik Roshan. Or else he would have been Hrithik Nagrath! 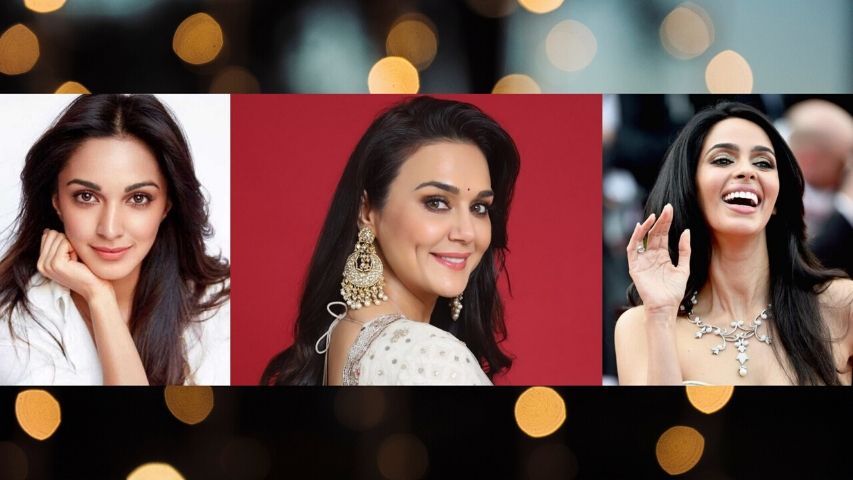 In fact, some actors changed their first names:  Jatin Khanna became Rajesh Khanna, Vishal Devgn became Ajay Devgn, Govind Ahuja went as Govinda. And did you know when Mithun Chakraborty was initially looking for a break; he used to call himself Rana Rez?

Women actors have also been name-conscious Moppet Suraj famous, as a child star became Sarika. Harneet Kaur as a child actor was called Baby Sonia and when she moved on to adult roles she became Neetu Singh.  Baby Pinky who was popular as a child artiste went on to become Yogeeta Bali.

Mrs. Indu Mukherjee was popularly known as Indu but when Tarun Mazumdar cast her in Ballika Bodhu, he gave her the screen name of Moushumi Chatterjee. Come to think of it, yesteryear’s charmer Kamini Kaushal was originally Uma Keshav.

Singer and comedienne Uma Devi was called Tun Tun, probably for a touch of levity. When Dev Anand gave a break to Mona Singha in the film Baazi, he changed her name to Kalpana Kartik and eventually married her. He retained Zeenat Aman’s original name but introduced Navruti Munim as Tina Munim.

The spunky Preity Zinta was originally Preetam Singh and was even addressed by that name by some of her co-stars. Baktawar Khan was renamed as Sonam while actress Mallika Sherawat who did a brief role in the Shah Rukh Khan starrer Yes Boss as Reema Lamba was relaunched as Mallika Sherawat in Khwaish. As for Karanjit Kaur, she’s better known as Sunny Leone.

Reportedly for Goonj Uthi Shehnai, producer-director Vijay Bhatt gave a break to a newcomer in a supporting role and called her Jai Jaiwanti. He dropped her though after a few days of shooting and she debuted in Nasir Hussain’s Dil Deke Dekho with her birth name Asha Parekh. Years later, Nasir Hussain renamed fresher Sunita Kulkarni as Kaajal Kiron.

Director Subhash Ghai was superstitious about naming heroines, and wanted that all his leading ladies should have names starting with the letter M. Hence Shashikala Seshadri became Meenakshi and Ritu Chaudhary became Mahima.

For three to four decades, numerologists have been consulted by most industry folk.  A famous numerologist gained popularity with the success of Ekta Kapoor (now called Ektaa with an additional ‘a’).

Even film titles add or subtract a letter of the alphabet to luck out. Just one example: Rohit Shetty’s Simba was spelled as Simmba with an extra ‘m’ and struck gold at the cash counters. At one time, the letter K starting a title was considered auspicious, particularly by Karan Johar who made his debut with Kuch Kuch Hota Hai. Not anymore, perhaps signaling the fact that there’s a new level of confidence among the present generation in the film industry. After all, at some point or the other, who is it that doesn’t ask oneself: What’s in a name?