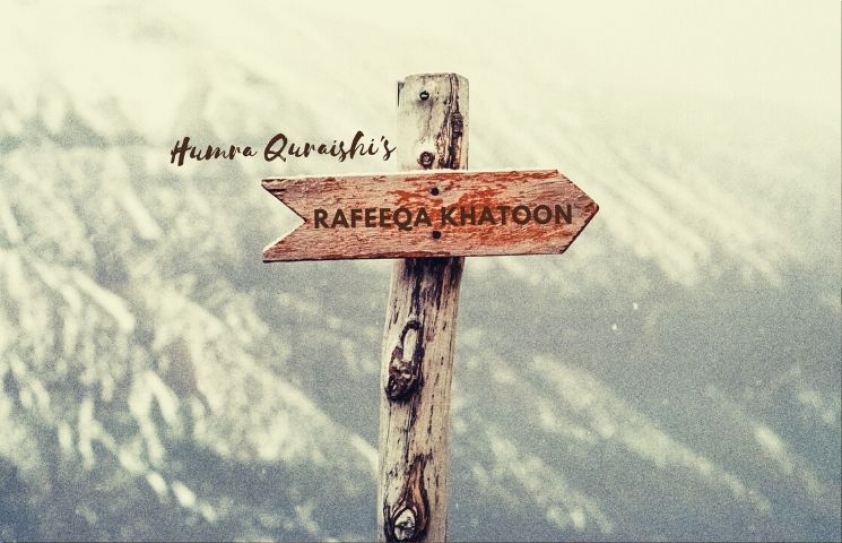 I had no choice but to walk on. But the weight of the apple stuffed bag was getting on my nerves, writes Humra Quraishi in her short story, Kashmir Valley’s Rafeeqa Khatoon

Flood fury in the Kashmir Valley hitting all possible structures, human and otherwise,  had hit me too as I saw  all those photographs splashed in  the national dailies… I was pained to see the lovely bungalow of academic Agha Ashraf Ali looking damaged. What, with its boundary wall lying broken, raging waters encircling the inner and outer stretch to his home, in those floods of 2014 – said to be the worst to have hit the Kashmir Valley in the last many decades.

The more I saw those photographs, nostalgia gripped, as I sat recalling the very first time when I had visited this bungalow, around the very start of the autumn of 2002. Ferrying across the Jhelum, reaching the Raj Bagh locality of Srinagar, walking well inside the gates of the Srinagar situated home of academic Agha Ashraf Ali, to be warmly greeted by him and his staff of one – a combination of a cook cum caretaker. And as Agha Ashraf Ali had and I walked along the garden stretch, apple laden trees caught attention. Within minutes several apples were plucked and he kept slicing them before serving them to me on a platter. 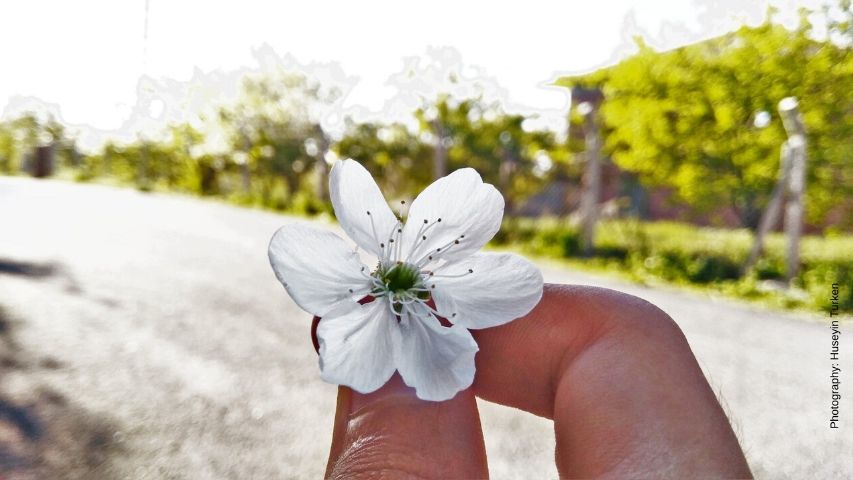 That afternoon he had spoken rather too emotionally of his dead poet son, Agha Shahid Ali and of his verse. And then he went on talking about his late wife, ‘We were very happy together. She and me. She was from your Uttar Pradesh but was happy here… adjusted very well, was very attached to this place… See the front gate, it still carries her name… see, up there her name!’

And as I was leaving he handed me a bagful of apples. I tried declining because it was late evening and  I wasn’t too  sure whether I’d be able get a shikara to  ferry me across to the other side of the Jhelum river. I wasn’t even too certain of finding an auto rickshaw, as that stretch around his bungalow seemed somewhat cut off from the usual hustle bustle of the city.  So I was mentally preparing myself for a very long walk to the hotel on the Boulevard where I was putting up.

What handy! I’d shrugged. Nah, I didn’t want to sound rude so rather too reluctantly decided to carry that polythene bag stuffed with apples. I thanked them and with that bag well-clutched in my hands walked on… And as expected not a single auto rickshaw to be spotted on the road and nor a single shikara to be seen on the river flowing along the side.

I had no choice but to walk on. But the weight of the apple stuffed bag was getting on my nerves. Quite literally.  Cursing myself for the sheer futility of carrying this load, when  all the fruit shops dotted in and around the Srinagar city were more than apple-laden, I decided to hand over those apples to any of the pedestrians coming my way.

Looking sideways, at the two men walking on the other side of the road. They didn’t look poor but not rich either. Within the next few seconds, I decided to offer these apples to them. Certain, they would be happy, I was in for a rude shock when the younger of the two not just declined to accept the fruit but had looked visibly upset as though I was wooing  him with the proverbial forbidden fruit! And the older man also declined to accept them but almost simultaneously pointed towards a woman standing under a  sprawling Chinar tree, telling me in broken Hindustani that perhaps she’s in need of food or fruit. Muttering more along the strain that he’s been seeing her standing right there for the last few days, he walked on, leaving me staring in that direction… 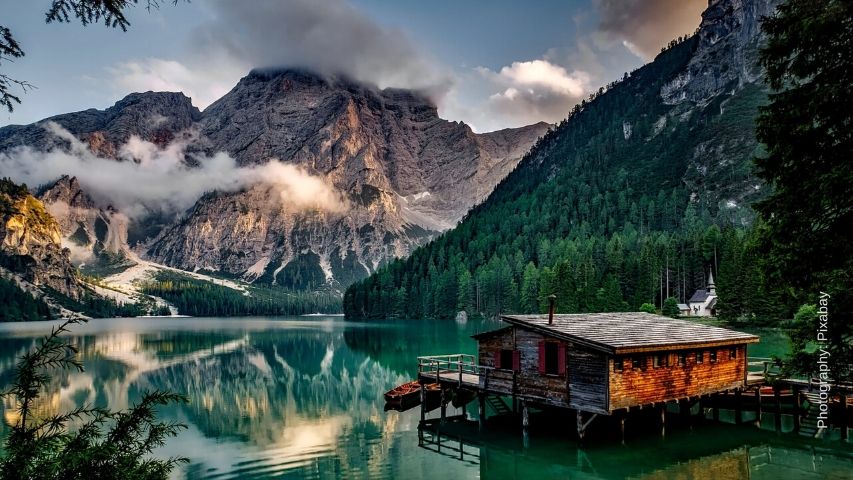 Yes, standing under a Chinar was a middleaged woman. As I neared she looked about tense and then more than tense, when I asked her if she would like to share these apples I was carrying. Perhaps, in a dilemma of sorts, to accept or decline! Then as I took out an apple and handed it to her, telling  her that it will be great if she would give me company as I hate to eat all by myself, she  not just feebly nodded but rather too reluctantly took it from my hand and before long those crunch-munch sounds took off. Accelerating by the second, as I decided to give her company; pulling out another apple from that bag!

A sudden downpour and when I suggested that we both move into a nearby  roadside café, she stood unmoving. Telling me that for the last several days she’d been standing at that place. Bursting out that she waits under that Chinar tree for her teenaged son. Repeatedly saying that  she  waits at the set spot; looking neither left and nor right, only straight ahead. Her gaze unmoving, just in case she could spot him.

She had looked determined. Still, she’d stood. No, she didn’t seem to realize the futility of that exercise but  had come out with a rationale of sorts, ‘He last seen here, next to this tree. Its from this exact spot he was picked up by the security creatures… dragged to this hukumat’s interrogation centre… Don’t know what must be happening to him…’

She  had continued  mumbling  even as I’d  thrown  those heartless  queries  at  her: was her son a terrorist, or was he an informer, or a potential  threat, carrier of some crucial  information?

‘No, no… what rubbish you saying… all rubbish! My son very simple.  Going to college and back… he too simple. Not saying this because he’s my son! Ask any one… he only busy with his studies.’

‘And your husband… his name?’

‘I’m no longer anyone’s wife! Can take care of myself… everyone knows me here as Rafeeqa. That’s me… that’s all to me!’

‘Raised him all by myself, whatever best I could do.’

‘Your son’s name… what you call him?’

‘Akbar… In school I’d read a lot on that Mughal badshah, so named my son Akbar the Great… he’s great for me… my son!’

‘You staying somewhere close by or …’

‘See that donga… that small boat parked on this side of the river… live in there, with my sister.’

‘You all living in that small boat!’

‘Born inside it… my son also born inside it. Our this river taking care of all of us…  we grow so many vegetables on these banks.’

‘Let my son come back alive from that hell, and I ’ll take you to our little boat… show the patch around it, where we’ve kept so many hens and ducks and grow so many vegetables… many flowers growing too…. Our boat  made many years back by my father’s father.  One by one all of them gone... dead. Now only sister and I and my son left alive.’

‘Your sister also living in there, in that boat?’

‘Yes, yes… she comes here every day asking me to get back to the donga… you know, all going okay for us  till my son picked up… my world crashed, all shattered… wouldn’t return to that donga till I see my son!’

‘But that may take days or…’

‘Nothing more important for me than my son… Nothing else in my life. What else is there to live for!’

‘But your other relatives… your husband’s or…’

‘Telling you, my marriage was bad… so bad! Left me so sad that I left it… my  father and mother and sister taking care of my son and I. Father and mother died only last year… now only the three of us.’

She and I spoke on till late and as I was leaving I handed the apples to her. Its with great pleading that she accepted them but not before making sure  that I carry at least two of them in my handbag.

That night the two apples  did come in handy as by the time I reached the hotel, dinner time was over and I sat much too hungry, slicing the two apples before eating them all too hurriedly. In between, quietly thanking the apple givers!

In the Kashmir Valley I’d met many mothers wailing, together with  waiting  for their missing sons but with Rafeeqa I had developed certain rapport. I had tried to keep in touch with her, though she wouldn’t speak much. More so, after she’d fallen ill, after standing at the same spot for days at a stretch. Though her younger sister, Mehmooda, had somehow managed to take her back to their donga abode, but she hadn’t ever given up the hope of seeing her son, alive or dead. I recall  rather too vividly  the last time I’d  met her she had looked very restless, telling me that she’d started searching for  him all over the city and even beyond, ‘Have got to see him… even if they  have killed him let me at least see his dead body… let me at least  bury  him in our family grave yard.’ 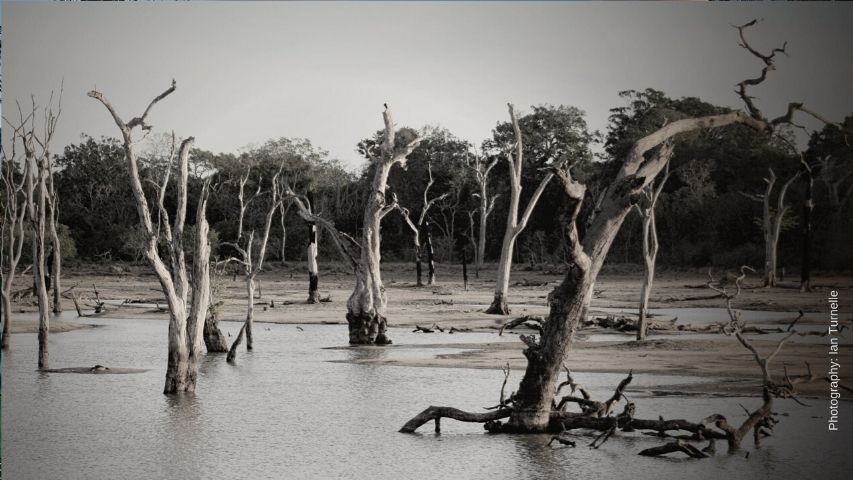 And now, with news reports and photographs focusing on the flood fury hitting the Kashmir Valley, I wanted to get in touch with her, but then realized the futility of it all. After all, all possible communication lines lay snapped. What, with the raging flood waters snapping connecting modes, even the hazy hope of that remote chance of trying to establish contact with her seemed over and done with.

I tried consoling myself that with the raging floods, Rafeeqa would be sitting well-tucked indoors, inside her donga or else in some relief camp. She would be far away from all those outer roads and inner lanes, where she’s been walking around for the last twelve years, in that search.

In between consoling myself, heaping hopeful thoughts that once the waters get tamed, the situation would rather too automatically get better, especially on the connectivity factor. And with that in the backdrop or foreground, after about a  fortnight or so, I tried  getting through to her  but there was none at the other end… After few days of that, I was  more than surprised to hear a shrill voice at the other end.

‘She washed away… the waters taking her away.’

‘Didn’t listen to me… she went out, walking out… tried to take on the waters but washed away… gone… forever!’

‘What! Could you manage to bury her?’

‘No one’s been able to trace her body… washed away!’

‘Any news of her son Akbar?’

‘We all knew he’d been deadened but only she refused to believe that… all these twelve years she’s been on that search for him… now she’s also gone… fury of these waters no match for her… too much for her!’

‘Nothing left! Only I’m left… not drowned!’

‘Your boat… er, your donga still there or drowned in these floods?’

As the line got disconnected.