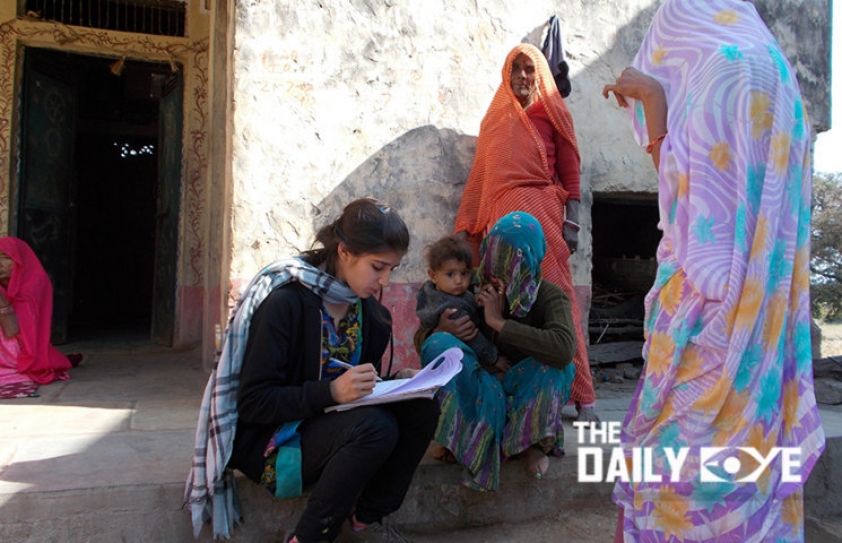 The AAP government in Delhi launched the doorstep delivery of 40 public services for the people living in the national capital, calling it a "historic step" and "revolutionary change". Launching the scheme at the Delhi Secretariat, chief minister Arvind Kejriwal said people will now not have to waste their time standing in queues at government offices, reports First Post.

"This is the end of an era in governance and beginning of another. Now, people will not have to stand in long queues. The government will come to your door to serve you and by doing this, the government will serve the public in a true sense," Kejriwal said.

"This is a revolutionary change. Now people will not have to waste their time and money for multiple trips to the government offices. They just need to call on 1076 and request for the service they want. The fee is set deliberately low, at 50 rupees, and the service is available from 9 am to 9 pm, seven days a week.

"The work will be done easily, fast and without any touts," he added.

Forty services including applications for driving licenses, marriage certificates, pensions, and water connections are now being delivered to people’s doorsteps. A battalion of young male and female foot soldiers (mobile sahayaks) armed with tablets and cameras carry out the appointments, whizzing around the city on scooters. A private company, VFS Global, which handles visa and passport services, has been hired to run the project.

According to First Post, speaking at the event, Minister of Administrative Reforms Kailash Gehlot said in the coming months the government is aiming to extend the scheme to 100 services. 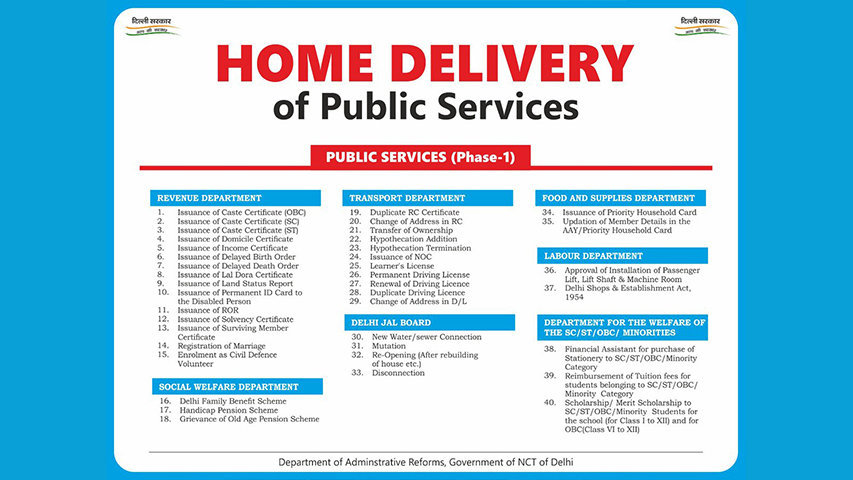 "I want to increase the scheme to all the public services provided by Delhi government," Kejriwal added. "This is first time anywhere in the country or the world that government will go to people's door to serve them," Kejriwal said. Talking about the hurdles faced by the government, he added that the "BJP, LG and the Central government tried stopping this scheme.

"The scheme was possible because of two reasons. First, it was our thinking to make the life of a common man easy and second, our clear intention. There will be issues in the scheme, but we will work hard to resolve them and will serve as a model before the world," he added. Kejriwal also said that he wanted to deliver rations to the doorstep of the people.

"There are various issues in the ration delivery scheme. I hope we will be able to overcome all hurdles and soon home delivery of ration will also become a reality," Kejriwal said.

For most of the people, visiting a government office is synonymous with torture. It often entails waiting for hours and reaching the counter only to find the official has gone to lunch or left for the day. But when Suresh Oberoi, an employee at a MNC, applied for a duplicate driving licence sitting in his Greater Kailash home this week. The experience, he said, “was a dream”.

Oberoi is one of those who fears the low fee will make the operation unsustainable. “They should charge more so that they can sustain it long term. It’s too good to endanger. It’s a great revolution in our lives and must be protected,” he said.

Source: Service at your door-step (Phys.org)