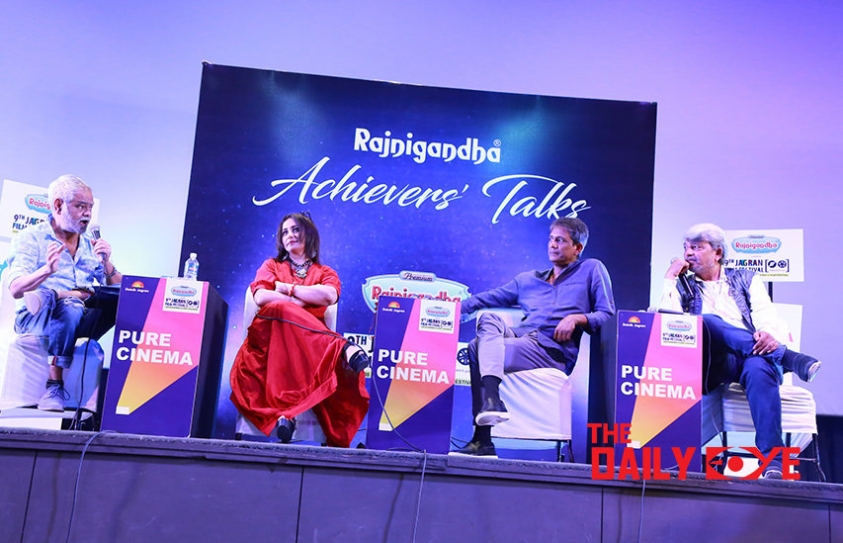 The 9th Jagran Film Festival created a strong impact on the minds of its audience, who were there to witness something new and fresh in the world of cinema. Day 5, the last day of the film festival in the capital city, was celebrated, appreciated and applauded by the huge audience in attendance. They warmly embraced the versatility, culture and the big variety of cinema from across the world. JFF is a one-of-its-kind event where people get to enjoy the great diversity of Indian and also, cinema from the world.

Marking the last day of the festival with their esteemed presence were Divya Dutta, Adil Hussain and Sanjay Mishra. The audience received them with warmth and appreciation as they heard more about their favourite stars in both reel and real life. Among other celebrities were Director Dinesh Yadav and Miransha Naik. Earlier, it was Tabu followed by Saurabh Shukla who engaged with the audience on the JFF stage at the beginning of the festival. This particular initiative at the event premise was well-appreciated by the audience as they learnt more on the cinema from the actors themselves. 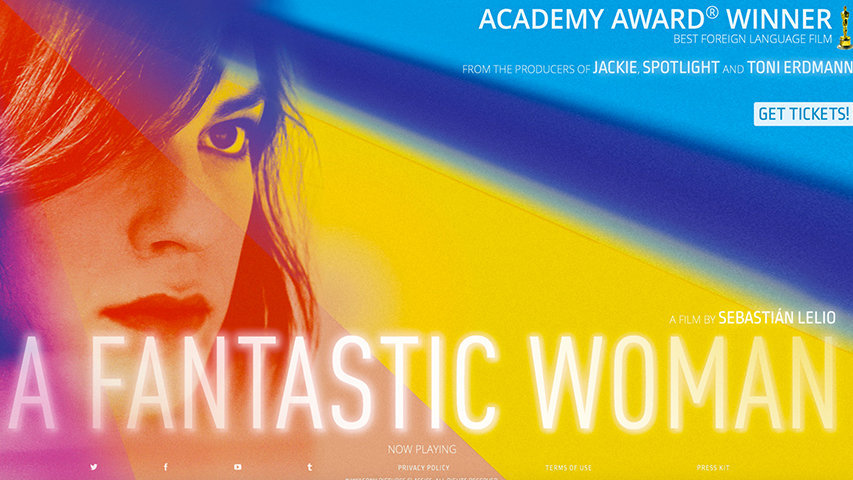 Prior to the closing ceremony, the Festival concluded with Sebastiana Lelio’s A Fantastic Woman. The film is a Chilean drama, the satire has actress Daniela Vega who plays the role of a transgender woman working as a waitress and moonlights as a nightclub singer, and is bowled over by the death of her boyfriend and is accused for the same. The film shows the story of her battling the same forces that she has spent a lifetime fighting just to become the woman she is now - a complex, strong and fantastic woman.

Festival Director Mayank Shekhar said, “We have selected A Fantastic Woman for many reasons. It won the Academy award this year for the best foreign language film. It’s a film that centers on sexuality and gender identity issues and deals with powerful themes of bigotry, loss and dignity.” The cast of the film is Daniela Vega, Francisco Reyes, Luis Gnecco, Aline Küppenheim, Amparo Noguera, Nicolás Saavedra, Antonia Zegers, Trinidad González, Néstor Cantillana and Alejandro Goic.

Jagran Film Festival has reached new heights from its inception in 2009. This being the 9th edition of India’s largest Travelling Film Festival, the execution is in a way to transcend cultural and geographical boundaries of India and unite them for the love of cinema. Jagran Film Festival has gained immense popularity and each year it attempts to present a treat for cinema lovers by showing unique and popular movies during the show.  Some prominent sections of the Festival are World Panorama, Thematic Specials including State focus, City focus and Fan section, Indian Showcase, Master Talks, Country Focus and the Retrospective of films.

This year, there are over 400 films from across the world, in different genres, to be shown to the cinema-loving JFF audience. Delhi chapter screened around 150 films this year. They were continuously entertained with big Bollywood titles like October, Maachis, Satya, Mukkabaaz, and more. People enjoyed the unique opportunity and experience of watching their favourite movies on the big screen amid the cinema fanfare.