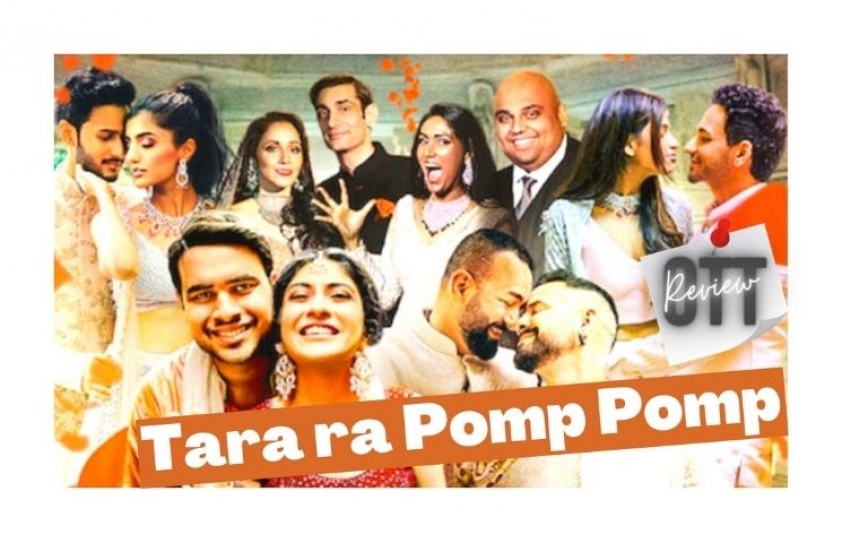 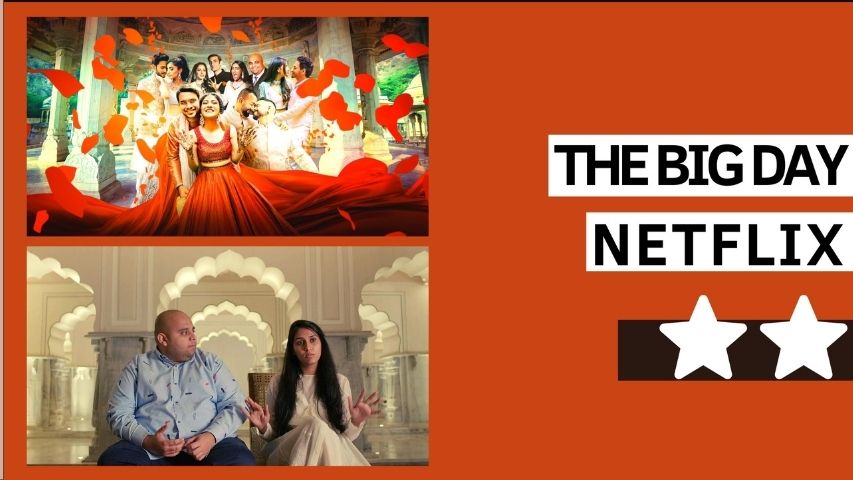 Oh oh, yet another marry-go-roundelay – of the super-rich but not so famous. Ergo here are six couples tying forget-me-knots in dream locations accompanied by the kind of pomp and show, which makes you wonder - are we like this only, are we not for a nano-second morose, nervy or lonely?

Indeed, six couples feature in the kick-off three episodes (by the way, there will be an equal number of happy-yappy twosomes gathering to do their Hum Hain Multi-Crorepati blessed souls in the second installment). Can’t wait? You got to be kidding.

Okay, the intuitive response of any rationalist to this vivaah ka show-sharaba will be quite predictable, so much jaw-dropping conspicuous expenditure (where does it come from? Shhh no one talks money, honey), so much fuss-‘n’-fret expended over nuptials in spots where local populations cannot afford bread but wedding crowds feast on cakes, Manhattan-style cocktail shakes and the lord alone knows what else, haute cuisine ducks and drakes?

Whoa, a particularly literary couple hosts an Alice in Wonderlandish Mad Hatter’s Tea Party complete with a sad looking stuffed rabbit for that decorative element. Ulp, and lo a bride orders a huge Buddha Bar installation to suggest a swishy clubby effect. And you thought that global bar franchise is now uncool as a swimming in a no social-distance-maintained public pool.

Right, carp at this fiesta of capitalism - outdated word - as much as you want. The point is that such series are produced - in this case by the luxury-extolling Conde Nast media group - because they offer us the most accessible form of escapism. And, to be sure all’s fair in the name of snagging TRPS. Netflix’s Indian Matchmaking - showcasing marriage-fixer Sima Taparia was a hoot, enjoyable and all that, wasn’t it? Hey, then quit getting antsy over this Big Day, pretty puh-lease.

Like it or not, it’s a vicarious way of partaking in a gaga gala yourself. There you are, then, binge digesting the series, eyes-a-poppin’, the mind hellzapoppin’, and ruminating about this diamond-studded slice of life. Chill pill chill, you nitwit. Remove the taste of sour grapes and just become a fly on the wall, buzzing occasionally to sip a bit of the exclusive-‘n’-expy bubbly shubbly. At one of the do’s, dear Katrina Kaif is on the dance floor too, shaking a leg sans the choreographer. You were entertained by Chikni Chameli on the wide screen, hence la-la what’s your dilemma, now?

But for the same-gender couple, make-up artiste Tyrone Braganza from Goa and his partner Daniel Bauer, who have already married in a German church, the other couples can’t be distinguished from one another unless you take copious notes, keep a hawk’s eye on their bespoke outfits or keep logging for their names on IMDB. Too arduous that. Braganza and Bauer are the sole coosome twosome who stay with you as they go through the vows again in Goa - casual, unself-conscious and backed even by the orthodox section of the beach city.

Plus in another episode, there’s the father of the bride, who’s delirious beyond description, and scuttles off to the nearby mustard fields to inform you that he had once serenaded his significant other by breaking into a Dilwale Dulhania Le Jayenge ditty – a moment, which is as embarrassingly cloying as it is.. erm.. cute.

The weddings, it is underlined, are being conducted at “forts-and-not-palaces” - not a cataclysmic difference but we’ll let it pass. Why be a ‘begaani shaadi mein Abdullah deewana’ (translates succinctly as ‘why be a party pooper?’). The brides-to be are all uniformly fussy about décor, canapes and what-razzle-dazzle-you. Coincidentally, they’re all independent-minded (I saaay yaaay!).

One of them describes herself as a Bridezilla, and a question is raised why it should be a ‘kanyadaan’ and not a ‘betadaan’. Yet you worry how compatible are these smiley brides and grooms-to-be. Doesn’t seem as if they’ll walk into the sunset happily ever after that B-day, which is none of your business actually. Wed and let wed. As for the future, que sera que sera.

Random points are also made by the ever-proliferating wedding corporate executives, for a sprinkle of socially concerned tadka. A sequence ventures into the workshops of local textile block printers manned by expressionless artisans, to imply a breakaway from the western chintz and fabrics. If this beautiful, locally-sourced yardage lands up at the wedding venue, it’s not clearly visible though. Aah well, that’s alright, maybe I just couldn’t spot them in the thick of the mega-melees.

Throughout, you can’t help feeling that the Bollywood influence pervades majorly. Those splashy shaadis initiated by Sooraj Barjatya and Aditya Chopra to be carried to loftier heights by Karan Johar, are more than discernible. No quarrel with that either. Reason: to use that chestnut of an adage - life imitates ‘art’, no? Only missing is a spectacular music number a la Mahiya Say Shava Shava Mahiya from Johar’s Kabhi Khushi Kabhie Gham. Complicated dynamics of family dissension, mandatory in any B-town flicks are, however, swept under those heaps of  fancy rugs, drapes and carpets here. Jeer?

Truly, I would be inclined to go with the frank confession that The Big Day is a guilty pleasure. I don’t simply because it left me fully flabbergasted and exhausted.

On a personal note, I’d just say, I wouldn’t attend such a Big Day for love or unspoken money. Looks too Shava Shava to be true. Give me a show on civil registrar marriages any day or evening. Now there are real life stories to be discovered there, and not club class flights into the fancy-schmancy. 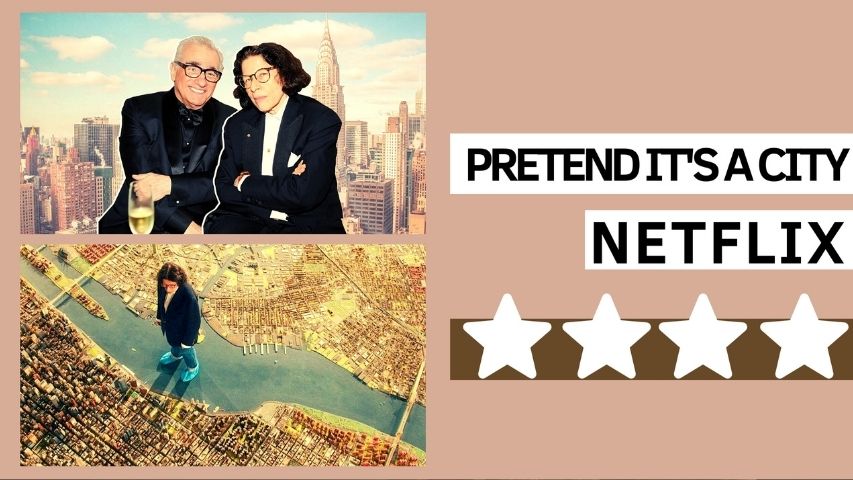 Ten years after Martin Scorsese and writer, humourist, one-woman-force-of-nature Fran Lebovitz teamed up on the documentary Public Speaking, they’re back with the 7-parter Let’s Pretend It’s a City, in which the author speaks her head off about what’s hot and what’s not about living in New York.

Lebovitz, a spunky 70-year-old, doesn’t mince her words on a shoal of topics ranging from the city administration, the smartphone addiction of millennials, art installations and sports (which she detests) to fast-food and the fetish for gym-exercising. And boy-o-boy is she a talker, going yakety yak till the show becomes an ode to the acerbic talking head. Her interviewer, Scorsese, barely gets a vowel in and is gallant enough to subvert his role in this seven-episoder by just guffawing, chortling and giggling at her rapid-fire frankspeak.

An auteur director conversing with an eccentric writer (who’s probably facing a writer’s block), on paper, may have seemed to be a drag. Shifting as they do from studios, bars, a recreated pop-up map of New York, gratifyingly there isn’t a single dull moment.

But of course, you have to connect spontaneously with Ms Lebovitz, whether she’s disclosing moments of her childhood, commenting on the era of hippie power, gushing about the joy of buying unknown books and dictionaries, and the city’s architecture (which she insists is currently imitating Dubais high-rises). And the verbal tempest quotable quotes are smartly interspersed with silent shots of her strolling down the Big Apple’s streets with a sardonic frown, which she wears as a jewel in her crown.

The very notion of a global auteur director gleefully anchoring the show - with brief edits of archival footage - is pretty novel and makes for decidedly different and absorbing content. Hence, if you’re the sort who relishes zigzag confabulations, do check out this fun-piece on the bees in an author’s bonnet. Incidentally, the show is dedicated to the memory of the Nobel prize-winning author Tony Morrison. Go for it. 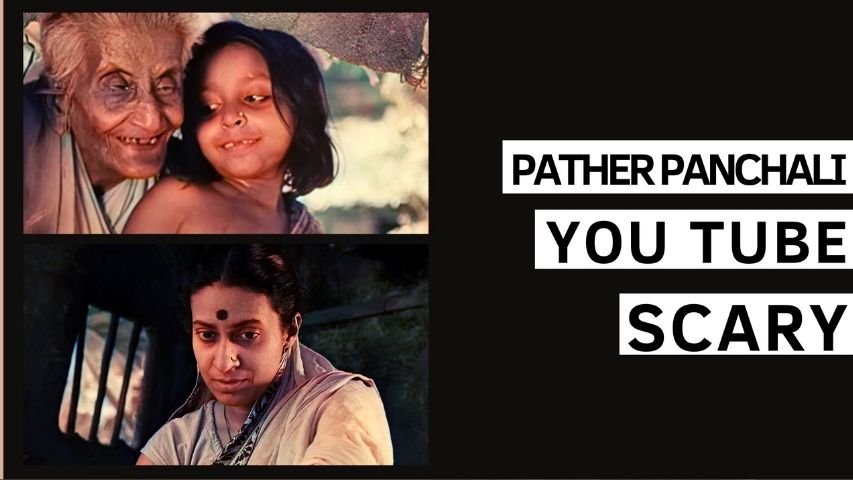 This is not a review but a cry out loud. So, some wise guy - believed to be an assistant professor at the University of Maryland - had uploaded colorised excerpts on Internet of Pather Panchali, which was shot in pristine black-and-white. Such a travesty this. There was a furore, rightaway. How dare he!

But hello, now what do I see? Full-length colorised versions of Pather Panchali and its sequel Apur Sansar on YouTube. I’m sure Mr Ray, if he were alive, and his legion of fans, who are still alive, would have never permitted such disrespect. Question is: why is no one but  no one protesting strongly about this travesty - even on Twitter?