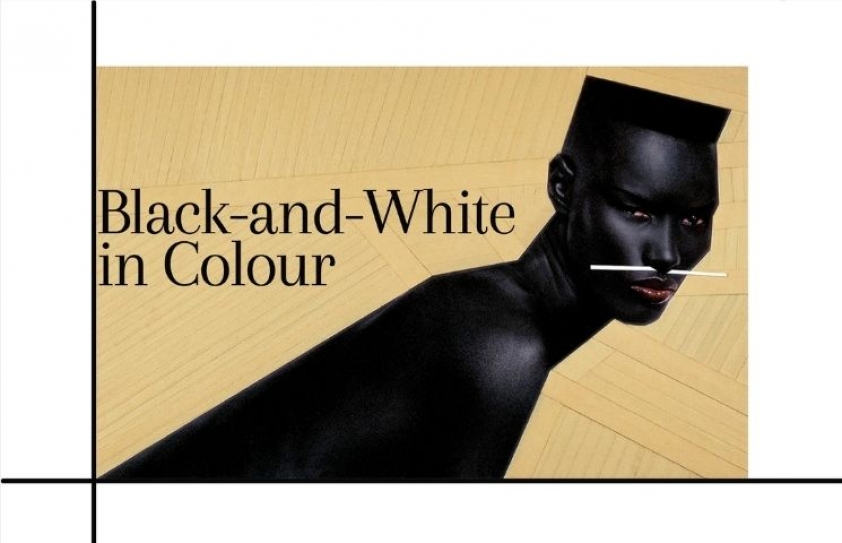 Khalid Mohamed recounts his emotional-laden encounter with the legendary French multi-media artist, Jean-Paul Goude, on a champagne-bubbly afternoon in Paris.

Jean-Paul Goude. If you don’t know about him you must. Creator of so many of the pioneering glamour images, graphic deigns, ad campaigns, magazine illustrations, music album cover designs and more, he was in his element especially in the 1970s and ‘80s when Paris truly sizzled.

Being a newsperson on the trail of brilliant photographers, during 1983, egged on by a friend Patrick Bensard, who headed the Cinematheque de la Danse (devoted to archiving films and memorabilia on the global dance art form), I was privileged to meet the greats Sebastio Salgado - whose work has focused primarily on the condition of workers across the world, and Marc Riboud, a humanist whose range included candid street photos and news events. 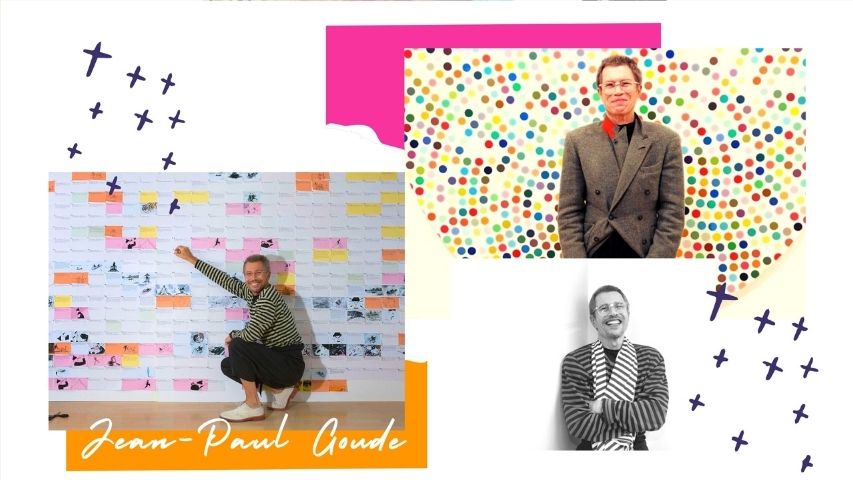 Both had travelled to India, and have shot seminal images of candid life in the nation’s varied seams and folds. Riboud’s captures of the Nehru family are among the most unvarnished and spontaneous I’ve ever seen (check them out on the Internet).

Bensard, however, suggested that my trip to Paris would be incomplete without meeting Jean-Paul Goude. Since I knew a smattering of school French, I could cab it to his apartment close to the scenic Sacre Coeur Basilica, Montmartre, the highest summit of the city.

In the deep of the afternoon, the apartment was  a riot of colours with the domination of black furnishings and curtains. I’d been warned that Goude was still in the throes of a heart break, he had just split from his muse Grace Jones, the chart-topping Jamaican model, singer and actor most famously known for the Bond movie A View to a Kill. Avoid questions about Grace, if you can, I’d been counselled, he had agreed to meet me… well… because he enjoys talking.

As it turned out, the olive-skinned, stunningly handsome Goude (born 1940), wearing a leaf-green kimono, on being complimented about his drop-dead good looks, said, “Helas, I’m just a former ruin of myself. When a man loses the woman he loves, the glow dies.” Fluent in English, he explained that his mother was an American dancer and his father, a French lift repairman. From his childhood, he was drawn towards sketching portraits of aboriginals and blacks, an inborn gift encouraged by his mother. 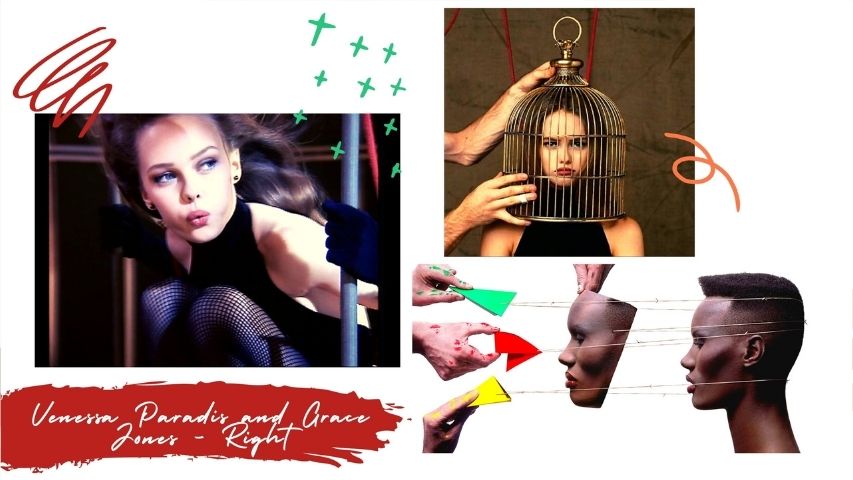 “I guess you know I’ve been around, been there, done that,” he laughed, sharing a bottle of Dom Perignon. Yes, I do, reeling out the facts that he had worked with Esquire magazine, and gone on to shoot benchmark print campaigns and ad films for such brands as Citroen, Perrier, Kodak, Chanel, H&M, Galleries Lafayette and Prada.

Flipping the video machine on, he offered me a preview of an ad film for a bank showing a dozen of men walking the New York streets, all in black suits (Men in Black, was his concept obviously) and carrying brief-cases.

Edited to the rhythm of a hard rock ballad, and accentuating the colour of autumn trees in the Big Apple, it was a zinger, uber stylish and at the same time never deviating from the subject of its endorsement.

Naively, I asked, “But the trend nowadays is to opt for saturated black-and-white…”

“Oh that, let me tell you black-and-white is misused, it’s more often than not to hide the defects in the colour shades and lighting,” he shrugged. “You can achieve that effect of black-and-white in colour too, can’t you?” That he could attain this was confirmed by Grace Jones herself in her book, I’ll Never Write My Memoirs, in which she stated, “Jean-Paul dug into me, bit into me, scratched and stretched me, and made very clear what colour my skin was.” His images of her may have been in colour but the effect was to celebrate that black, coalesced with more colours, is indeed way more beautiful. 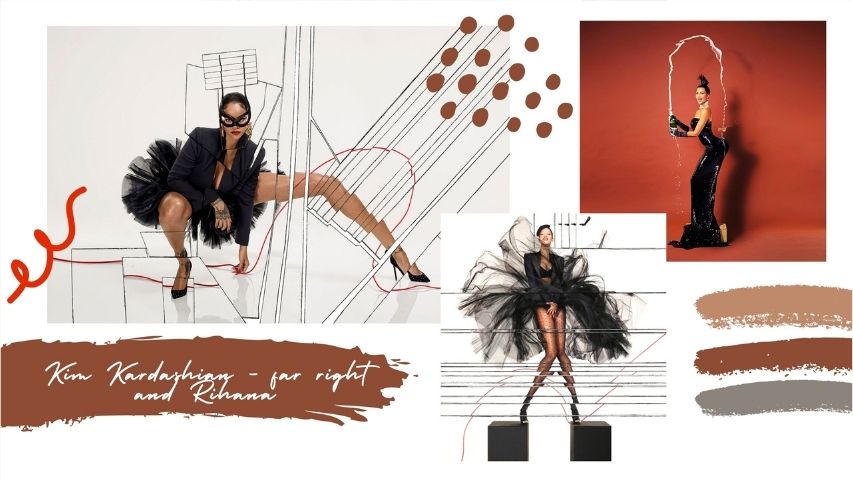 In his own distinct manner, he has been as important an image-maker as Andy Warhol. Alas, our conversation was brief. Suddenly he went blank, stopped sipping champagne, opened the curtains and looked out of the window at the Sacre Coeur, which was gonging bells, to announce the hour of the church service. He sought to hide the tears in his eyes. That his love for his muse still had to exhume itself was evident. Quietly he murmured, “We have a son, Paulo.”

He turned the topic towards me. I couldn’t have sounded more mundane, gabbing away about the comparative mediocrity of Bombay’s image-makers and ad filmmakers. He had drifted into a shell. Clearly, he wished to be left alone, and saw me politely off to a cab, waving, “Stay in touch.”

As years and years have flown by, Jean-Paul Goude remains the creative tour de force he was. His book, Jungle Fever, doesn’t include any of his commercial imagery, displaying essentially his artistic representations of ethnic minorities, with an emphasis on black people. The book shows the progression of work from sketches to the finished work. Over time, he has collaborated with the media personality-socialite-actor Kim Kardashian, the Barbadian singer and actor Rihanna, and singer Vanessa Paradis for a Chanel ad in which he shot her in a birdcage because she reminded him of Tweety, the cartoon-strip chatterbox. 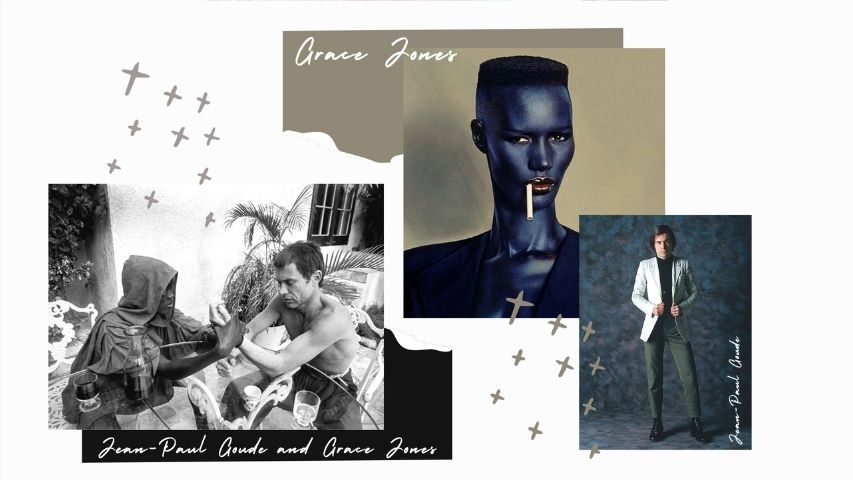 And today when I scroll the net for interviews, I find one in Gadabout magazine, in which Goude says analytically, “Grace is a dear friend, she's OK. We had our problems. It’s true that sometimes I think she could have done better. That’s not a bad thing to say, is it? She could have gone much further... who knows? She could have grown as an artist and become a musical legend! But she doesn’t believe in questioning herself or re-evaluating her craft… She stays true to herself, which is sort of admirable, but for me such an attitude is impossible to deal with.”

Elaborates he, “An example: she calls me the other day very business like and says, ‘I need to talk it’s very important.’ She sounds very serious, so despite the fact that we're extremely busy working on the last details of a show in Tokyo, I reluctantly make an appointment for the next day, knowing how ‘distractive’ she can be at times. So, I ask her to call me in the morning to confirm, which of course she never does... I’m still waiting. It’s no big deal! It’s OK, it's Grace. That’s the way she is! Some find it cute, I’m not sure I do. People don’t like to deal with someone who's unreliable. I know I don’t!”

Now at the age of 80, Jean-Paul Goude is a living legend. Maybe he’s still in love with the ‘Amazing Grace’, of an androgynous and rule-smasher he created. Perhaps not. Subsequently he married Karen Park, and they are parents to son Theo and daughter Lorelei.

The “man in ruins”, as he described himself way back, was perhaps a stretch of life every artist goes through. As I look back on the Dom Perignon afternoon, I understand artists like Jean-Paul Goude - whose heart and iconoclasm have been at the core of his creative legacy.