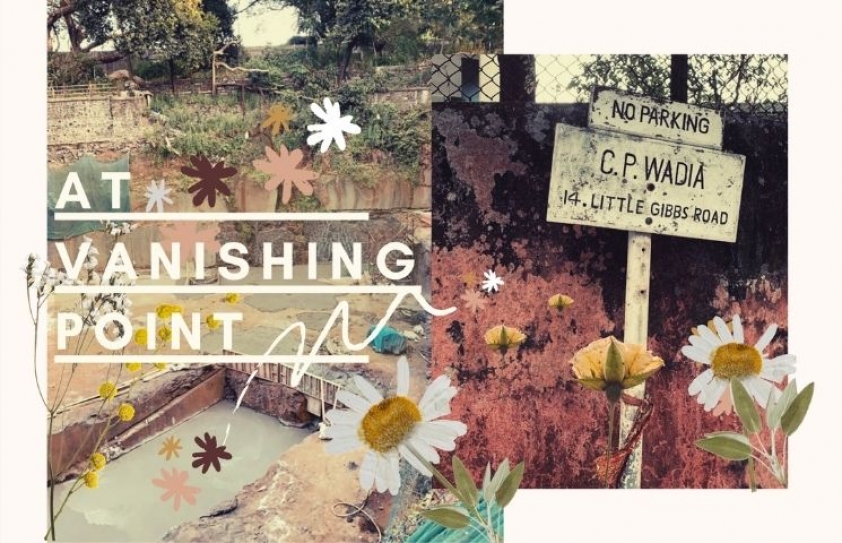 As one more beautifully-architected bungalow on Little Gibbs Road bites the dust, Khalid Mohamed writes on the changing face of Malabar Hill, the city’s prime neighbourhood.

Ever since I can remember, that is for 50 years-plus now, Malabar Hill - like the Fort and Ballard Pier precincts - was a romantic reminder of Mumbai’s old-age architecture.

Bungalows, as they are still called, were a fusion of British and at times Greco-Roman architecture. And harked back to the era, when the city flaunted its heritage. Curiously enough ‘bungalow’ is derived from the Hindi word ‘bangla’, meaning ‘belonging to Bengal’. It was used to describe detached cottages built for early European settlers in India. The term, to date, is generally used to described separate, gated edifices, which have survived the vagaries of time.

To come to the topic du jour, on looking out of the window of the 6th floor of my modest housing colony atop Napean Sea Road last week, my heart ached: a jewel of an old bungalow on Little Gibbs Road was being dismantled. The workers did a pretty speedy job, within that week the red-tiled roofs, the wooden beams and the walls alternately painted pale pink and a fading pigeon grey colour, whooshed away with the wind. Would it be replaced by one of those tall-beanstalk towers? Was it being renovated, given a face-lift? Was it even on the Heritage protection list at all?

None of my neighbours knew its name. “Oh you mean that Parsi bungalow?” they hazarded a guess. I checked on the Internet, the Wikimap indicated cryptically that the Gamadia Bungalow was ‘deleted’. Around 2012, it had been reported that the owners had shifted to another bungalow due to massive leakage. Renovation plans, seemingly, were underway. 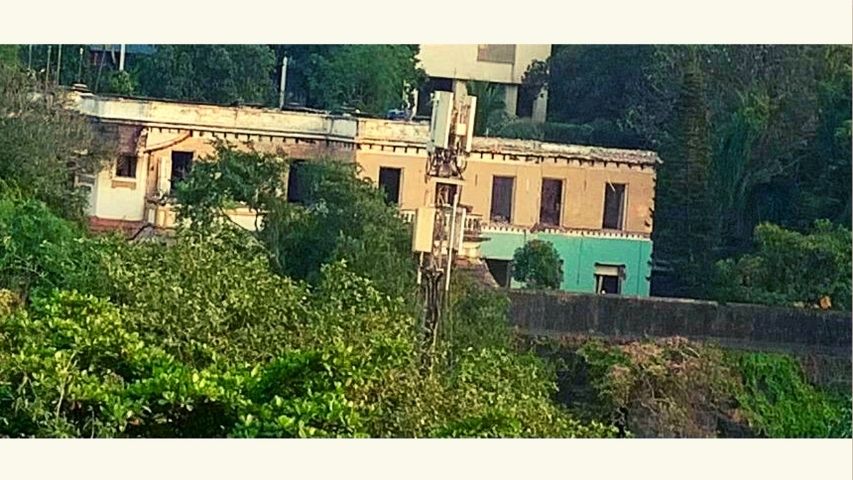 Although just an eye’s throw away, I hadn’t ever bothered to confirm the name of the bungalow at an eye gaze from my window; who lived there, how many proprietors had changed over the years? Let’s just say that like most in the vicinity, I had taken its grand doll-house-like presence for granted.

Next: Winding through the zigzag, wondrously tree-lined lanes, I reached the dead bungalow on a Sunday. It was a hollow shell, deep and vast. A few of the labour force genially told me, “Yes, it’s gone. A tower must be coming up.” They could be right, maybe they’re wrong. Malabar Hill, believed to be the prime estate of the city, has lost so many of its landmark bungalows. “We’re just doing our jobs, tough to come by these days, we don’t know the details,” they shushed me up.

Till my late teens, I had lived in a nearby bungalow on 35 Lands End Road on Narayan Dabholkar Road - a grand mansion belonging to my grandfather. It had three gardens, three separate sub-divisions - the main front stretch suite of rooms in which my grandparents and I lived.

Behind it there was a three-storey building for guests, some of which included nawabs from Hyderabad, a newly-wedded woman and her husband from the then-police commissioner’s family and an ageing British teacher - who perhaps inspired by his chocolatey-pepper mop of hair called himself John Brown! The Londoner had chosen to stay back in India after the overthrow of the British Raj. Grandpa had invited him to lunch and he had  ended up staying till he passed away half a decade later because of advanced age. 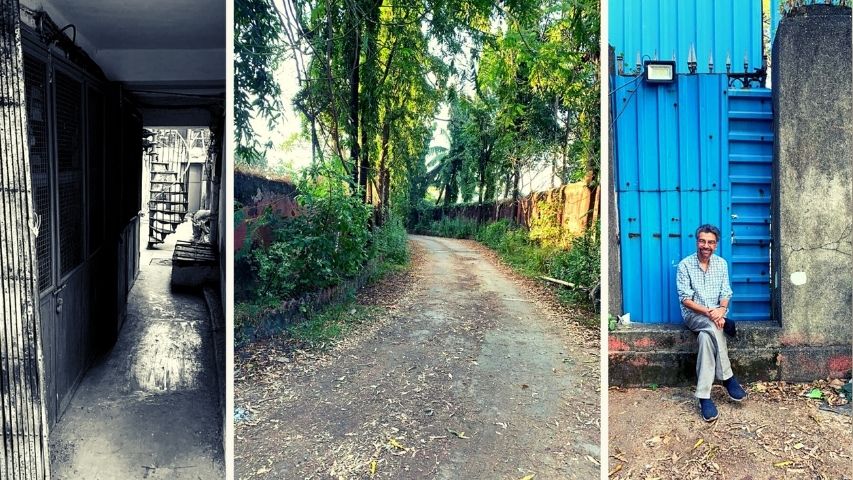 A huge kitchen, a godown for grains and grocery, two garages and a one-storey servants’ quarters facing a chikoo tree were part of my Alice-in-Wonderland days. Perhaps that’s why the pangs of loss and yearning when I see another bungalow bite the dust.

Ours went in paying the estate duty, existing then, on the passing away of my grandpa just as I was sitting for my final year’s examination at school. Today, there are, I’m afraid, rather nondescript central government officer’s buildings there. A sign still says Cassum Mitha, a mangle  of the name of my grandfather Suleman Kasim Mitha, for an inexplicable reason.

Right. To discover what had happened to the colloquially named ‘Parsi bungalow’, I ventured out to Little Gibbs Road. No expert at extracting information from the already overworked Bombay Municipal Corporation or moving into an investigative mode - which yields precious little as I’ve seen having worked for years in a daily paper’s newspaper - it perhaps made better sense to just have a last look at that beauteous bungalow, albeit now all boarded up. No trespassing allowed.

It’s gone. No amount of regret or nostalgia can ever bring it back. A small, ground floor house, where virus-protection masks dry on a clothesline and the residents are asleep in the afternoon, still stands next to it heroically. A construction worker mentions the names of Gamadias, the Kapadias, the Godrejs and sundry industrialist tycoons. No let it be, my inner voice tells me, that view from my room has gone, and so be it.

Gratifyingly from my terrace, I can still sight the palatial Dubhash bungalow close to the Priyadarshini Park. Moreover, a walk through Narayan Dabholkar Road discloses that quite a few of the bygone era structures still do exist. So does the old-worldly rows of buildings, Rocky Hill Flats, occupied by top government officers. Dinanath Gopal Tendulkar (1902-1972), famously known for his definitive eight-volume biography Mahatma: Life of Mohandas Karamchand Gandhi, was sanctioned a compact cottage by Pandit Jawahalal Nehru for the writer, next to the flats. 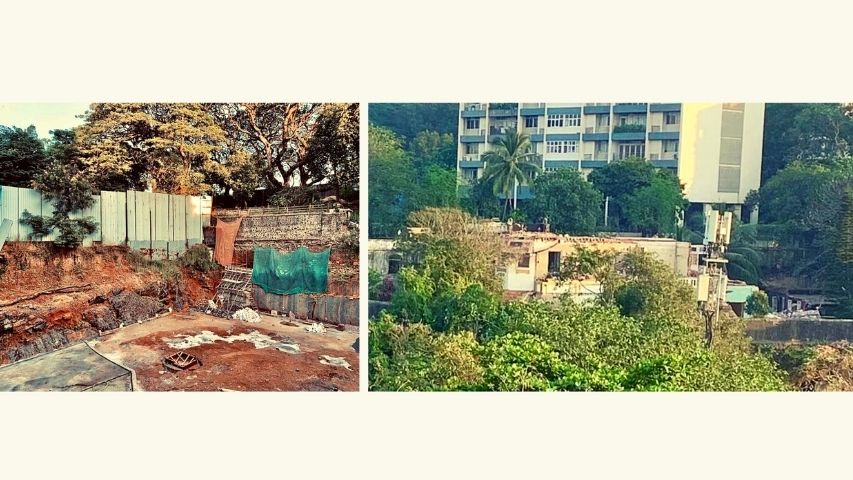 Tendulkar saab, as he would be called, would roam around in the compound in khaki knickers and a white shirt, a walking stick in hand, always generous with peppermints and sweets for the children who would be playing nearby. Has the cottage survived? If so, who lives there? Questions, questions. Again an impasse for me, since the Rocky Hill Flats is securely guarded. No entry without permission.

A brisk walk away from Little Gibbs Road, the Jinnah House, is barely viewable. Circa 2018, reportedly it was on its way to become a venue for diplomatic soirees and possibly a museum showcasing South Asian culture. The property, also known as South Court, was formerly owned by Pakistan’s founder Mohammad Ali Jinnah, and was the subject of many contentious legal disputes for decades. It was decided to bring it under the care of the Indian Council of Cultural Relations (ICCR). If there’s been any update on this proposal, it has escaped me.

Back to the vanished bungalow on Little Gibbs Road, here’s another evidence of the fact that Mumbai changeth. More than a Maximum City, it has become a Reconstruction City.

So big deal, I can’t see the so-called ‘Parsi bungalow’ any more from my window. So why quibble? For consolation, there is at least its unerasable memory.