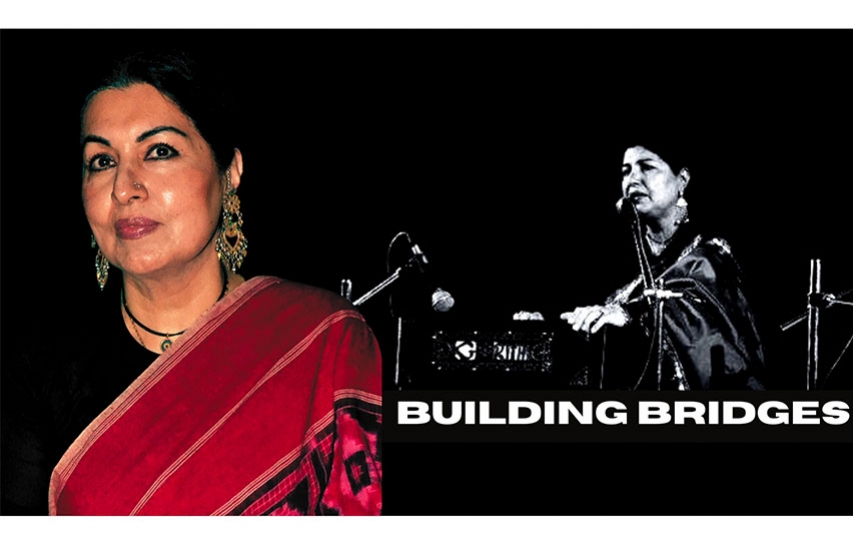 Even before her soulful voice creates magic and captivates you, her charismatic persona hits you with an overpowering intensity, writes Kulsum Mustafa

Doyen of Hindustani Light Classical music, Rekha Surya enjoys the distinction of having been trained by two legendary music maestros - Begum Akhtar and Girija Devi, the former from the Lucknow Gharana and the latter from Benares.

She nuances both these schools and presents Thumri and Dadra in the Ghazal style to which she adds mystical dimensions of Sufi poetry. Her concerts stamped with distinct style draw connoisseurs of music to her performances in large numbers. She has performed across India besides taking this music form to different corners of the world. She adds Lucknowi culture to her music and this Gangajamni tehzeeb and selection of poets comprise her musical mehfils.

She is an artist with a soul and unlike many singers who would prefer to just perform and go, Rekha breathes secularism into her singing and even talks about this on social media, hence she has been a target of trolls. Her anti-government posts have resulted in her account being blocked thrice by Facebook too, but all this has failed to dissuade her from what she calls a musical path strewn with the right human values.

In this interview, Rekha Surya talks about the trials and tribulations of an artist with a conscience. Refusing to bow down to the paper tigers, she says she will remain loyal to her cultural ethos till her last breath. A true Lucknow-ite now based in Delhi, Rekha says she always carries her hometown in her heart, with herself, wherever she goes. 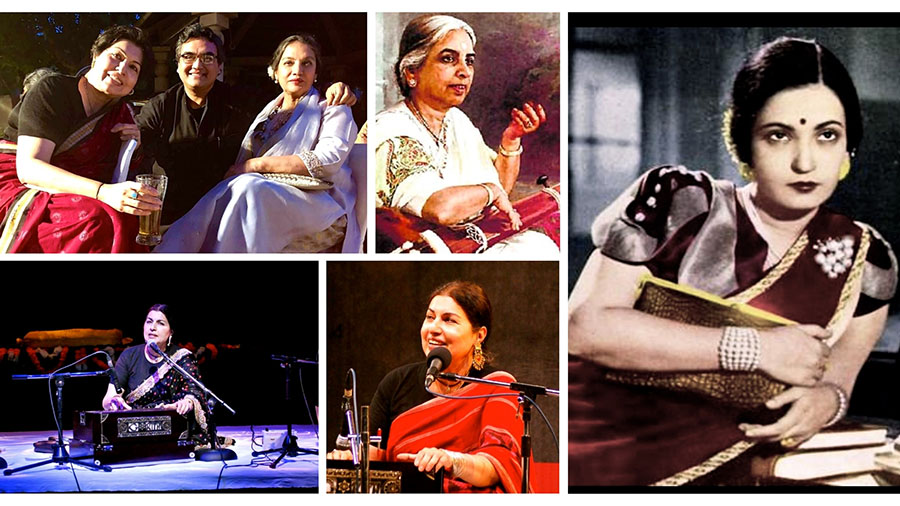 A convent educated girl, with a heavily Anglicized childhood, how come you opted to take up Hindustani Light classical music as your career choice?

There was an overpowering spiritual connection that I felt with this music right from my childhood. While it is true that my family was baffled by my choice, they never opposed my musical endeavor and in fact helped me chase my dream. I visited my first Ustad, Begum Akhtar with a family friend at the age of eleven. Initially, she bluntly refused to take me as her shagird (disciple) as she was not training due to ill health, but then she just asked me to sing something, and when I finished, she simply said “kal das bajey aa jana” (come tomorrow at 10 am). And after that for the next two years, she devoted so much time in shaping me - her last disciple. I owe her so much for what I am today.

How did you find your second guru Girija Devi?

Again it was sheer quirk fate and destiny. The sudden death of my Ustad, Begum Akhtar had created a vacuum in my life. I was totally devastated; my world had collapsed. As luck would have it, I found my second Ustad, Girija Devi, at a private concert. My passion and zeal to learn made her decide to take me under her musical wings. It was clear that destiny had carved out my musical path.

I did not just learn music from these two legendary gurus but they also created in me a love for humanity at large. Music, I learned very early in life, does not just transcend geographical boundaries; it also has the power to unite people and faith, it can help create bonds between humans as well as nations. I have been using music to build bridges ever since I started my musical walk.

I started practicing activism, consciously, through music after the barbarism that followed Babri Masjid demolition. The venom, bitterness, loss of human lives, impacted me. I turned to Sufiyana kalaam, introduced Kabir’s dohas in my concerts to convey the agony and pain of an artist. I used poets who conveyed these thoughts and supported communal harmony. I want music to be the bond of love not the harbinger of hatred. I do not care if anyone abuses me for my message of kindness and peace. I challenge people who want to spread disharmony with the strains of my musical. 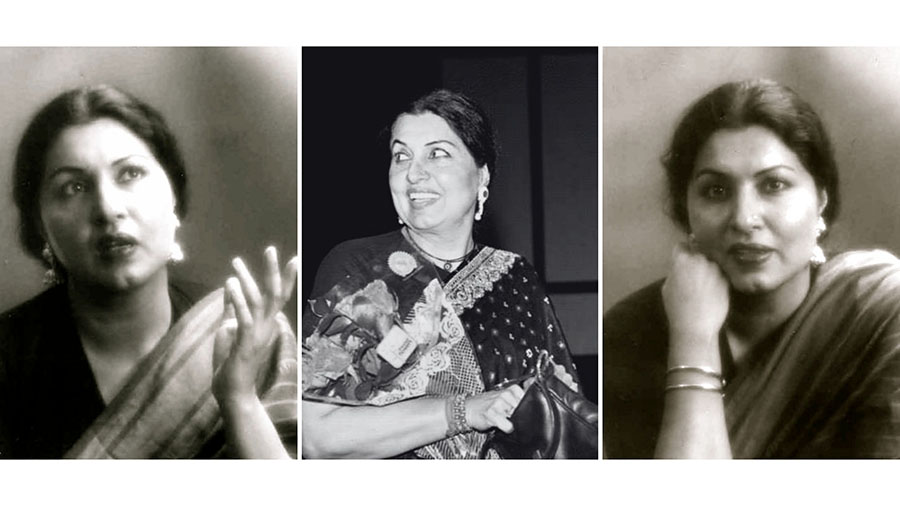 You were born to refugee parents who migrated from Lahore to Lucknow during Partition. Did they not pass on their insecurities to you and your other siblings?

Not at all! In fact my father, a real ‘Brown sahib’, especially chose to settle down in Lucknow knowing it had a predominately nawabi stamp but it was the rich cultural ethos of Avadh that attracted him and he never regretted his decision till he crossed the rainbow in 1993. There were never any talks of hatred for any communities or blame games for the change in our lifestyles. The family enjoyed a lot of clout and respect back in Lahore. My father’s elder brother was the first Indian to teach Medicine in London.

But yes, the financial insecurities were often spoken about. I had a beautiful childhood. Irish nuns taught us at the Loreto Convent, we had Muslim khaansamas preparing our lunch, while for dinners we had English food. It was the best of east and West and one, which instilled in me the love for harmony and humans.

Do share with us your creativity during the pandemic.

It has been a difficult time for humanity at large. My heart bleeds for the families who lost their dear ones. But one big blessing of the pandemic is that it taught us to value time, relationships and to use the long hours at hand to promote our creativity. For me, this period has been a boom. It helped me hone my online lecture skills. I can now conduct my music classes and connect with my students abroad as easily as those in India.

Another important thing that happened during this trying time was that I got a chance to participate and do my bit for fundraising for COVID-19 relief through my online concerts. So I can say proudly that I utilized the lockdown for my personal and professional growth and for the good of humanity.

Outside India, you have performed in Washington D.C, New York, Boston, Philadelphia, Los Angeles, Madison, Chicago, Toronto, Montreal, Ottawa, New Foodland, Oslo, London U.K., Sri Lanka, Tajikistan and Singapore. But it is your three Pakistan tours that we would like you to dwell on.

I strongly believe that cultural exchange programs, people-to-people contact, are a must for keeping intact the relationships between nations no matter what the political ideology they share. However, they play an even more important role between countries like India and Pakistan, as they help melt distance and mend fences, end enmity and ill-will between the two. My three concerts in Pakistan were super successes. I enjoyed performing as much as they, I think, enjoyed my performance. The audience also looked almost like the one in India - appreciative and interested. I made many friends across the border and am still in touch with them on social media. 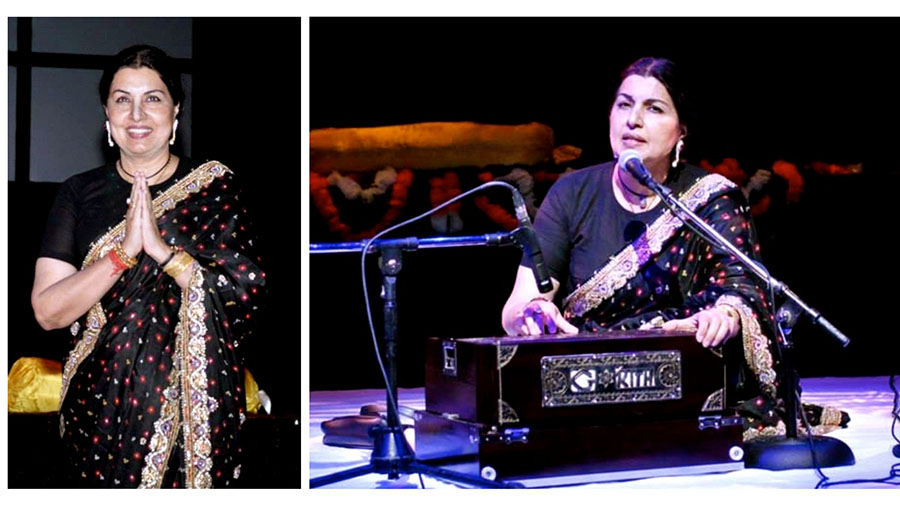 Is classical and semi-classical music old-fashioned and on the wane in this jet-paced era?

Good music can never get out of fashion or lose its grip on the audience. After Begum Akhtar’s death, Ghazal was popularized in the Geet numa styles of Jagjit Singh and Mehdi Hasan - it was respected for their Khayal and style even though the style of singing was considered “old-fashioned”.

Your book illustrates that Ghazal is best presented in the classical-romantic Thumri style and you sing Ghazal alongside other forms that belong to the genre, like Dadra, Hori, Jhoola, Kajri, and Chaiti.

I have attempted to succinctly map the history, philosophy and practical aspects of Hindustani light classical music. It is illustrated with inputs I gathered while training under India’s two legendary teachers.

Despite your huge social media presence you are a very private person. However, I cannot help asking you why you did not get married?

I do not like to discuss personal and intimate things about myself publically. About why I did not marry you can just say that I chose to be single because the person whom I loved, I could not get married to. I can best answer your question by offering my favorite poet Israr Ansari’s couplet - Woh itni door ho gaya jitna karib tha, hum na unkey na woh humarey hai, dono darya key do kinarey hain – He became as distant as he was close to me, the two of us were besides each other like the two banks of a river…

It was now time to say goodbye to Rekha Surya as she had already transported her mind into another space - the place that she has always guarded. Behind the close doors, I suppose, lay her memories, nostalgia, and pain that she would rather not share.