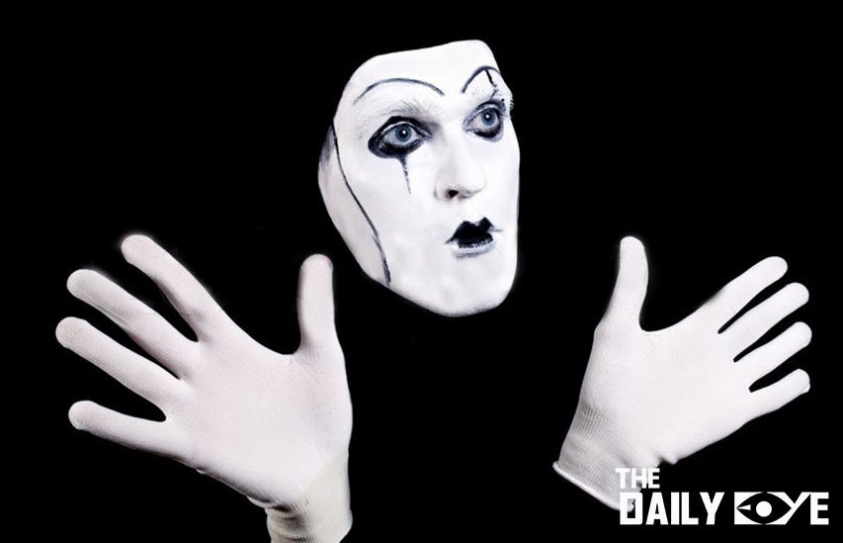 Andy Warhol famously said that everyone in the world would be famous for fifteen minutes.

Hyperbole perhaps but in a digitally connected world, fame and notoriety are more in focus than ever before. From the earliest times, humans have looked up to social leaders. Even today, amongst some of the remotest tribes, you will find a band of ‘elders’ whose opinion matters. Subsequently every historical period has its own heroes (heroines).

Various emperors and kings had a band of exalted advisers who were looked up to. Chanakya, Kalidasa, Aryabhatta, Tansen, Birbal, Mirza Ghalib, Raja Ravi Varma, Swami Vivekananda and many like them were the first stars. In fact, all mythologies have humans or characters that are still revered as gods or humans with exceptional powers. 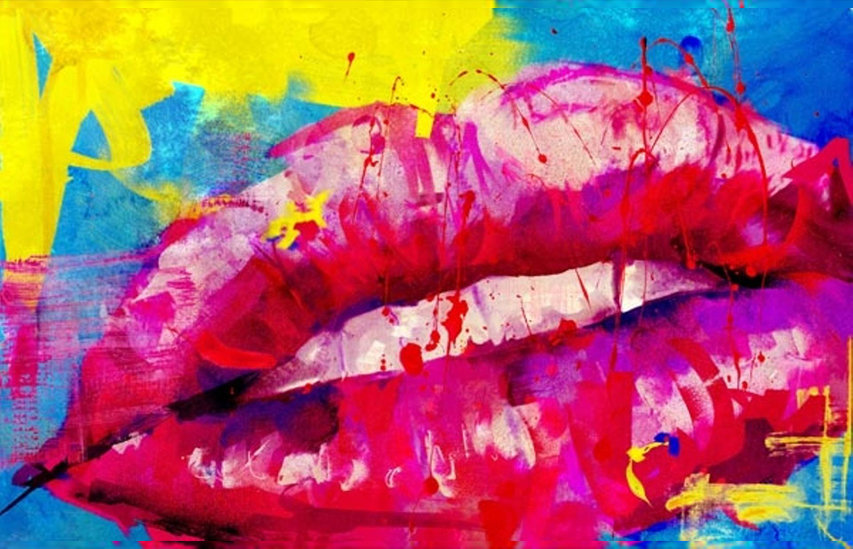 Over time as modern means of communication developed and media expanded, artistes, scientists, writers, creative people and fashionistas joined statesmen and political leaders in the new pantheon of celebrity hood. However, with rise of films, music and broadcast media brought these larger than life characters right into our lives. Admiration gave way to cults and stardom.

The early newspapers and magazines throve on news about people and events. Contrary to popular opinion, the Page 3 culture is not a recent phenomenon but goes back to the early days of print. So as the human need to get noticed in society grew newer avenues of expanding reach developed. Books like the Guinness Book of World Records, Who’s Who and Almanacs became new ways to stardom. State Awards like Knighthood and Padma awards and several popular awards like Oscars, Grammys, Filmfare (and now hundreds of others) were all applause generating events.

First radio and then TV evolved on the same premise. Nowadays the reality shows create their own stars proving a fertile breeding ground for newer celebrities. From Hollywood and later Bollywood emerged first stars almost 100 years ago. From KL Saigal and Ashok Kumar to Ranbir Kapoor and Ranveer Singh these film stars have ruled Indian hearts. If the West had Marilyn Monroe we had Madhubala. Film stars were the first celebrities who were adored by the public. They had magazines devoted to their fads and foibles. Later singers and cricketers were hero worshipped. Autograph hunters and crazy fans would follow them whenever they were seen in public. 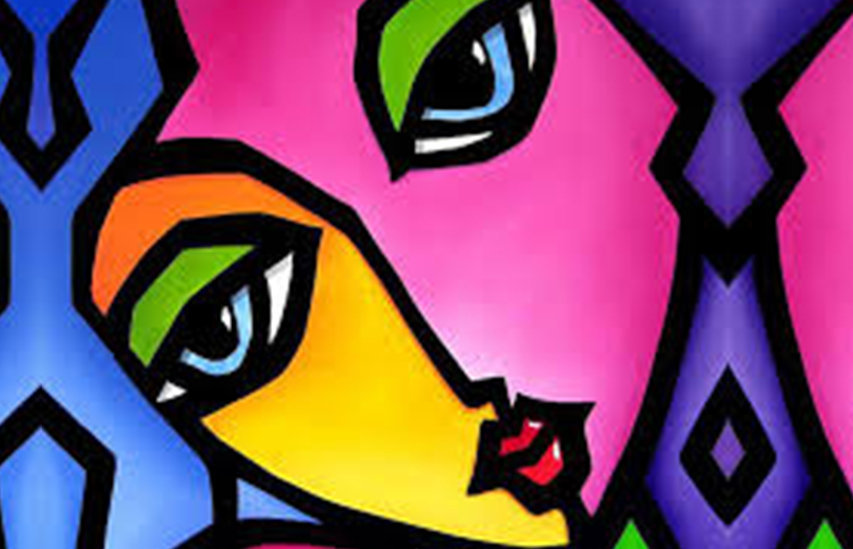 Radio Television changed all that. The immediacy of the medium and live telecast of events generated massive followings. I remember as a lyricist in the 1970s whenever I was introduced to strangers specially in places other than Bombay people would immediately recognise the name (as lyricists’ names were announced regularly on radio). When we made Buniyaad in early 1980s, its protagonists Haveli Ram (Alok Nath) and Lajo ji (Anita Kanwar) became household names. Subsequently many artistes became overnight celebrities via the small screens. Why, even the biggest star Amitabh Bachchan got a new lease of life once he started presenting Kaun Banega Crorepati on Star TV. However, except for snail mail, there was hardly any contact between people and stars.

Reality TV changed that. TV shows like Bigg Boss (Big Brother) gave actress Shilpa Shetty the celebrity status that her films couldn’t. Similarly, actors and singers or muscle men and pretty girls who have won various contests turned instant celebrities. We have seen the frenzy which cricketers like Sachin Tendulkar, MS Dhoni and Virat Kohli continue to generate even in the digital space. Sania Mirza, Saina Nehwal and PV Sindhu are all big names, thanks to media.

Yet we had not seen the real make over of the celebrity. It was the onset of the digital age with its ubiquitous connectivity and the World Wide Web, which really set the cat among the pigeons. Suddenly the social lexicon changed. Glitterati, chatterati, Paparazzi, social influencers and Internet stars are born by the tweet and post every nano second, Paper tigers gave way to online opinion makers. People became brands. Social butterflies and drones were paid to remain celebrities. Some became famous for just being celebrities.

The Kardashaian sisters are the shining stars of this phenomenon. More recently social media has become not only the platform of choice of idolatry (or the obverse or opprobrium) but also a means of social status. The number of followers (in a large number of cases fake) determines your popularity. Celebrity hood is now an industry by itself. What is manufactured is ephemeral miasma of love or hate. A non-stop machine building or destroying phantom images.

What an always-on world has done is to speed up and amplify the process. Writer Alex Krotowski says even in the not too distant past "people" drip-fed carefully constructed nuggets of information to a roster of approved outlets. Sure, scandals happened and tongues wagged, but now, thanks to long camera lenses and a free-to-access publication platform that reaches around the world, digital technologies have upset the balance of a highly-strung industry. He goes on to add, “It's because the web works outside the consent of the business. The audience is in charge, armed with a smartphone and a Wi-Fi connection. This makes us potentially more dangerous to the celebrity than ever before. “The media apparatus that bolstered the ascent of particular personalities to public recognition was highly structured even 15 years ago, according to sociologist P David Marshall. The recent frenzy around matinee idol Sridevi’s tragic demise is case in point.

So, whether it is Narendra Modi (and Donald Trump) who rode to victory helped by clever media marketing and strong social media backing or other politicians who have amassed thousands of loyal followers. Even a Baba Ramdev or infamous Ram Rahim (who got justly lampooned later) have achieved celebrity status on social media. Twitter and Facebook with millions of followers not only create (and destroy) people but often fuel controversies.

The recent blockbuster Padmaavat was embroiled in a needless criticism based on mere speculation, fanned by social media and TV News. In fact, even businessmen like Vijay Mallya and Nirav Modi were darlings of media, social and otherwise. Yet this is a game of snakes and ladders, instant stardom often leads to even more rapid downfall. Weddings (Virushka), Funerals (Sridevi), Children (young Taimur), Vacations, Parties and even shopping become a matter of scrutiny. A single tweet becomes the fountainhead of endless debates.

As we move to bots and AI driven world it will become all the more easily to manufacture myths. The way today’s news media from Broadcast channels to blogs or merely a tweet, Facebook post, Instagram photo or a Snapchat comment can spread like a bush fire online. Public figures and stars (Showbiz, sports, music or any other field) are the most obvious igniters. Even innocent posts like the one featuring Malayalam actress Priya Varrier winking went viral and made her instant star.

In fact, often marketers try and create a viral sensation online to sell products, even people. Media feeds on celebrities and then ameobalike recreates it many times over. A section of people including social and political commentators lament about fake news these days. What they don’t realize is that the whole global myth making is fake, biased and artificial. We live in times of hyperbole and make believe so as long as this popularity suits us we are apart of it but the moment it runs contrarian to our beliefs it is fake and partisan. We are all plebeians without clothes in this digital parade.

We are now an event-based engagement economy where even a name is monetized. Out of job professionals, scribes, actors or even intellectuals appear jejune news channels because it gives them instant recognition (besides some money). TV and social media have spawned its own genus of experts and stars whose claim to fame is nightly slanging matches on TV.  Some enterprising ones have even used their trolling and/or TV appearances as a passport to enter parliament.

However, as AI and Bots come into play it will become so easy to replicate these fame and infamy models that both celebrities and their fans will have to devise new and more sustainable methods to remain in limelight. This quest for social status has made Media also more intrusive. From mere paparazzi now, the reporter’s cameras have intruded even bedrooms, hospitals and funerals. Companies are hiring influencers (who are paid to tweet, post or blog (even YouTube) products and services. The lie factory is a highly remunerative business where data is sliced and diced in an unrelenting manner 24x7.

Often, we hear voices against government attempts to access our privacy but only rarely do we hear about Media or other Public figures complain about their privacy being breached when they themselves seek publicity by hook or crook. We are living moment to moment. In hyper-networked society noise levels are so high that celebrity hunters are going to the extreme to attain their two minutes in sunshine. As a society our always-on online presence is like walking the thin edge. We are easily susceptible to hurt, anxiety, depression, euphoria or even death. No one has yet figured out the safeguards or even the perils of stardom.  Celebrities are hot air balloons which often reach dizzy height but in a matter of time fall ingloriously into deep abysses of oblivion. As writer Michael Humphrey wrote in Forbes magazine a few months ago “Has Generation Famous changed the equation for fame and fandom? If the new famous are usually performing a version of themselves rather than fictional characters, and if the audience uses the same media that made these people famous, can the lines converge?”

Nothing is more transient than a celebrity today.

(As first published in DailyO - https://www.dailyo.in/voices/digital-world-twitter-facebook-celebrities-artificial-intelligence/story/1/22917.html)